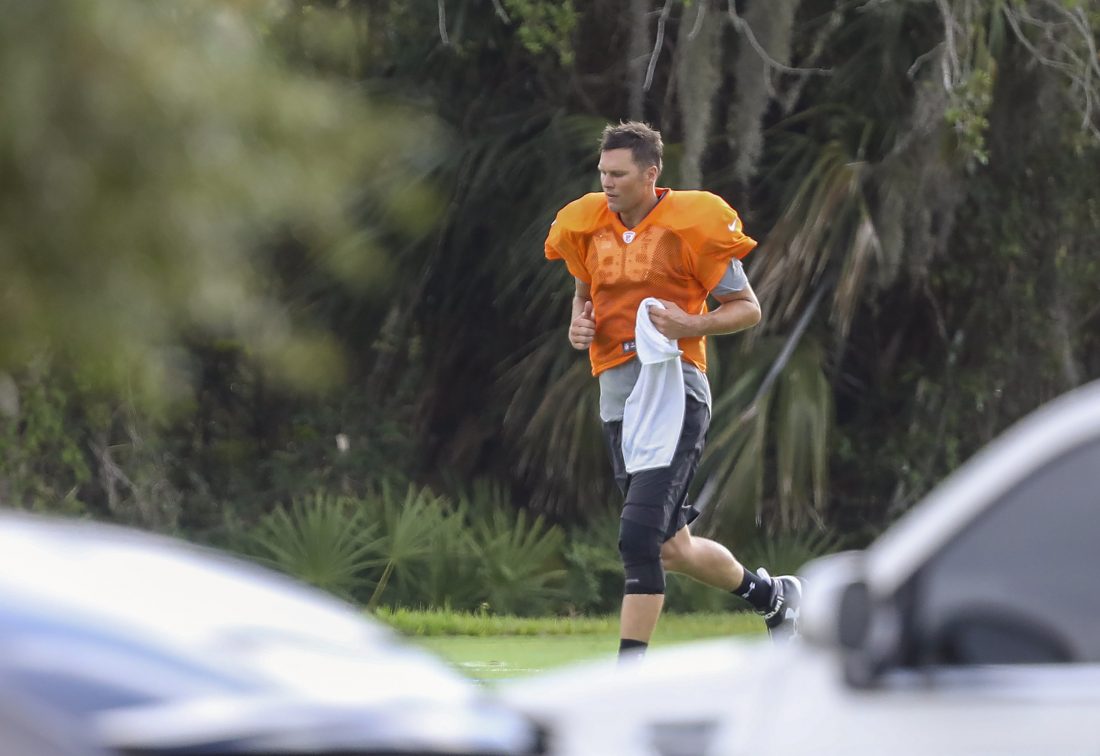 A limited number of NFL teams are reopening their training facilities Tuesday, while many are prohibited by government restrictions during the coronavirus pandemic.

Commissioner Roger Goodell gave the 32 clubs the go-ahead for limited reopenings as long as state and local municipalities allow them. Coaching staffs and all players except those undergoing injury rehabilitation are barred from the facilities in the first phase of the league’s plan.

With such states as California, New York, New Jersey, Washington, Illinois, Michigan, Massachusetts and Virginia still under heavy restrictions, that immediately leaves 12 franchises unable to use their facilities. The Raiders, headed for Las Vegas for the upcoming season, still have their training complex in Alameda, California.

The Packers, Ravens, Dolphins, Vikings, Titans, Buccaneers, Browns, Panthers, Saints, Eagles and Packers have chosen not to reopen Tuesday. Cincinnati expects to reopen on Wednesday. Jacksonville has set May 26 for its reopening, and Denver also is targeting next week.

Among the teams taking advantage of using their buildings on the first day they are allowed are the Cowboys, Falcons, Texans, Cardinals, Chiefs and Colts.

“We’ve spent the entire quarantine period preparing to reopen,” the Colts said in a statement, “… but it will be very gradual and deliberate. And of course we’re taking steps to make sure we’re in compliance with state and local regulations, and NFL and CDC guidelines.”

That means primarily employees that must be in the office to do their jobs: people who need to access files that are only at the office; maintenance workers; trainers; and technology workers.

Those people will have their temperature taken when entering the building and must wear personal protective equipment. The Colts have set up one-way hallways with arrows on the carpet pointing to the proper direction, and there will be limits on how many people can be in rooms at the same time.

Coach Frank Reich was realistic about a full return to the training complex.

“Other than that, as soon as we can get more players in the building — we want that to make up for a little bit of lost time. The sooner we can get together and get out there working, the better it will be.”

Cowboys owner Jerry Jones took part in an owners conference call from the team’s practice facility, The Star. About two dozen staffers were present at the complex.

The Steelers are doing a soft reopening Tuesday mainly for medical personnel and rehabbing players. They expect to ramp up use of their facility next week under league guidelines.

As the Cardinals reopen, only essential staffers will be involved, far fewer than the 75 allowed at the facility. The Super Bowl champion Chiefs also opted for a soft opening, as did the Falcons, with only about 15 people at their complex on Tuesday. Those numbers will increase over the next week.

“The fact that some teams can get in today with limited staff in non-football functions, we didn’t think in any way, shape or form that created a competitive balance issue,” said Falcons President Rich McKay, who also is co-chairman of the league’s powerful competition committee.

The Falcons train in Flowery Branch, Georgia, about 45 miles from their downtown Atlanta stadium.

“There’s one entrance to come in and out of. There’s all the social distancing to be complied with,” McKay added. “Everyone’s temperature is checked at the door and you’re asked a series of questions. Everyone must put gloves on and wear a mask the whole time unless they’re alone in a closed office. We don’t have the cafeteria open. We don’t have the team meeting rooms open.

“As we move around building, we’ll see if there are areas that give us a challenge and go from there.”

The Texans sent less than 10 people to their facility, and said, “We are considering this Phase Zero which will lead in to Phase 1 (up to 70 to 75 people) in the future.”

The Vikings are one of the teams to delay their return to their facility. Star receiver Adam Thielen notes it’s important not to rush things.

“When they say it’s OK,” he said of when he anticipates players being approved to enter team facilities.

“I’m not paid to know when that is, but when they say it’s OK to be back and the facilities open up to players, I’ll be there, and I’ll be comfortable with it. I’m trying to control what I can control. That is not one of those things that I can control.

“For me, I’m leaving it up to the professionals, and when they say we can go back and we can start practicing, I’ll be there and I’ll be excited to be back.”

Goodell has extended virtual workouts for teams through most of June. All of the clubs normally would be having organized team activities (OTAs), which are voluntarily, at this time.

“That protocol was developed with a lot of input from not only infectious disease and public health expects, but the CDC and others,” Dr. Allen Sills, the NFL’s chief medical officers, said of the league’s phased program for reopenings.

“I’ve used the phrase that we want to walk, then jog, then run as we talk about how we reopen our facilities.”

According to the Tampa Bay Times, though, new Buccaneers quarterback Tom Brady worked out with teammates at a local high school Tuesday morning.