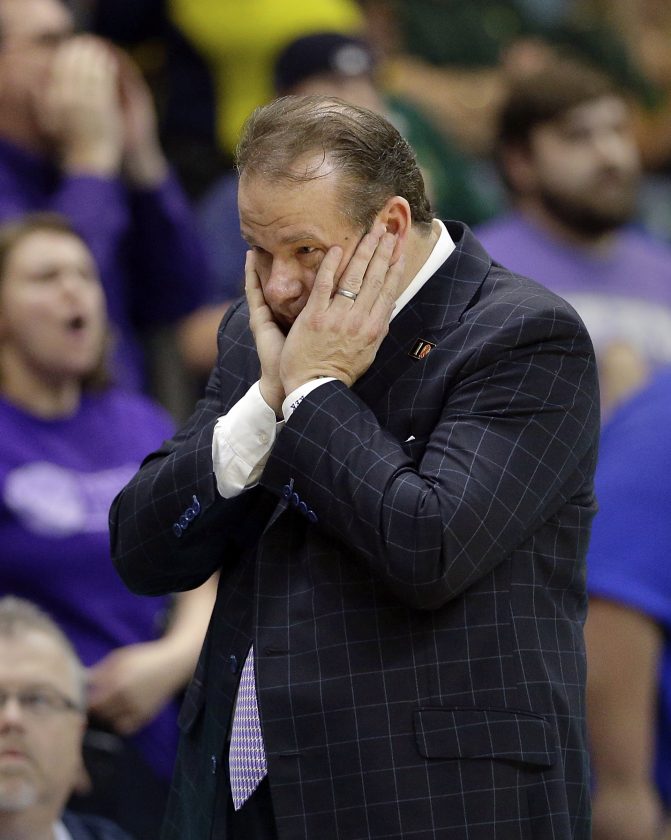 HOUSTON (AP) — Stephen F. Austin received postseason bans for having low scores on the NCAA’s Academic Progress Rate and agreed Wednesday to several sanctions including probation, scholarship reductions and the forfeiture of wins for the improper certification of 82 student-athletes.

Along with the bans for the low APR scores, the school agreed with the NCAA to several sanctions because of the improper certification of 82 student-athletes for competition from 2013 to 2019, meaning they competed while ineligible, a Level 1 violation. The school also acknowledged that it failed to exercise institution control when it did not detect or remedy the errors in a timely manner.

The three teams from the school in Nacogdoches were on a nationwide list released Tuesday that faced bans for posting a four-year score below 930. The scores are based on academic eligibility, graduation and retention. Athletes receive one point a semester by remaining academically eligible and another if they graduate or come back to school for the next term.

Stephen F. Austin’s men’s basketball team had the lowest score of any team in Division I at 810 and its football program was one of six other Division I teams nationwide that fell below 900, at 894.

The school’s baseball team also fell below the 930 mark.

The most severe of the sanctions from the improper certification includes three years of probation, a public reprimand and censure, and a fine of $5,000 plus half of 1% of the total budget for men’s basketball and football.

Stephen F. Austin also agreed to return 50% of its financial share earned from participating in the 2016 NCAA Tournament and forfeited 289 victories in four sports where ineligible student-athletes participated. That includes 117 victories by the men’s basketball team from 2014-2019, 112 wins in baseball from 2015-2019, 29 wins in football from 2013-19 and 31 softball victories in 2018.

By vacating those wins, the men’s basketball team forfeits three conference championships and its victory in the first round of the 2016 NCAA Tournament. The school will remove banners recognizing those accomplishments from its coliseum.