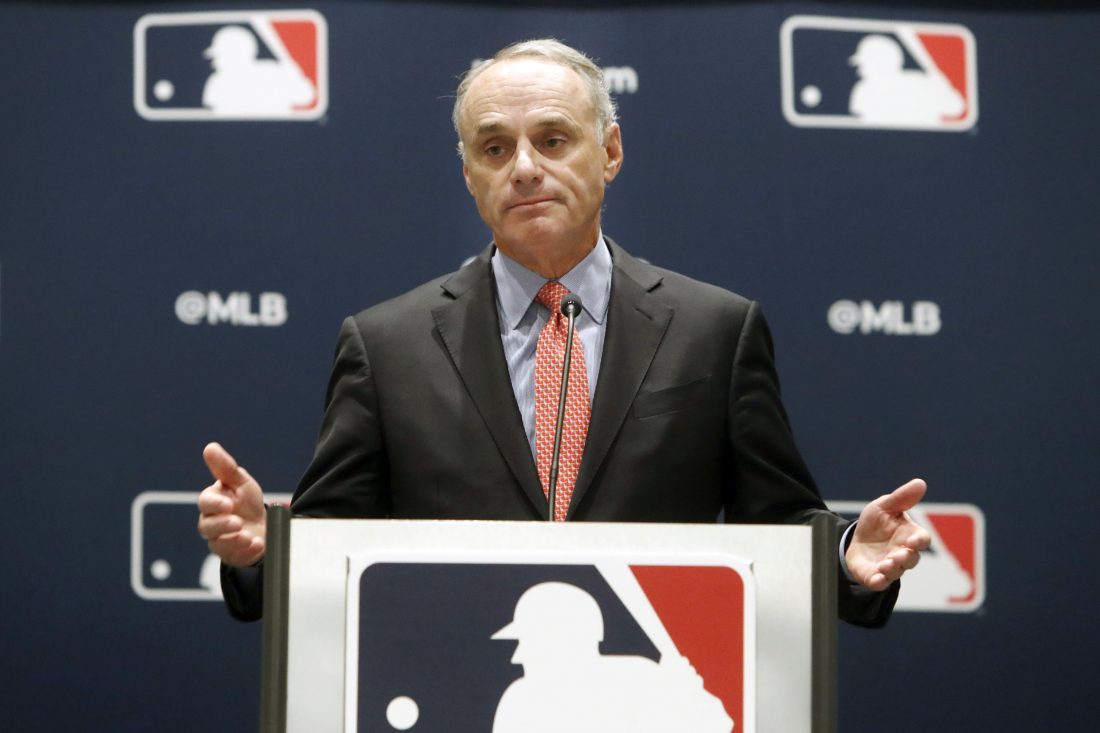 FILE - In this Nov. 21, 2019, file photo, baseball commissioner Rob Manfred speaks to the media at the owners meeting in Arlington, Texas. Major League Baseball rejected the players' offer for a 114-game regular season in the pandemic-delayed season with no additional salary cuts and told the union it did not plan to make a counterproposal, a person familiar with the negotiations told The Associated Press. The person spoke on condition of anonymity Wednesday, June 3, 2020, because no statements were authorized. (AP Photo/LM Otero, File)

NEW YORK (AP) — If Major League Baseball and its players take the field for a coronanvirus-delayed 2020 season, it will be after acrimonious negotiations that resemble their labor war of a generation ago.

MLB rejected the players’ proposal for a 114-game regular season with no additional salary cuts, and will turn its attention to a shortened slate of perhaps 50 games or fewer. Owners last week proposed an 82-game schedule starting in early July.

“We do not have any reason to believe that a negotiated solution for an 82-game season is possible,” Deputy Commissioner Dan Halem wrote in a letter Wednesday to chief union negotiator Bruce Meyer that was obtained by The Associated Press.

MLB’s plan included a sliding scale of pay decreases that would leave players at the $563,500 minimum with 47% of their original salaries and top stars Mike Trout and Gerrit Cole at less than 22% of the $36 million they had been set to earn.

Players insisted they receive the prorated salaries agreed to in a March 26 deal, which would give them 70% pay at 114 games. That agreement called for the sides to “discuss in good faith the economic feasibility of playing games in the absence of spectators.” The union has said no additional cuts are acceptable.

There has not been a schedule averaging fewer than 82 games per team since 1879.

“Despite what it sounds like with some of the Twitter bickering back and forth and some of the posturing back and forth, I am optimistic that we are going to play baseball this year,” Milwaukee president of baseball operations David Stearns said. “I’m optimistic that both sides genuinely want to play baseball this year, that there’s a path to doing so, even if it’s a shorter season, even if it’s 50 games.”

Ballparks without fans appear certain due to the pandemic. MLB claims large losses due to the virus, which the union disputes, and teams want additional salary reductions. Halem said 27 of the 30 teams would lose money with each additional game.

A 50-game schedule would result in players receiving about 30% of their full salaries under the March 26 deal.

“You confirmed for us on Sunday that players are unified in their view that they will not accept less than 100% of their prorated salaries, and we have no choice but to accept that representation,” Halem wrote.

“Nonetheless, the commissioner is committed to playing baseball in 2020,” Halem added. “He has started discussions with ownership about staging a shorter season without fans.”

Halem ended his letter by telling Meyer “we stand ready to discuss any ideas you may have that might lead to an agreement on resuming play without regular fan access in our stadiums.”

MLB wants to start the season in early July, and Halem wrote an agreement would have had to be reached by June 1 in order to reopen training camps by June 10. That would leave three to four weeks of preparation, which Halem said is the “wide consensus.”

“We are opposed to rushing to begin the season and then subjecting players to a grueling schedule,” he said.

Players made their proposal Sunday, five days after management’s initial economic plan. Opening day would be June 30 and the regular season would end Oct. 31, nearly five weeks after the Sept. 27 conclusion that MLB’s proposal stuck to from the season’s original schedule.

MLB does not want to play past October because it fears a second wave of the coronavirus could disrupt the postseason and jeopardize $787 million in broadcast revenue. Halem cited MLB’s infectious disease consultant, Dr. Ali Khan, Dean of the College of Public Health at the University of Nebraska.

“It is not in the collective interest of clubs or players to begin a 2020 season and subsequently be forced to suspend or cancel it before the completion of the postseason,” Halem wrote. 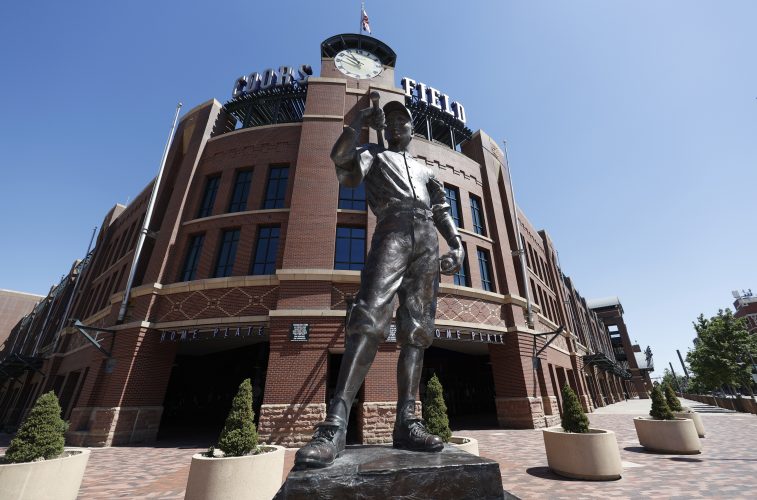