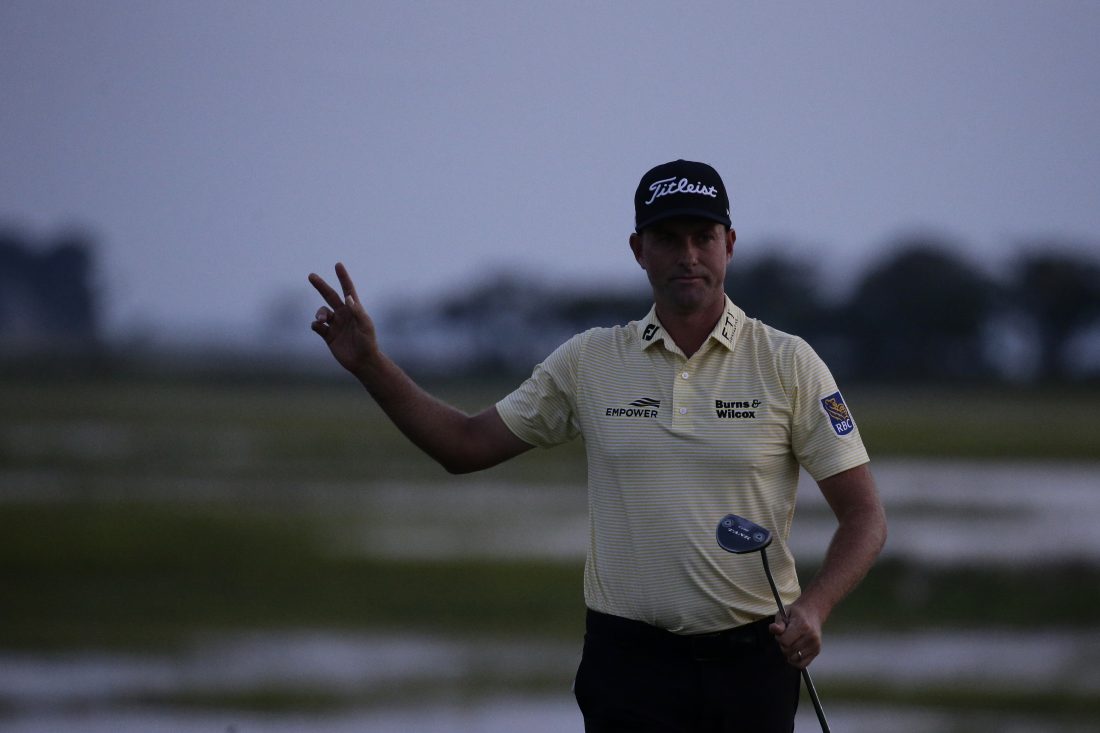 Webb Simpson waves as the sun disappears on the 18th green, on a course with no fans due to the COVID-19 pandemic, during the final round of the RBC Heritage golf tournament, Sunday, June 21, 2020, in Hilton Head Island, S.C. (AP Photo/Gerry Broome)

HILTON HEAD ISLAND, S.C. (AP) — Webb Simpson celebrated another victory on Father’s Day, this time with a tartan jacket instead of a U.S. Open trophy.

In a wild sprint to the finish after a three-hour storm delay, Simpson ran off five birdies in a six-hole stretch on the back nine at Harbour Town and closed with a 7-under 64 for a one-shot victory over Abraham Ancer.

Simpson won the U.S. Open at Olympic Club in 2012. The U.S. Open has been scheduled to end on Father’s Day every year since 1976, but it was moved to September this year because of the COVID-19 pandemic.

The RBC Heritage filled the spot on the schedule and Simpson, now a father of five, became a winner for the second time this year with a record score at Harbour Town.

He didn’t have much of a choice with so many low scores on a soft course with little wind. He finished at 22-under 262, breaking by two the tournament record set by Brian Gay in 2009.

“It was a crazy day,” Simpson said. “I didn’t get it going until 12 and then the putts started going in and I started getting confident. It’s amazing to be standing here right now.”

Simpson, who won the Phoenix Open in February, moved to No. 5 in the world. He also moved to the top of the FedEx Cup.

It was a tough runner-up finish for Ancer, trying to become the fifth straight winner of the RBC Heritage to capture his first PGA Tour victory at Harbour Town. He hit all 18 greens in regulation and tied for the lead with a bold fairway metal over the trees to the par-5 15th that set up a two-putt birdie. He also stayed in the game with a birdie on the 17th.

There was just no catching Simpson, whose only birdies were on the par 5s on the front nine until he couldn’t miss. He rolled in birdie putts from 10 feet and 20 feet on the 12th and 13th, two-putted for birdie on the 15th and then sealed it with two more birdies from 15 feet and 18 feet.

Colonial winner Daniel Berger also stayed in the mix by chipping in for birdie on the 17th and closing with a 65. Tyrrell Hatton, whose last tournament was his victory in the Arnold Palmer Invitational, was leading until a poor tee shot led to bogey on the 13th, and bogeys were hard to recover from on this day. He shot 66 and tied for third.

Dylan Frittelli had the low score of a tournament filled with them, a 62 that put him in the lead before the final groups even teed off. Justin Thomas had a 63 and tied him. Both knew it wasn’t going to hold up, especially after returning from a storm delay to still conditions and even softer conditions.

But it led to a carousel of contenders, and even Brooks Koepka got in the mix.

Koepka hit driver on the 331-yard ninth hole that hit on the slope above the bunker and settled 3 feet for his eagle. He birdied the next two to get within one of the lead, but his hopes ended with a 5-foot birdie putt he missed on the par-5 15th. Koepka missed a pair of 5-foot par putts on the front nine.

He closed with a 65 and finished seventh, his best result since the Tour Championship.

“Six months off — three with the lock down and then three on my knee — so yeah, it feels like it’s been a really long time since I’ve even felt some juices flowing,” Koepka said. “It just felt nice to be in contention.”

Rory McIlroy closed with a 70 and tied for 41st, his second straight result out of the top 30 after going seven consecutive events worldwide with no finish worse than fifth.

The PGA Tour now heads to the Connecticut for the Travelers Championship, and it’s still to be determined who will be playing until coronavirus tests are released for those on the charter flight.

The uncertainty stems from the first positive test — Nick Watney on Friday — along with 11 tests for those who had been in close contact with Watney. Until the first tournament back at Colonial in Fort Worth, Texas, the area around Harbour Town was crowded with the start of summer vacation.

Those not on the charter will be tested upon arrival in Connecticut. Any positive test means a player must withdraw. 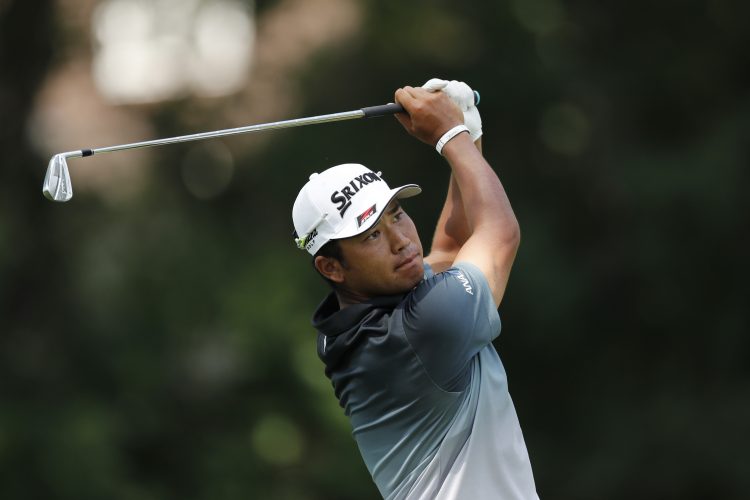 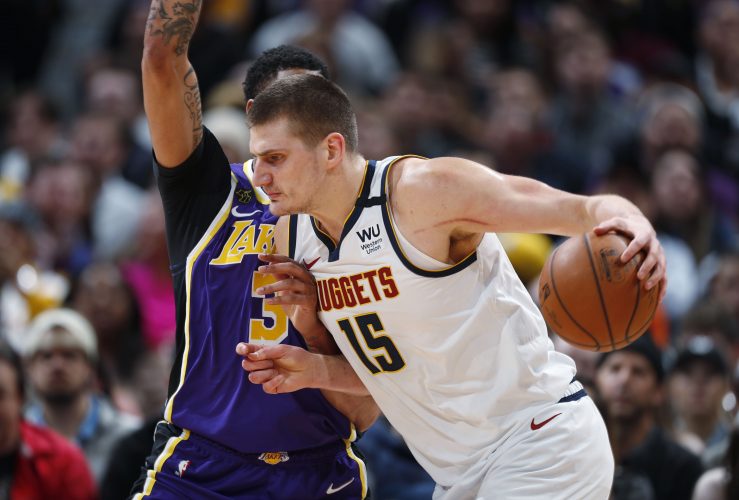