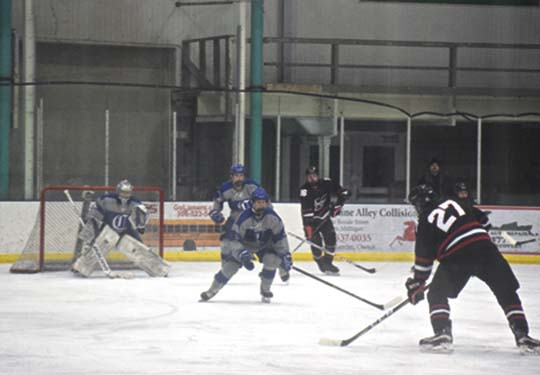 “I thought we kind of did what we’ve been doing the last few weeks,” said Copper Kings coach Dan Giachino. “We’ve been playing some really good solid hockey. I thought we controlled the puck in the offensive zone and generated some good scoring chances. (The) power play was very good tonight.”

Copper Kings senior forward Rylan Anderson got the hosts on the board 2:06 into the contest, assisted by forwards Seth Coppo and Alex Mattila.

The Copper Kings took a two-goal lead at the end of the first period just as Redman goaltender Tyler Bergwall fell to his knees in an effort to make the save as Tanner Rowe found the back of the net on the power play.

Calumet locked in three more tallies in the middle frame.

Sam Erkkila and Rylan Anderson set up Gabe Coppo at 1:43. Cam Kauppinen passed to Dean Loukus for a goal at 4:16. Nolan Jenich finished off a pass from Hunter Rowe at 6:10, putting Calumet up 5-0.

Marquette finally got on the board 44 seconds later when a defensive breakdown allowed Ryan Baldwin to get an unassisted break between the skates of Copper King goaltender Alex Studebaker for a breakaway goal.

Calumet closed out the middle frame with another man advantage goal, this time from Brent Loukus. Tanner Rowe and Dean Loukus assisted on the goal.

“I thought our penalty kill was good in the first period,” said Giachino. “We had a penalty or two to kill there and we did a nice job with that. We had one little break down, we gave them a break away (goal, but) other than that we played pretty clean defensively. It’s the way we need to be playing at this point in the season.”

The only goal in the final period came off a pass from Rowe to Brent Loukus, who shot in from the middle of the blueline at 9:18.

“I thought that was the biggest thing. We used our speed (and) moved our feet and we attacked right from the get go. When we get in that mode early in the game, we can put the puck in the net and get on top of teams.”

“I thought we couldn’t match their speed,” said Jones. “They’re a good team. It’s just something that we have to adjust to. It’s always hard to play here too, this is not an easy building. We have to pick up the pace for playoffs. I didn’t think we played bad there’s definitely some things we could improve on.”

Jones highlighted the play of sophomore goaltender Brennen Hakkola who started in the second period.

“I think we need to move the puck faster and just pick up the overall paice” said Jones. “I thought Brennen Hakkola, the goalie came in, played well. I thought he played strong.”

Marquette will face Kingsford in the first round of the postseason.

“We’re going to play Kingsford next Tuesday,” said Jones. “That’s going to be our first playoff game. It’s going to be the same matchup as last year for the playoffs. Last year we lost to them so hopefully this year we can bounce back and get the win. I think we need to pick up the intensity in practice (and) just get ready to battle.” 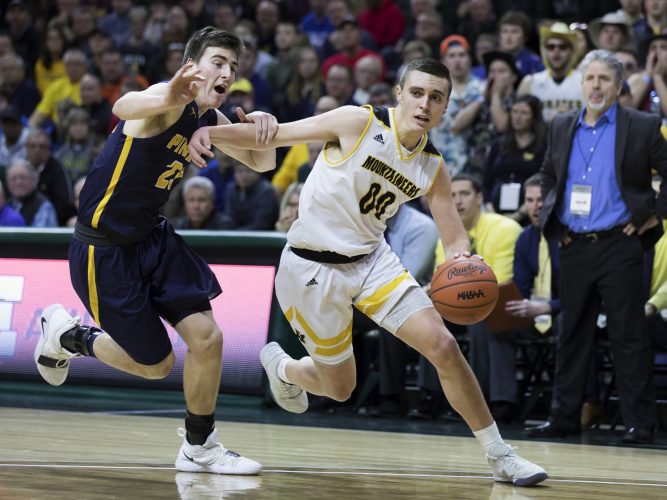