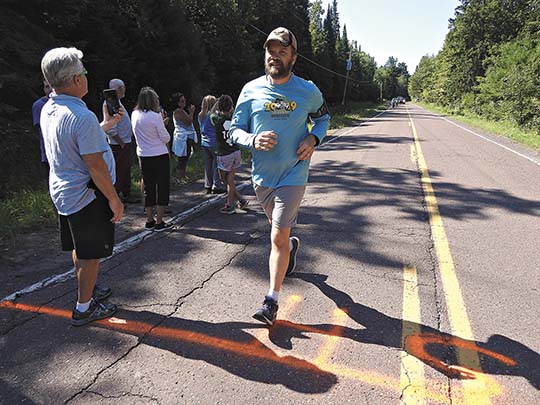 BOOTJACK — A couple of friends started walking together in April. Their walks quickly snowballed into Saturday’s inaugural Bootjack Fun Run, where more than 200 runners and walkers helped raise money for a worthy cause.

It began in April, When Rita Krans had started walking and working out with John Croze. They decided on a fun run. First, they invited friend Lizzie Maki.

“And then we were like, ‘No we should invite all of our friends,'” said Krans, who co-directed the race with Croze and Maki. “And it turned into ‘Let’s invite the whole U.P.'”

The group made another decision. They started a non-profit for the fun run, with the proceeds going to a different cause each year.

For the inaugural year, the group raised $3,000 for the Bootjack First Responders. 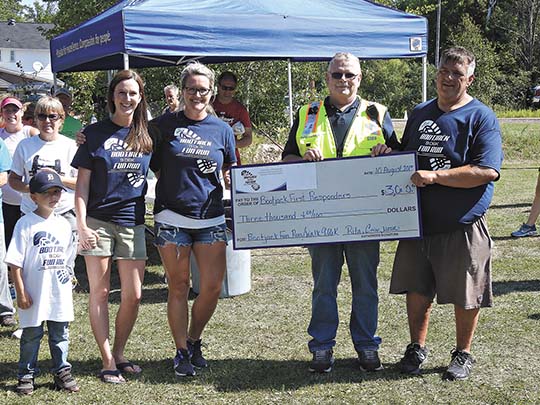 “I think it’s phenomenal, because for the first responders, all of our money is raised by fundraisers or donations,” said Dan Sarazin, chief of the Bootjack Fire Department. “This is an unbelievable event they’ve put together. For the first time, I can’t believe how well it went.”

The youngest racer was 5, and the oldest 90, Croze said.

“It’s a celebration of friendship, so everybody can enjoy each other and have refreshments,” Kranz said. “And we have swimming off the dock.”

Participation sprinted past the first goal of 100. And Krans’ own lofty goal of 150.

The full race was 9.06 kilometers — about half that for walkers.

Sam Newman and Emma Newman of Mohawk said it had been a good run — “Nice and flat,” Sam said.

“It’s really cool to see all the people that came out,” Emma said. 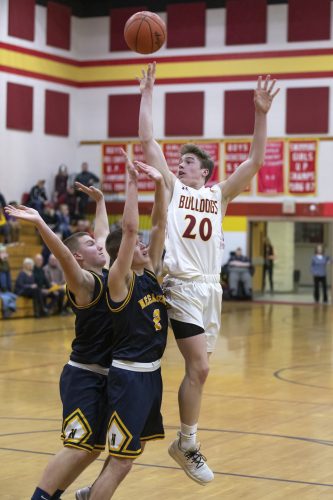 COLERAINE, Minn. — Michigan Tech’s Sarah Goble stood atop the podium of the 5K skate at the CCSA Mt. Itasca ...

BEMIDJI, Minn. — Michigan Tech skated to a 1-1 tie at Bemidji State Saturday. The Beavers scored 2:34 into the ...