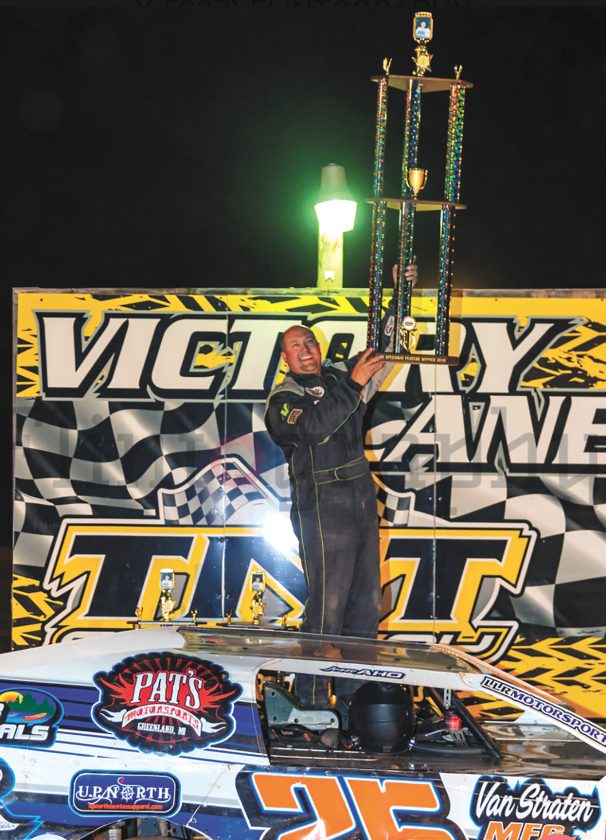 Houghton County’s Jesse Aho captured his sixth track championship at a northern Wisconsin dirt stock car track, and his cousin, Alyssa White, took third in the points at a North Dakota track recently. The family ties for both go deeper than being cousins.

Alyssa’s mother Gina was also a racer at Adventure Mountain.

The DNA for Aho is now in the genes of Jesse and Shaina’s sons.

“My wife and three boys came racing with me just about every night this year,” said Jesse. “Cooper and Carter love racing and it’s just a matter of time before they will be turning laps. I am very fortunate to get amazing support from my family.” 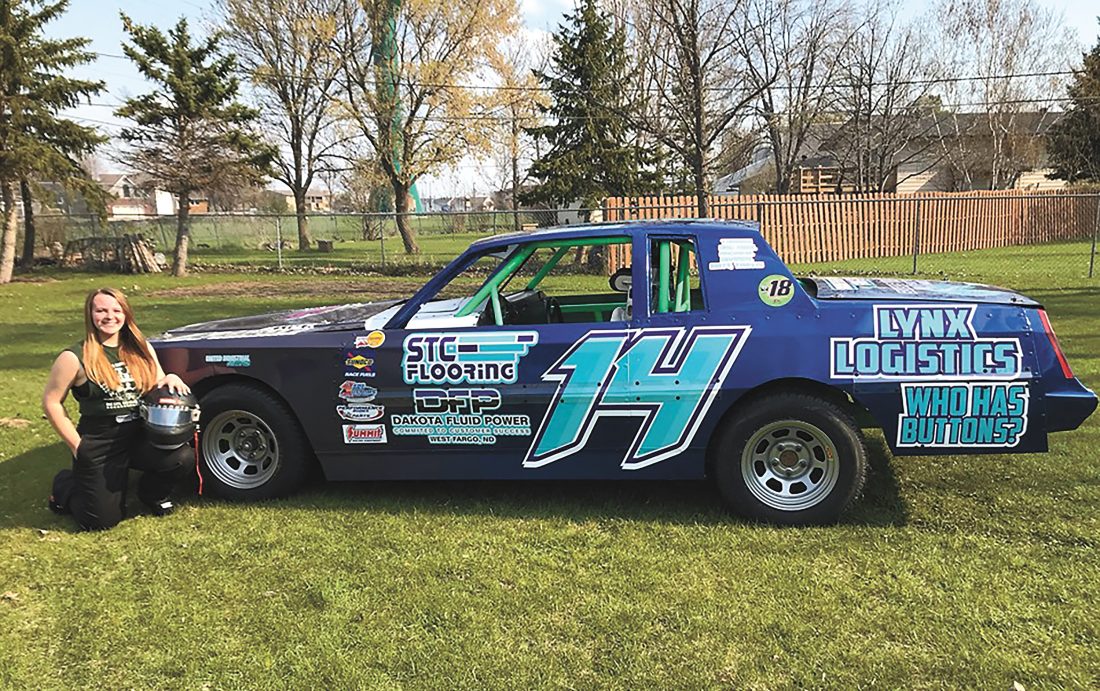 Both Aho and White have the support and knowledge of their fathers when it comes to working on the cars at home and at the track. Alyssa’s father, Jim, has been around racing for decades helping his wife when she was racing, and now helping his daughter.

The Whites are originally from Ontonagon, but now call Fargo, North Dakota, their home. They make the trip back every summer to race at the tracks that Aho races in northern Wisconsin.

Aho, from Toivola, had followed the same path as he also started racing at a young age. He is now one of the top racers in the competitive Midwest Modified Class. He ran at nine different tracks this summer, including tracks in Wisconsin, Minnesota and North Dakota.

“We plan to finish this year at the WISSOTA 100 in Fergus Falls, Minnesota, and the Red Clay Classic in Ashland, Wisconsin,” Aho said. “We recently won the Labor Day Shootout at TNT Speedway in Three Lakes, Wisconsin.”

Aho also credits his father for his help and support.

“We started the year out with a new car,” said Jesse. “My dad was a huge help on getting the car put together in time for the regular season. Within a few races, we had it figured out and the car has been awesome all year.”

Aho’s father talks about his pride in his son.

“Jesse usually worked his way from the back to challenge for the lead,” Dave said.  “He’s not afraid to race through traffic.”

Both would like to see Adventure Mountain Speedway reopen. It will come down to a couple Ontonagon County residents trying to find people and money to repair the lighting for the track and other electrical services.

“We tried getting some help from our elected officials and they were unable to find the funds,” Larry Grieg said. “Right now it is not looking good that the track will reopen in 2020.”