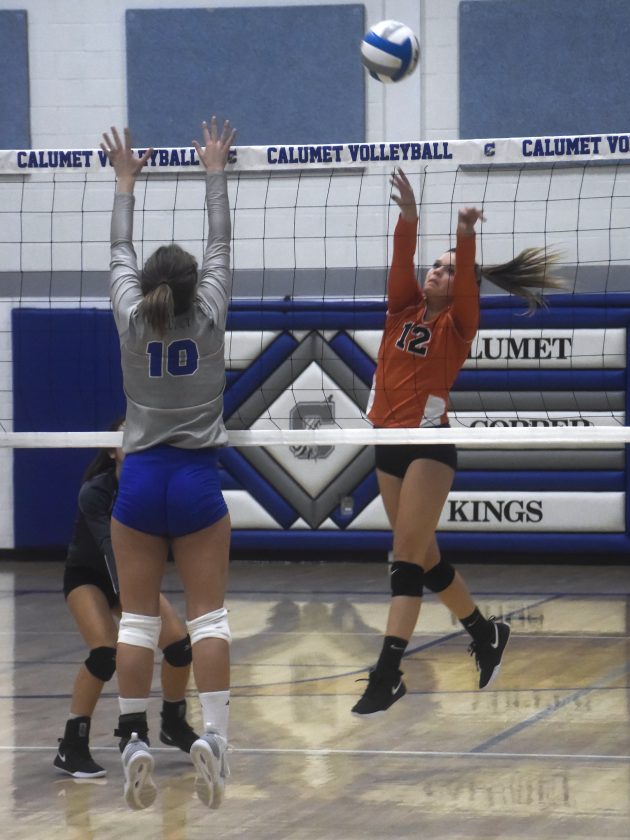 CALUMET — From the first serve to the last kill, Tuesday night’s volleyball match belonged to the Copper Kings.

“We played well as a team,” said Calumet head coach Matt Laho. “We are building off our last two wins making sure we are getting good passes and our setters can set.”

Senior Molly Larson led the charge for the Copper Kings (15-10) with a number of strong service runs including six aces. She also had an impressive 18 kills. Senior Kristi Keranen had four aces.

“Molly really came alive with some big swings for us,” Laho said.

In many ways the Copper Kings let the Gremlins beat themselves as they just kept feeding the ball over the net.

“We work hard on that in practice,” Laho said. “We focus all the time on what we can control and that means not making errors on our side of the net. That all came together tonight.”

“We couldn’t pass serve,” he said. “It was simple as that. We didn’t move well enough, and we didn’t anticipate enough. We didn’t get to the ball well enough and we consequently gave them (Calumet) too many free balls. When you give a good team like that free balls, they are going to put it to you and that is exactly what Calumet did.”