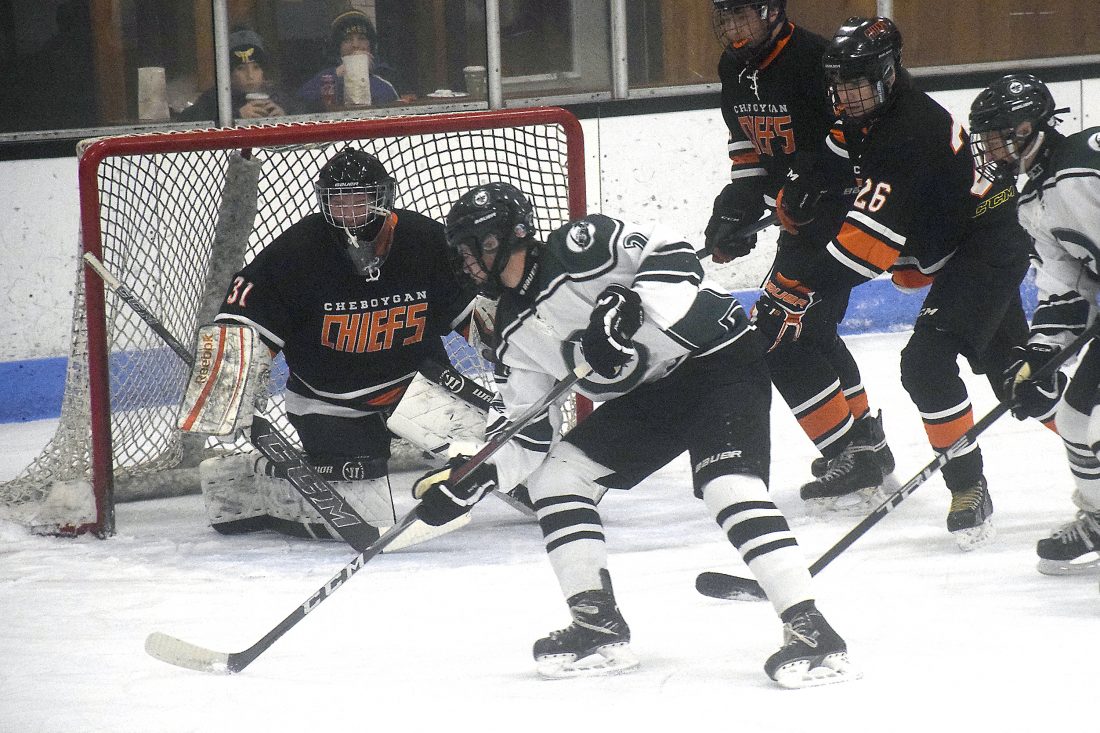 HOUGHTON – The Jeffers Jets opened up their 2019-20 hockey season with an 8-0 shutout victory against the Cheboygan Chiefs Friday night at the Dee.

An older and more experienced Jets team dominated the ice from the opening draw to the final goal which was scored at the 10:04 mark in the third period. That goal ended the game early due to the eight-goal mercy rule in high school hockey.

The Jets put their first goal in the net for the season at the 7:18 mark in the first. Senior forward Noah Asiala shot a loose puck past Chiefs goalie Scott Pavwoski and found the back of the net.

With only 15 seconds left in the period, Jets senior David Storm would make the score 4-0 when he connected on one in front of the Chiefs net.

Jets head coach Pat Nettell said he was pleased with the play of Rocchi and his two goals in the first . He, along with juniors Luke Marcotte and Kyler Hillstorm make up the Jets first line.

“All three are veteran players,” Nettell said. “All three have speed and grit and that is what we are looking for this year.”

The second period looked a lot like the first. The Chiefs spent a lot of time trying to set up their offense with little success and instead played defense most of the period. Halfway through the second, Hillstrom got his first goal of the year as he launched one from the slot that flew past the Chiefs net minder.

At the 5:52 mark, Marcotte got his first tally of the season as he took a pass from Rocchi and slipped it past Pavwoski on the left side of the crease. The Jets led 6-0 after 34 minutes of play.

It took less than 30 seconds into the third period for the Jets to score again. This time it was sophomore Brandon LaVigne who scored at the 16:26 mark. Aiden Kinnunen then put the game away with 10:04 on the clock with a pass from Storm and a puck that slipped through the pads of the Chiefs goalie.

It wasn’t a good night for us,” said Chief’s head coach Craig Coxe . “We only have one senior and six guys who have never played high school hockey before. We have a lot to learn. We do not have a lot of talent, and thus we need to learn to play as a team. We have 25 more games to do so.”