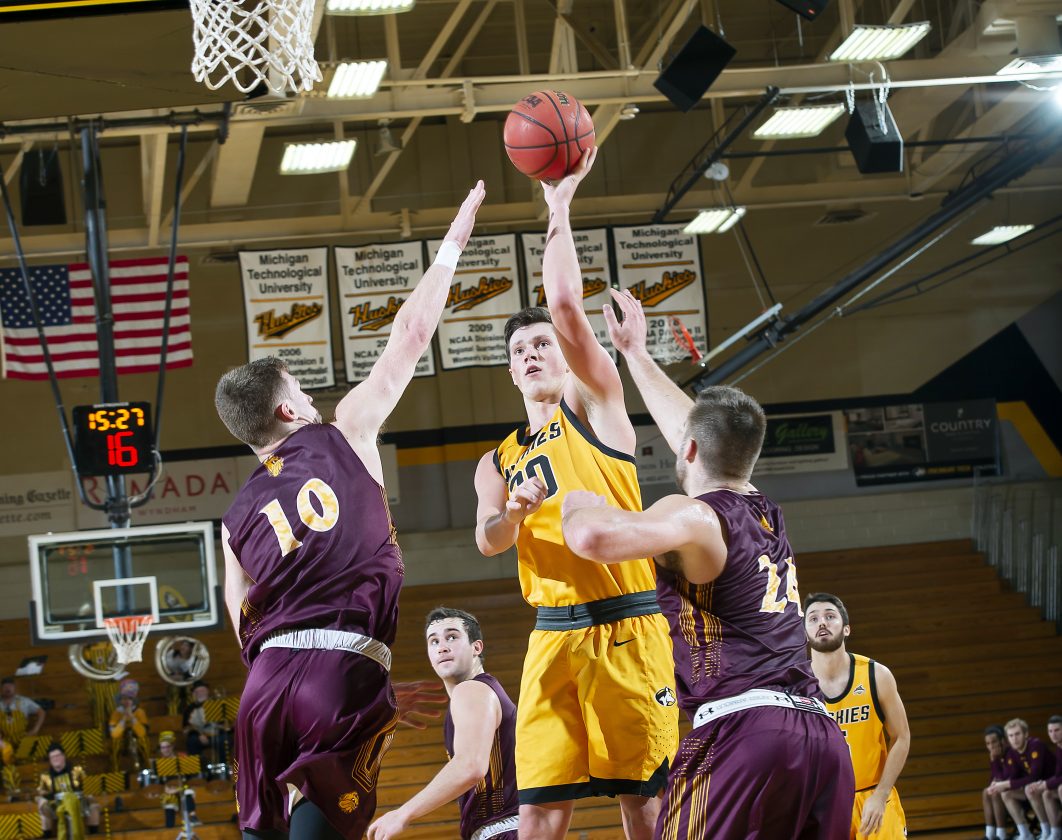 It’s the second week in a row that a Husky has earned GLIAC Player of the Week honors with senior guard Tommy Lucca receiving those accolades last week.

Monroe, from Green Bay, Wisconsin, helped the Huskies to a pair of wins at the Seawolf Thanksgiving Classic hosted by Alaska Anchorage last weekend. Tech rallied for wins both nights as Monroe poured in 26 points in an 83-80 victory over Anchorage Friday followed by 15 points against Fairbanks in a 65-57 triumph Saturday.

Monroe converted on 48.4 percent of his shots from the field in the two games combined while producing 10 rebounds, seven assists, and three steals over the course of two games. Monroe was named the tournament’s most outstanding player.

On the season, Monroe leads the Huskies in scoring at 21.3 points per game while hauling down a team high 6.8 rebounds each time he takes the floor. In addition, Monroe is dishing out 2.3 assists per game so far in 2019-20. Monroe’s first GLIAC North Division Player of the Week award this season was handed out on November 12.