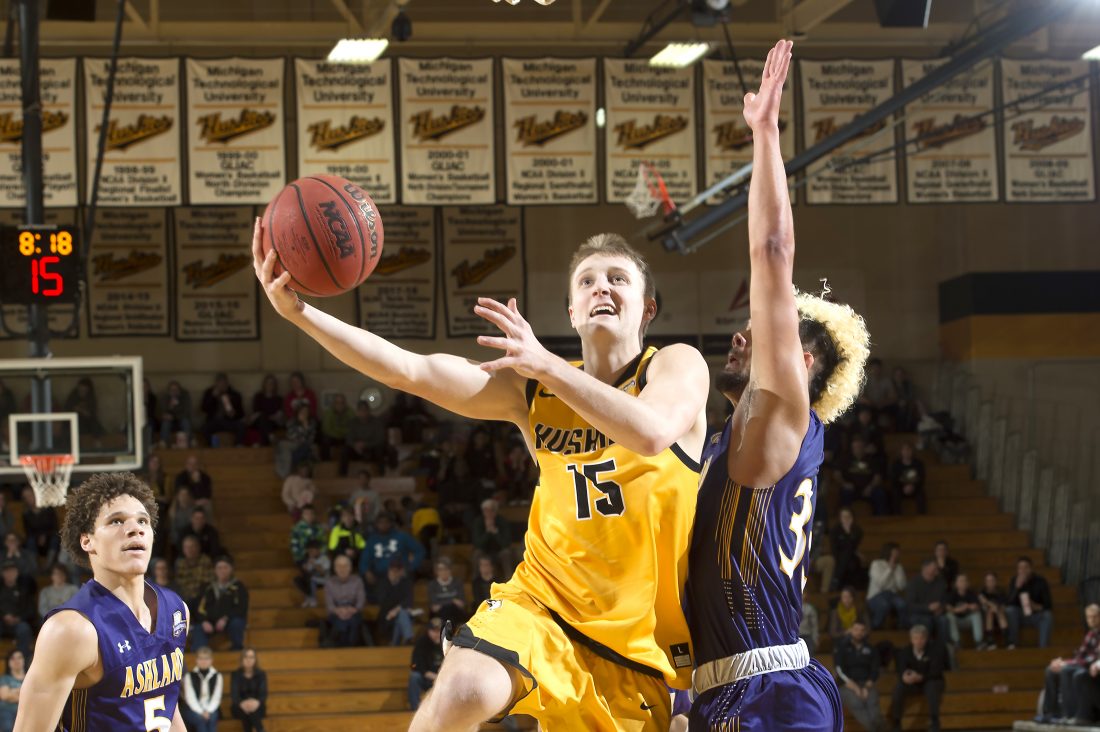 The game capped off a seven-game homestand in which the Huskies (10-3, 4-1 GLIAC) went 6-1. Tech’s only loss during this home stretch, which began in the first week of December, was a 64-61 loss to Northern Michigan University on Dec. 15 at the buzzer.

The conference win against Ashland (7-6, 0-5 GLIAC) was a team effort by MTU. Four Huskies scored in double figures, including Kyle Monroe’s 24 points and Tommy Lucca’s 15. Owen White had 14 points and Isaac Appleby scored 12.

“I like the way we spread the wealth today with our passing and looking to get plays inside and out,” Michigan Tech head coach Kevin Luke said. “We have to continue to stay true to the game plan and stay true to us.”

Monroe opened the game with a 3-pointer and the Huskies were off and running. The game was tied at eight at the 15:46 mark and at 12 at 12:41. Tech then hit a cold spell for several minutes as they could not find the hoop. Luckily, however, the Eagles did not fare too well on their own during the spurt.

Monroe broke a 21-21 tie with another three-point shot with 4:25 left to go in the first. It sparked an offensive run that push them up with a 12-point 40-28 point-lead at the half.

Coach Luke said Saturday’s game was one of the best defensive efforts his team has put up so far this season. For instance, Ashland turned the ball over 21 times and the Huskies converted that to 30 points.

“No matter what the score is if you defend, you are always going to give yourself a chance to win,” he said.

“We defended him well by doubling up on him,” Luke said. “When you are worried about being doubled up on, it throws your game off. Credit goes to our guys for doing that tonight.”

Coming out of the locker room the Huskies maintained their strong play and quickly moved the lead to 19 points within the first six minutes of the second half. At that point, the game was out of reach for Ashland, and Tech cruised to victory.

The Huskies visit Parkside University on Thursday and then Purdue Northwest on Saturday.

“It will be a test for us,” Luke said. “Both of these teams are good and they play hard. Anytime you go on the road you don’t know what to expect.” 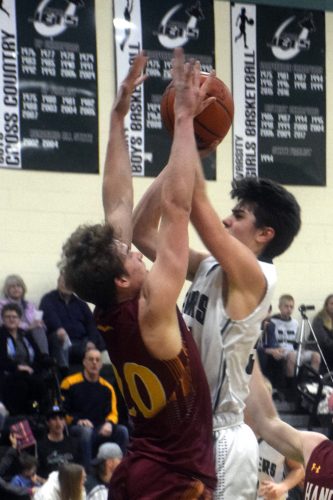