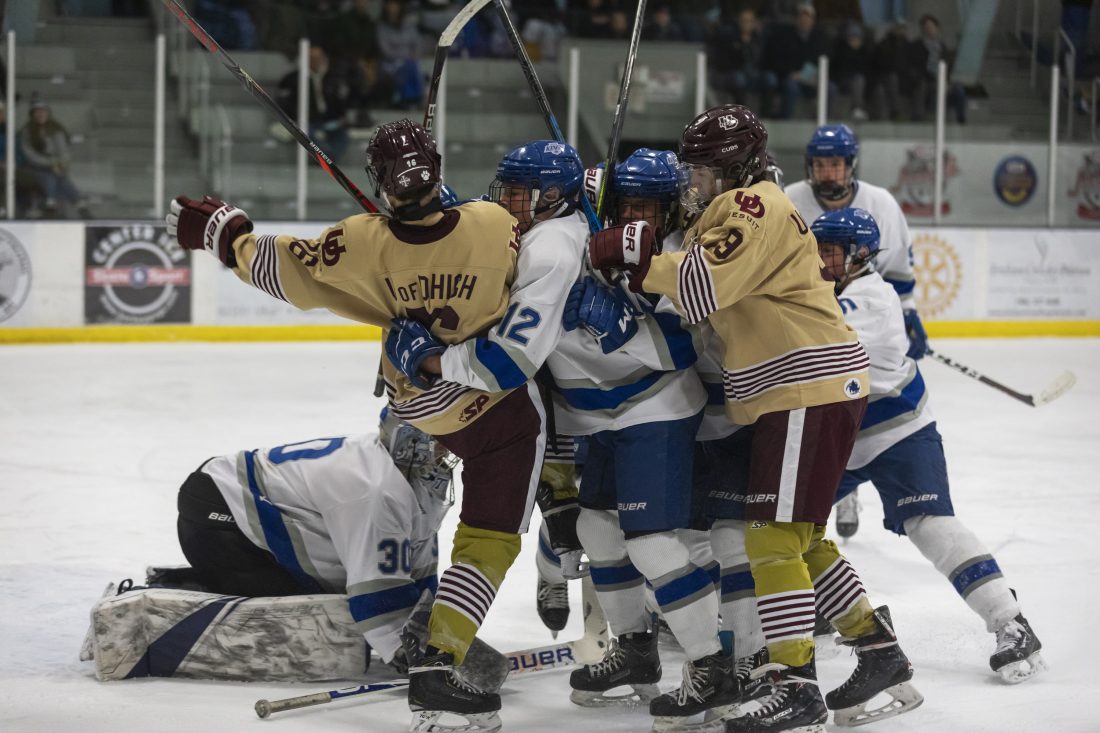 CALUMET — The hardware is already adding up for Calumet.

The Division 3 No. 1 Copper Kings (11-0-1) beat No. 4 University of Detroit Jesuit 3-1 on Friday to win the Miner’s Cup, a traditional trophy in which both teams have battled for in years past.

After Friday’s win, it was set next to the John MacInnes Holiday Hockey Classic trophy, which the Copper Kings won a week ago, and the John H. Sherf trophy for winning the Copper Island Classic against Hancock in November.

On Friday, the battle was more physical than usual. Both teams combined for 28 penalty minutes with chippiness around the puck and behind the play and frequent bodychecks.

“I thought we played well for the first half of the game. We got into penalty issues there in the last bit of the second period and third period,” Calumet head coach Dan Giachino said. “It kind of opened the door for them to get back into the game when I felt like we had things under control pretty well. We gotta do better with that. Overall I thought we played well. We played with a lot of intensity and a lot of tempo and we moved the puck pretty well.” 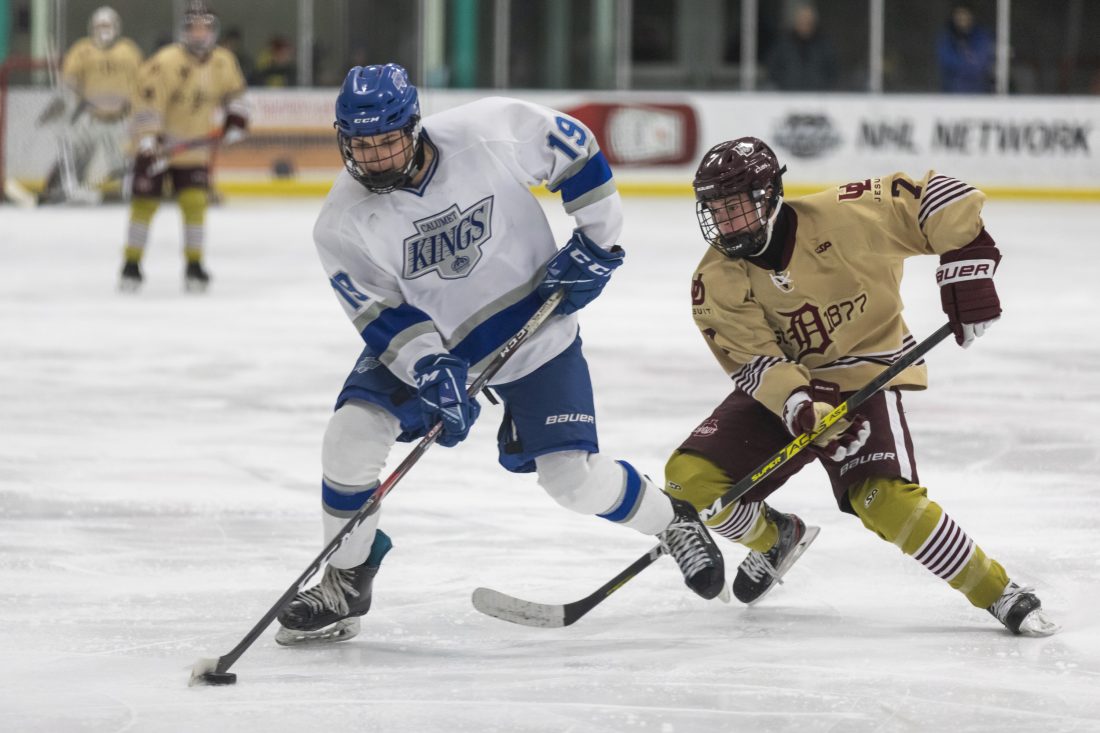 Calumet took a two-goal lead against the Cubs on Friday, starting with Dean Loukus’ wrist shot from the slot beating goalie Joey Morency stick side three minutes into the game. Peter Larson assisted.

Alex Mattila scored on the power play four minutes later from the right face-off dot, with assists from Lincoln Beiring and Gabe Coppo.

Loukus scored on the power-play nine minutes into the second period with an assist from Tanner Rowe.

The Copper Kings had taken advantage of a slow, hesitant start by Detroit Jesuit (6-6-1).

“If they score a goal, there’s a good chance they’re going to win — and they scored two in the first period so our backs were up against the wall,” Detroit Jesuit head coach Rick Bennetts said. “We didn’t play well in the first period. We played worse in the second period. Thought we played with a little more intensity, a little more tenacity in the third period. But part of that not playing well is because Calumet did and does. They don’t give you a second off. They don’t ever take a shift off. They come hard, they play hard, they work hard. We didn’t respond until the third period. It was too little too late and too big a hurdle to get over.” 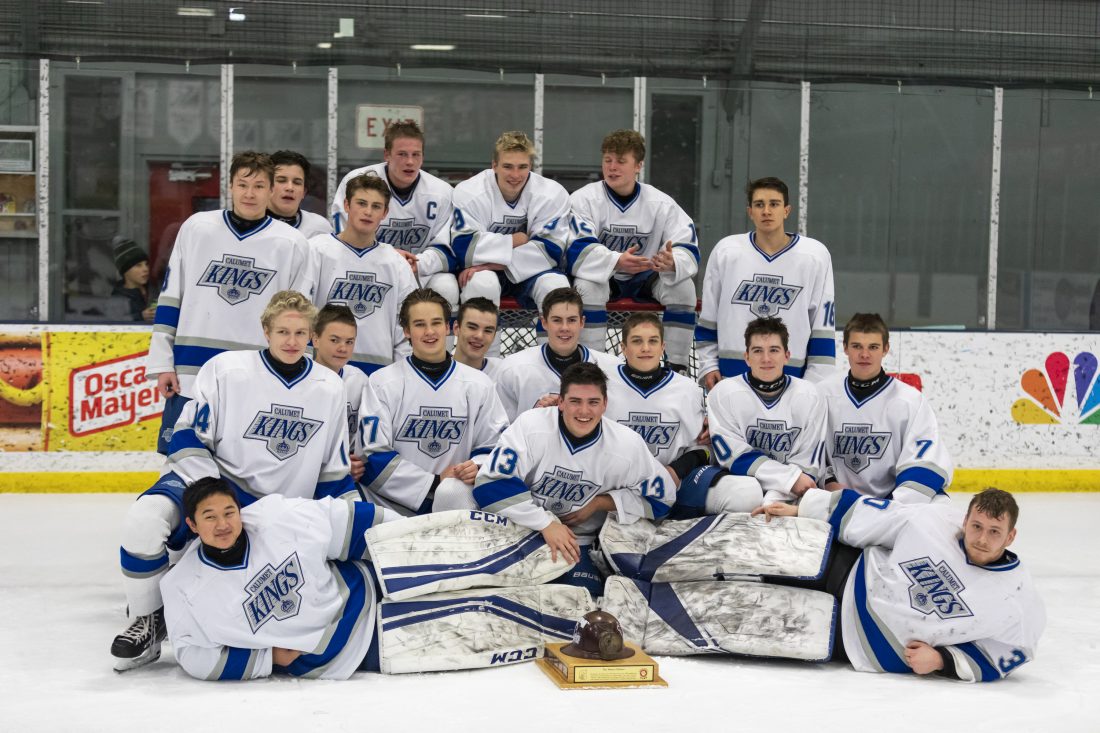 Calumet fell into penalty trouble in the second, giving Detroit Jesuit a 5-on-3 late in the second and into the third. But the Cubs never found a goal with the two-man advantage to get momentum going early.

The Copper Kings accrued 16 penalty minutes on the night, including two penalties in the third. Cubs junior defenseman Jason Harrison II finally got one for Detroit Jesuit. The goal came on his shot from the point that slipped past a screen and into the net behind Calumet goalie Alex Studebaker.

Bennetts, a 1972 Calumet graduate, said coming home is always a trip he and the team looks forward to taking.

“I’m from here, so for me it’s coming home,” Bennetts said. “For them it’s a great opportunity to come up to a place that everybody in our school — the parents — just enjoy thoroughly. It’s a target on the map — a destination. We wish we had an opportunity to play the two-game series like we usually did. but the schedule didn’t allow it to happen this year.”

Studebaker made 23 saves for Calumet. Morency made 22 saves. 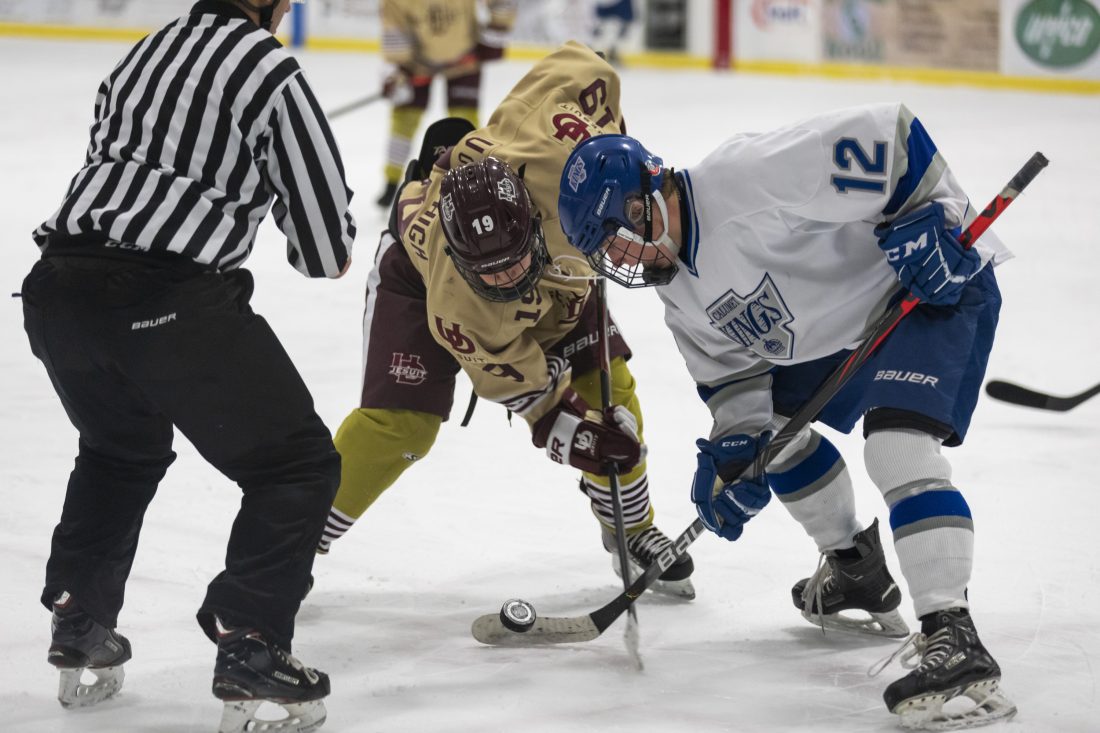 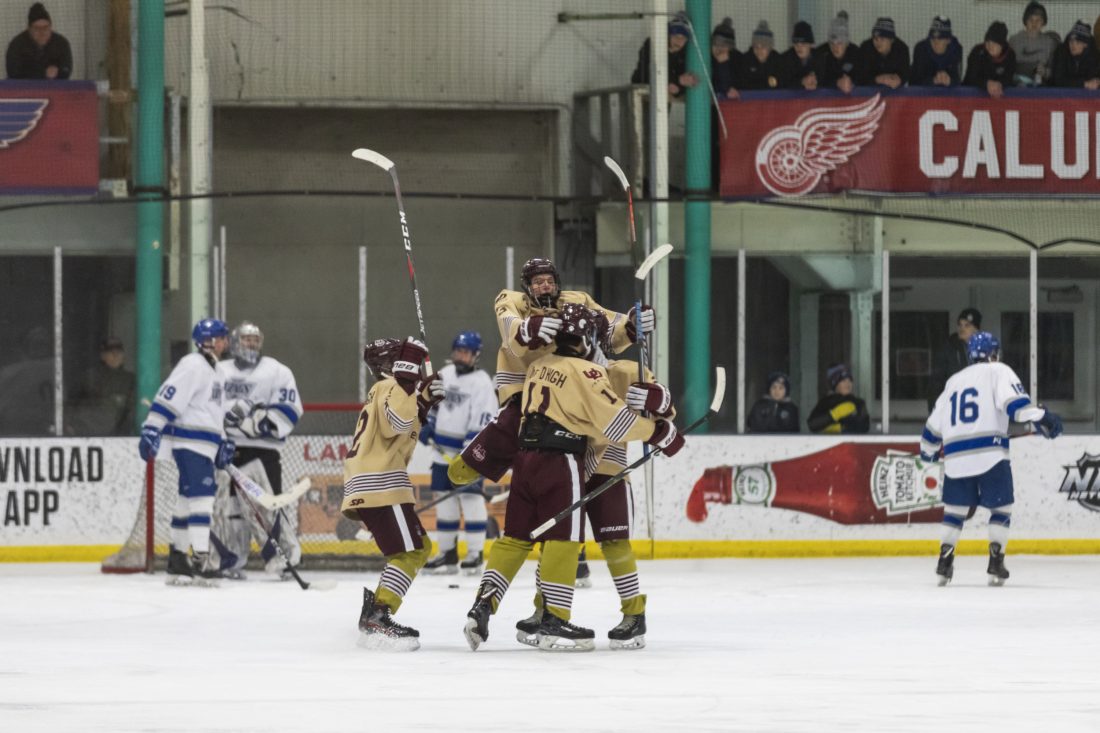 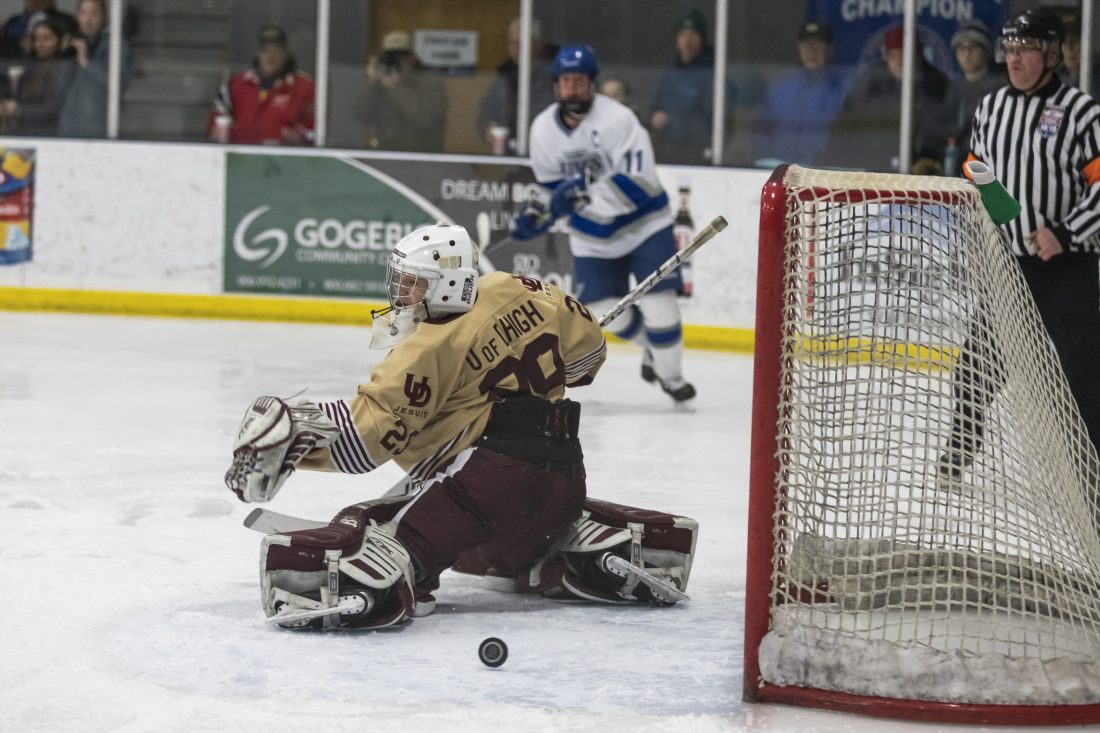 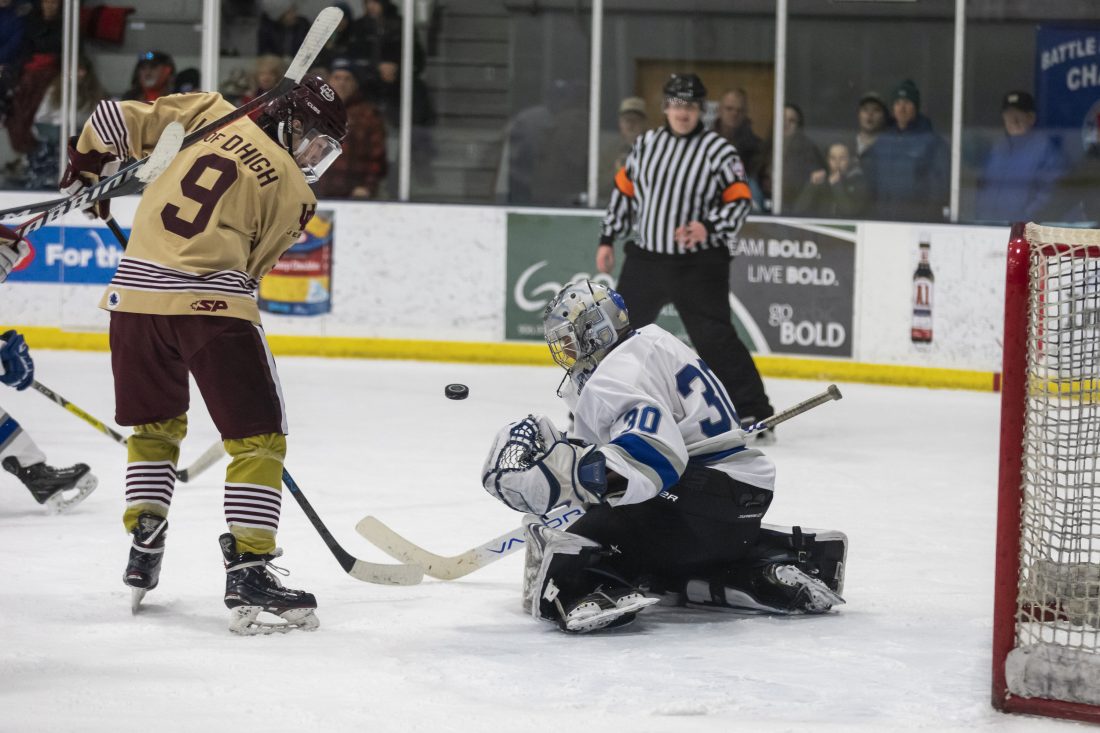 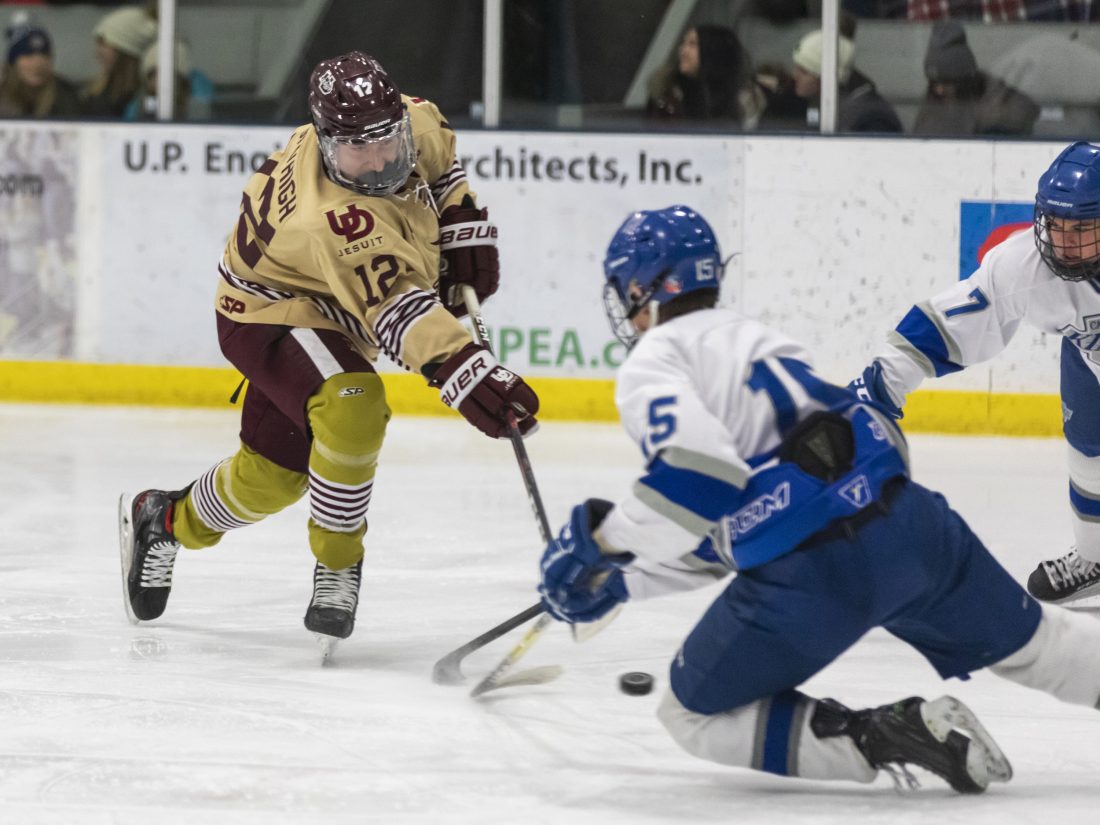 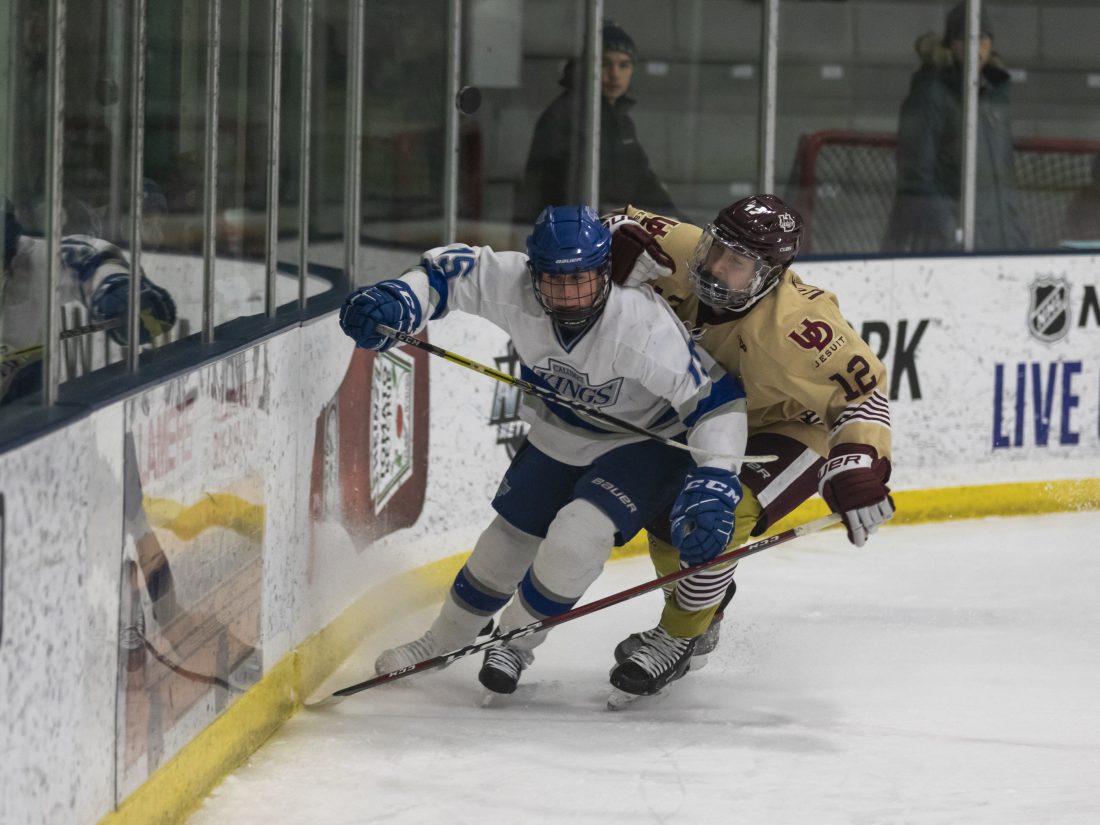