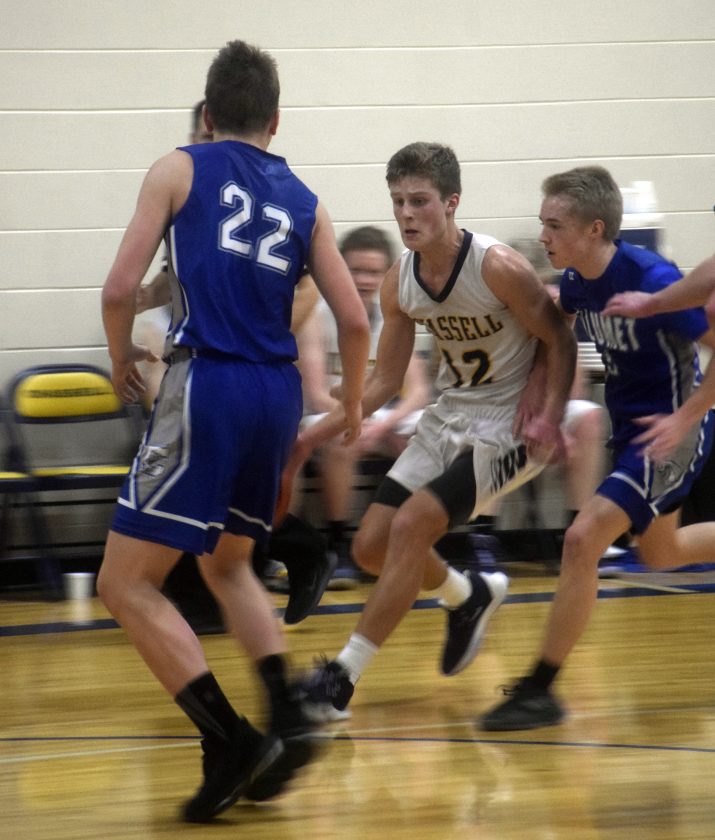 CHASSELL — Tuesday night’s boys matchup between Chassell and Calumet came down to the fourth quarter.

“Our defensive intensity was great and our ball movement was fantastic,” said Copper Kings head coach Frank Bonacorsi. “The guys are putting in the work and starting to see fruits of their labor.”

Neither team came out real strong after the tip-off. Calumet led 5-0 for the first few minutes as the Panthers (11-3) had a tough time finding the net. In fact, it took them more than three minutes to score their first bucket. It would be a problem that would haunt them the rest of the night.

The game was tied at seven after the first quarter. Things got slightly better for the Panthers in the second as they hit three 3-pointers for a 20-18 halftime lead.

In the third, the Copper Kings began to find the net from three-point range as well. Two back-to back triples put the Copper Kings up 26-25. It was their first lead since the opening few minutes. Chassell would come back though to tie the game at 34 by the time the third was over.

Sophomore Dryden Nelson played a big role on both ends of the court in the Copper Kings second half run. He scored eight of his 11 points in the third and fourth quarters and hit the boards hard much to the satisfaction of his coach.

Nelson was one of three Copper Kings who scored in double figures. Bevin Antilla led the charge with 17 points. Eli McParlan had 10.

For the Panthers, Karl Rautiola led the charge with 19 points. Bill Rautiola followed with 13.

REPUBLIC — The Lake Linden-Hubbell Lakes notched a mark in the win column on Tuesday as they downed the Republic-Michigamme Hawks 67-43.

Caleb Gregoire and Cole Gregoire led the scoring for LL-H. Caleb scored 19 while Cole had 11.