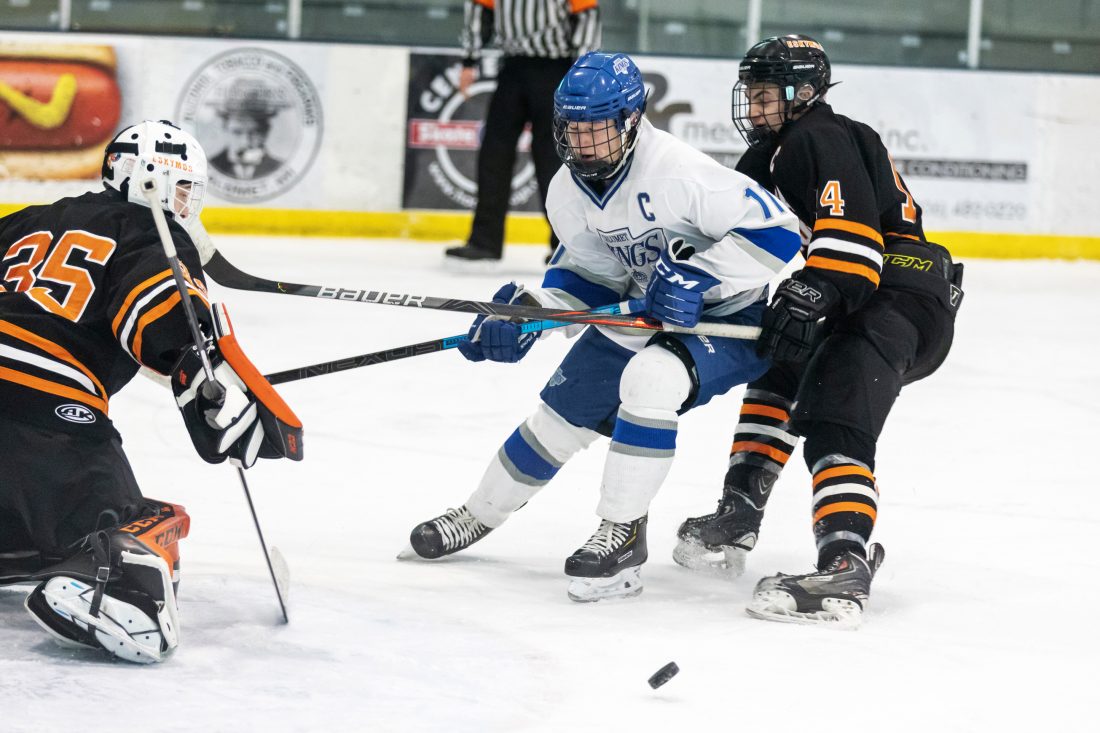 Houghton head coach Corey Markham was named the conference’s Coach of the Year.

Loukus scored 27 goals and 54 points for the Copper Kings, whose season was halted on the eve of their Division 3 state semifinal against Detroit Country Day, scheduled for Friday.

Salani scored 24 goals and 53 points during the Bulldogs’ season.

Pietila was the Gremlins’ mainstay in net, playing more than 1,000 minutes with a 12-8 overall record. He had a 2.04 goals-against average and a .922 save percentage.

Calumet goaltender Alex Studebaker was named to the Second Team. Studebaker, who set the school record for career shutouts, went 14-5-1 in goal with a 2.08 goals-against average and a .916 save percentage.