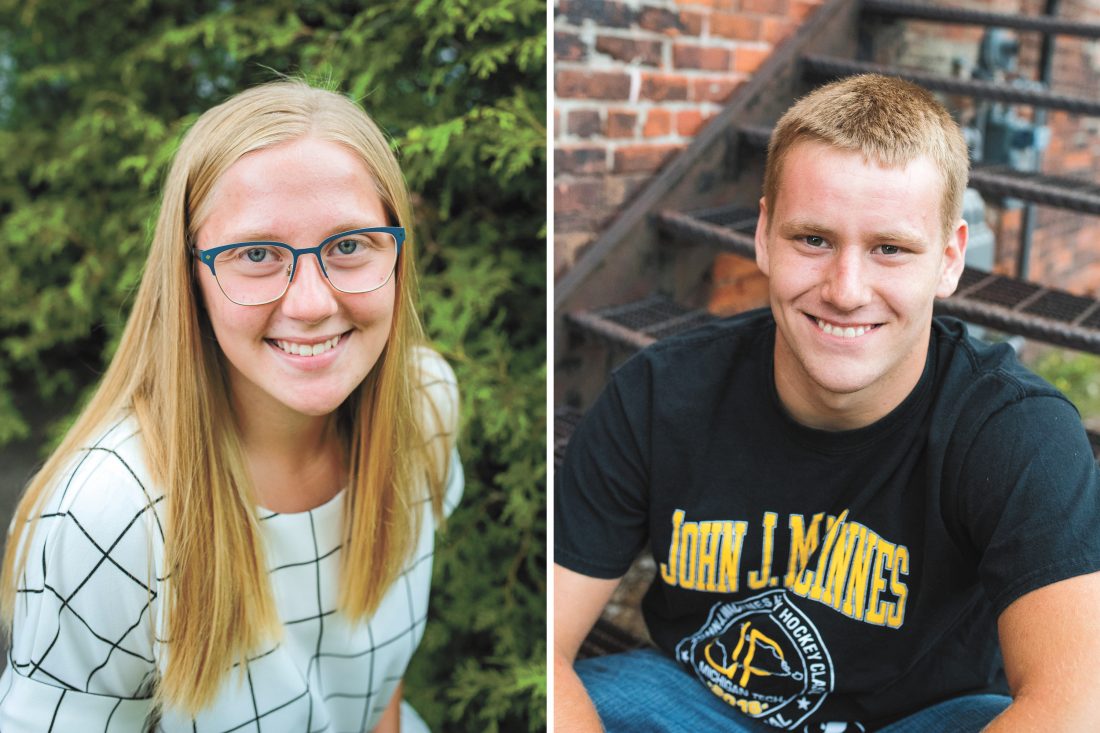 The duo were named the male and female recipients of the George Gipp All-American Award.

Studebaker earned nine letters for the Copper Kings, including two in track, three in football and four in hockey. As a defensive tackle, he was named West PAC First Team on offense and defense last season. He was also named West PAC Lineman of the Year and Defensive Player of the Year. He was an Associated Press All-State Second Team selection, a Detroit Free Press All-State Division 6 First Team selection and a Michigan High School Football Coaches Association honorable mention. In 208, Studebaker was named to the All-U.P. Dream Team.

Studebaker held a 3.328 grade-point average and is playing football at Michigan Tech, while majoring in wildlife management and ecology.

Kariniemi earned six letters at CHS, including two in volleyball, one in basketball, one in track and two in softball.