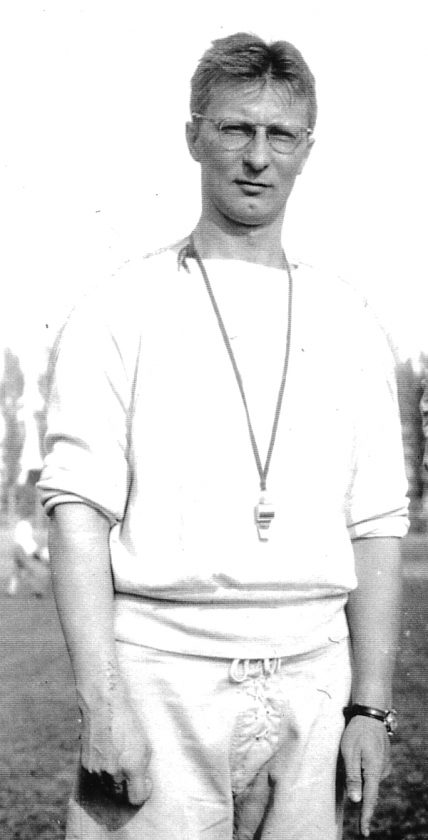 CALUMET — It still stands as one of the more amazing streaks in Copper Country sports history.

That was the streak of 17 straight titles in the Copper Country Track Invitational won by Calumet in the 1950s and 1960s. The Copper Kings were coached by the late Walt Kitti in that era.

The great success of Calumet track back then has often been attributed to Kitti, who coached sports at CHS between 1951 and 1977.

“I think much of the credit for that success belongs to Walt (Kitti),” said former Calumet superintendent Ray Tiberg, himself a student of Kitti. “He was able to build and maintain a high interest in the sport.”

Wayne Sickler, who played and coached football at CHS, said winning wasn’t the main reason that Kitti stayed on the job.

“He had a great eye for athletic talent,” Sickler said. “And he took a great interest in how his students did after school. It was very important to him that they did well.”

During his lifetime, Kitti was very prominent in whatever he was involved in.

First, he was a key member of the 1935 Calumet High football team that posted the first unbeaten record in school history.

“Walt (Kitti) was a very good football player,” the late Dominic Vairo once said. “He played all of his positions really well.”

Kitti went on to the University of Michigan where he played two years on the Wolverines football team.

He said he backed up the Wolverines’ All-American running back Tom Harmon.

“With Tom Harmon in front of me, I knew I wouldn’t see a lot of playing time,” he later joked.

Drafted in the Army during World War II, Walt ended up as an officer in a military police unit that helped set up local governments in West Germany.

He returned to his hometown in 1951 and started coaching football and track for his alma mater. He also served as an assistant football coach and in basketball.

The late Bob Erkkila, who served as a statistician and historian in the northend, said Kitti told him there were two Copper Kings who could have gone on to play college football.

“He felt that Mike Usitalo could have been a great defensive back because of his speed, and Carl Bjorne had everything required to play in the line,” Erkkila said in an interview a few years ago.

Walt had the chance to watch a couple of his own sons play sports for the Copper Kings.

Kitti was inducted into the Upper Peninsula Sports Hall of Fame in 1980. He received the same honor in the Calumet Hall of Fame a decade ago.