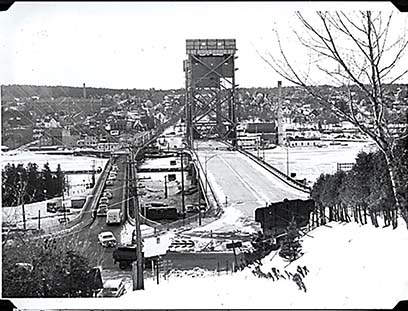 The award is given by the ASCA – Michigan Chapter, and was accepted by Ken Filpus, Operations Engineer of the Michigan Department of Transportation, who has overall responsibility for the bridge, said Tess Ahlborn, professor of Civil and Environmental Engineering at Michigan Technological University. Ahlborn worked with civil and engineering graduate students, Emma Beachy and Michael Prast, to submit the application at both the state and national levels.

“I’m really proud of our bridge,” said Ahlborn. “While most bridges in Michigan are reaching the end of their 50-year lifespan, our beloved bridge has had a recent overhaul, and is sure to serve us for many years to come.”

The uniqueness of the intermediate lift position, she said, allows the bridge to maintain two traffic modes in two of its three positions, which was an innovative structural engineering achievement of its time.

In the nomination letter to the ASCE History and Heritage Committee in Reston, Virginia, Ahlborn, Prast, and Beachy, stated they were thrilled to nominate the bridge for the award, partially because of its tremendous historical value.

The bridge used a first-of-its kind intermediate lift span position and was an early example of an accelerated bridge construction technique now known as a bridge slide, the letter states. In total, the Portage Lake Bridge has tremendous historical value, resulted in a number of civil engineering advancements, and had a meaningful impact on local and regional economies.

Designed by Hazelet & Erdal, a Chicago-based company that specialized in moveable bridges, the double-deck, vertical lift design used an innovative intermediate lift span position to manage those many modes of transportation and greatly improve the efficiency of the crossing, the letter states. The double deck allowed rail and automobile traffic to use the bridge simultaneously, (and) while in the intermediate position allows the bridge to be open to small watercraft and vehicular traffic simultaneously.

In a similar letter to the History and Heritage Committee, Christopher Owen, president of the ASCE Michigan Section, wrote that the original purpose for the construction of the bridge was to “serve the nation economically by allowing the efficient transportation of the billions of pounds of copper mined from the northern region of the Keweenaw Peninsula.”

The nomination of the Portage Lake Bridge was compiled through the extensive efforts of MTU graduate students Michael Prast and Emma Beachy, with the help of Dr. Tess Ahlborn, Owen’s letter stated. 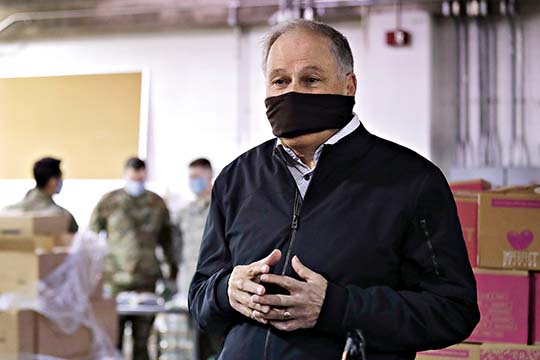