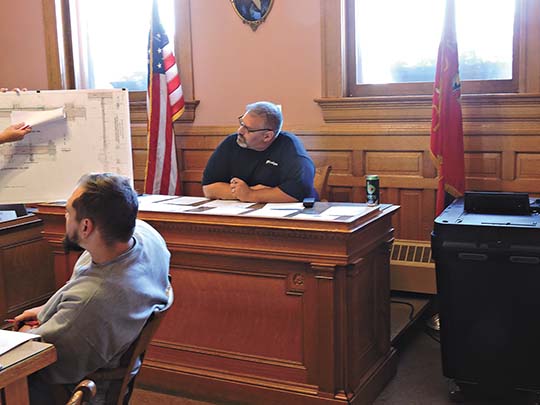 CALUMET — Questions surrounding the status of the village police department, as well as its funding, were discussed at Tuesday’s regular meeting when village resident and former Trustee Sandy Johnson expressed her concern over a lack of police presence in the village. While acknowledging budgetary issues, she said the village is worse off for not having a police force.

“As I recall, the village has a special millage for police,” said Germain, “so if you’ve got money, extra millage from an election for police protection, you need to be returning that money, unless you’re going to provide police protection for which you asked the question and voters supported that decision.”

Village Clerk’s Office personnel said they could not verify whether such a millage exists, but Houghton County Clerk Jennifer Kelly confirmed that the village, in fact, has had a special millage dating back to 1976, when it was first proposed, renewable every five years. Voters last approved the renewal in 2016, and it will expire in 2021. The Street and Police Departments Millage renewal language states:

The question of the village selling the police car was also on the agenda, and during discussion, Trustee Doug Harrer said that selling the vehicle does not signify not hiring a new officer.

“My recollection is that the committee did want to make the recommendation to the council was on selling the police car,” Harrer said, “but with the express knowledge that this in no way is a movement toward a dissolution of the actual police department.”