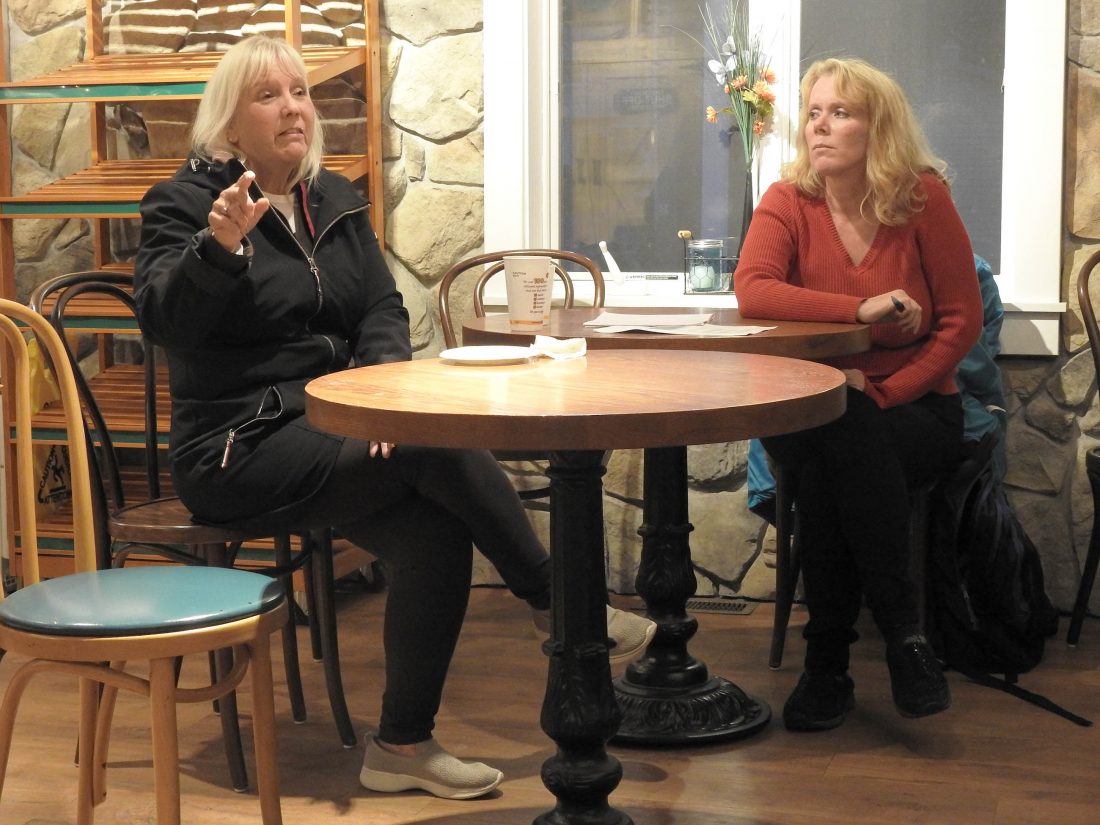 DOLLAR BAY — Osceola and Torch Lake Township residents concerned about what they see as a lack of outreach and transparency from local units of government are forming a group to get more involved.

However, group members Wednesday said they had been frustrated with the lack of detail available in printed material by the district.

Postcards had been distributed at the Dollar Bay Fourth of July parade, while the district also circulated another sheet. A district-wide mailing was considered by the district, but later passed on, according to district board minutes.

The district also placed material about the project on its website, which group members said many voters would have been unlikely to visit without first knowing of the election.

Lortie said she would have liked to receive an objectively-worded two-page letter describing the project.

“Then I have more trust, because I go ‘These guys are sending me non-partisan stuff, and they’re giving me the opportunity to go in and ask questions,'” she said.

One Torch Lake Township resident who attended Wednesday’s meeting said he had not voted in the election because he was unaware the district extended beyond Osceola Township.

The district had two informational meetings the week before the election. An earlier date could have enabled people more time to get the word out and get their questions answered, said Yooper Cares organizer Kristin Lortie.

Attending local meetings, Lortie had also been frustrated with the limits placed on public comment.

“This is a place for us to meet up afterwards and have a real conversation,” Lortie said.

Houghton County Clerk Jennifer Kelly, a guest at Wednesday’s inaugural meeting, said she is planning a mandatory meeting with local clerks. The meeting will cover changes in voting access after the passage of 2018’s Proposal 3, as well as ways to notify residents of upcoming elections.

Under Michigan law, municipalities and districts are only required to print notifications in the local newspaper. Kelly’s suggestions include adding ballot language and candidates on their websites, as well as including notices in township newsletters and water bills.

“I hope to fire them up beyond belief,” Kelly said.

Sharon Jurmu, Lortie’s niece, said her family and son were not excited about her getting more involved. However, she said she wants people to understand they have a voice.

“We have a right to say, ‘Hey, we should have known about this whole thing,'” she said.

Group members plan to attend Monday’s Dollar Bay-Tamarack City Area Schools board meeting. Following the meeting, they plan to have a discussion at the Country Store Bakery at 48574 Banfield Avenue in Dollar Bay.

Lortie said a meeting schedule for the group has yet to be determined.

For more information, email Lortie at yoopercares@gmail.com. Once on the list, people can get member reports from local meetings and be added to a private Facebook group.