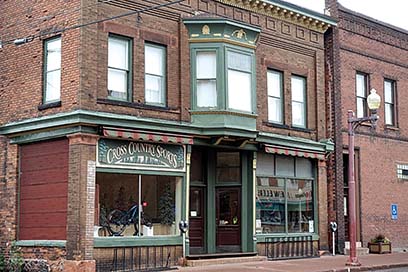 “The MEDC gives us federal money,” KEDA executive director Jeff Ratcliffe, and there are certain processes the MEDC sets in place which, he said the DDA has followed.

At the regular July meeting, Ratcliffe had informed that council that KETA, the DDA, Main Street Calumet, as well as the council, were focusing their attention on improvements to a number of buildings on Fifth Street.

Ratcliffe said in July that the grant amount being sought was $251,282, with a $66,427 match from the owners of the buildings involved, and the DDA had committed $10,000 to launch the project.

“Jeff did talk about the block grant,” Polzien said at the September meeting. “Our business owners do have their designs in. We will get them bid and construction is going to be in the spring.

With grant money and other funding in place, Polzien and Ratcliffe had already begun looking for a grant for future projects. The political tensions in Lansing currently, however, have slowed them down.

“I’ve been working together with Jeff to put a proposal together to the MEDC,,” Polzien told the council. “MEDC is restructuring now, because we have a new governor, and they’re not going to do anything, is basically what we were told. So, that is on hold, unfortunately. But we are looking at a grant through MDARD (Michigan Department of Agriculture & Rural Development).”