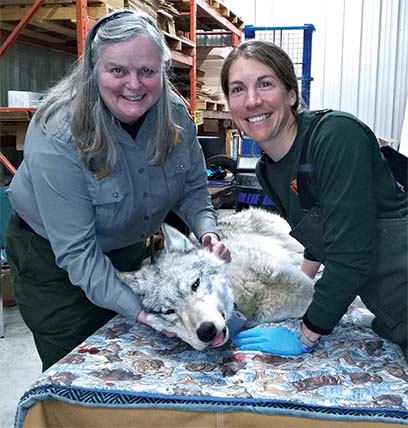 “I’ve actually stayed longer than I expected to because it’s such a unique and challenging work environment on the island,” she said Monday. “But my husband retired quite a while ago, and it’s time to enjoy national parks as opposed to working in them.”

Being Isle Royale superintendent was just the latest post in a 41-year career — “41 years, three months and 23 days,” Green said — that also included 22 years with the U.S. Forest Service.

The career was a natural fit for Green, who said she knew she wanted to become a ranger at the age of 12.

“I grew up here in Houghton, and the woods were right out my back door, and I was constantly exploring them and wanting to know everything I could about the woods that surround this area,” she said. 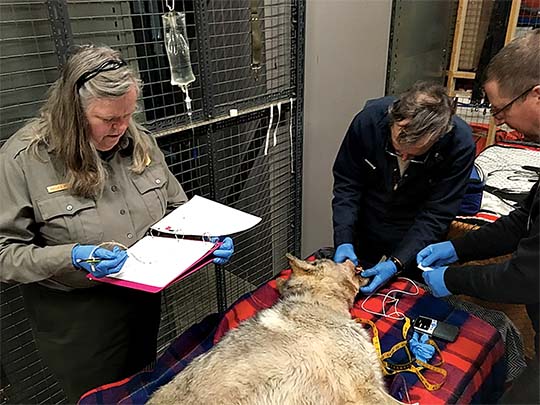 That enthusiasm continued in high school, where she led a number of clubs devoted to the environmental, natural resources and pollution control. She received her undergraduate degree in forestry from Michigan Technological University.

She also got to supervise the 980,000-acre Ottawa National Forest, where she “had canoed all the streams and hiked all the trails” growing up, she said.

Her other formative influence was Isle Royale, which Green started visiting at the age of 6.

“I’m one of the few people, I think, in the federal service who have been able to manage the two places that gave me my love of natural resources,” she said. “…To be steward and caretaker of these both very special places, it’s been an honor.”

As superintendent at Isle Royale, she was instrumental in helping the 571,790-acre park reduce its environmental footprint, she said. She also helped implement an alternative energy system that brought solar power to the island, which reduced the park’s reliance on diesel fuel and saved the park money.

To halt the spread of aquatic invasive species, Green helped develop emergency treatments for ballast water. She also led upgrades to visitor facilities and began planning for preservation of historic structures and wilderness.

Most recently, Green has overseen the launch of Isle Royale’s efforts to regrow the wolf population on the island through bringing in wolves from the U.S. and Canadian mainlands.

“That’s off to a good start and ongoing,” she said.

Despite her love of the job, it’s time for a transition, Green said, and she’ll be leaving the park in good hands.

“It’s just a good time to leave, because of some rock-solid people to carry on,” she said. “I’m sure there’ll be new people who’ll be very talented at the job.”

After Green’s retirement, the park will advertise the position. Her first advice to her eventual successor is to “stay flexible, because Mother Nature rules on Isle Royale with wind and weather.”

They should also understand the importance of the gateway communities and their importance in supporting the parks. Isle Royale should also be kept “wild and beautiful,” Green said.

“That’s what the place is about,” she said.

On Oct. 31, Green’s last day as superintendent, the public will be able to show their thanks at an open house at the Ranger III from 2 to 4 p.m.

“It’s my opportunity to thank the community for the support we’ve had,” she said. “I hope to see people there, and if not, I’ll see them around town, because I hope to stay in the area.”