MEDC does more than most are aware 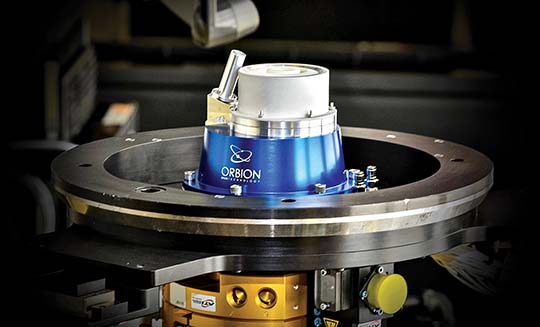 HOUGHTON — More and more high-tech businesses are emerging across the state of Michigan, both in the Upper and Lower peninsulas, many of which are assisted by the Michigan Economic Development Corporation (MEDC). With the development of high-grade technology, the U.P’s economy is becoming more diversified, largely as the result of the MEDC’s collaboration with more than 100 economic development partners.

By marketing Michigan as the premier state in which to do business, they also assist businesses in their growth strategies, and foster the growth of communities across the state.

The process begins within one or more of the research universities of the state, said Fred Molnar, vice president of Entrepreneurship and Innovation, MEDC.

Molnar said the Entrepreneurship and Innovation team is made up of six members, whose objective is help diversify the state’s economy through technology and innovation-based companies, that originate within the state.

“What I mean by (research-based),” said Molnar, “is they actually receive federal grant dollars to conduct basic research.”

The Entrepreneurship and Innovation team, among many other things, taps into those universities, to help bring research projects from their research phase to the commercial market.

“What we try to do is,” Molnar explained, “when they work through their basic research, if they come up with something that’s unique, (or) may solve a problem, then we try to help them take that and commercialize it.”

An example of this, he said would be Houghton-based Orbion Space Technology.

“That came out of Michigan Tech,” said Molnar. “They tapped into multiple programs that the MEDC has — and now, all of a sudden, they’re outside of the university, they’re a stand-alone company, and they’re hiring people.”

Orbion Space Technology is developing and manufacturing revolutionary plasma propulsion systems for small satellites. Because of their fuel efficiency, Orbion’s thrusters can save spacecraft operators millions of dollars in operating costs while increasing the value of the spacecraft’s data product.

The company is growing quickly. It announced in August that it has raised $9.2 million in an early round of venture capital financing.

“We can get into that in a little bit more detail,” Graves said, “but there are also SmartZones, service providers, and things, that the Entrepreneurship and Innovation team supports.

Our next installment in this series will look at the next phase of the company development process.