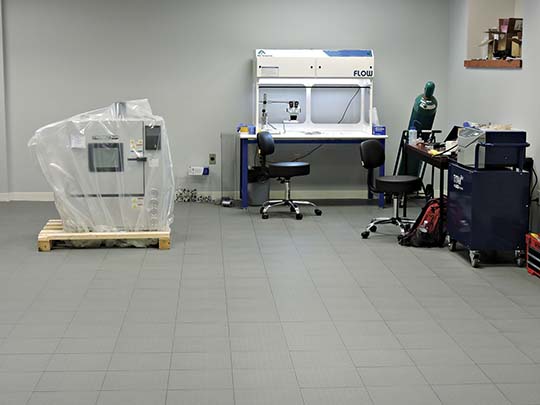 (Graham Jaehnig/Daily Mining Gazette) Houghton-based Orbion Space Technology is in the process of constructing its laboratory in Houghton. Rather sparce when this photograph was taken, it will soon be filled with equipment. The unit on the right is for testing valves that are used in the thrusters, which control the flow of Xenon gas to proper levels. The bench in the photo maintains a dust-free environment necessary to testing the valves.

“The backdrop for our company, Orbion, is an inflection in commercial space business,” said Orbion CEO and co-founder Brad King.

For approximately 40 years, the planet, as a whole, has launched about 150 satellites per year, said King. Within the next five years, that number is expected to grow to as much as 3,000-5,000 per year.

There is an incredible need for companies that provide the technology to feed that growth. There is a large market need for suppliers of components to meet the manufacturing demand, said King.

“Orbion came in,” he said, “because we identified a key gap in technology required to build satellites.”

“All of those have terrestrial counter-parts that they can borrow from,” he explained. “Batteries exist all over in electrified cars. Computers are in your pocket. But what we saw was a need for thrusters — hundreds or thousands of thrusters per year. There is no terrestrial market place that can be leveraged.”

No company was building the thrusters, and King and Jason Summerville happened to know how to build them, so they founded Orbion, said King, to pursue that market.

The company was officially incorporated in 2016, and became functional the following year.

Once incorporated, Orbion was able to raise some capital, mostly from Michigan investors, along with some Silicon Valley investors, which produced approximately $2.5 million to fund the company’s beginning. That funding was used over the past two years to enable Orbion to prove its product will work, said King. This past autumn, the company closed on another $10 million of investor capital.

The company now is doubling to tripling in size, and is working at putting its first products into space in the next year.

Manufacturing, King said, will be conducted in a variety of location. 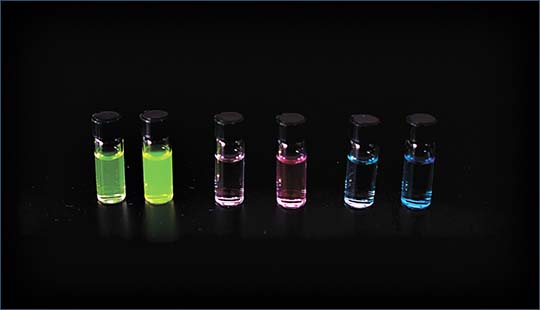