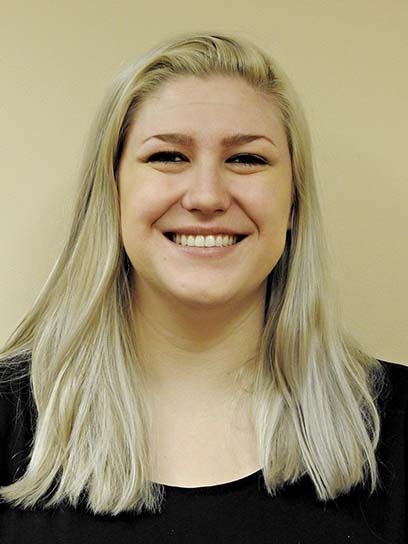 HOUGHTON — Kaitlyn Roose is looking at making a name for Michigan Technological University’s Esports program, both among competitors and the Keweenaw community.

The position is a once-in-a-lifetime opportunity, said Roose, who was co-founder and president of Tech’s Esports club and a mentor for the Husky Game Development Enterprise. Roose is also researching games for her doctoral studies in applied cognitive science and human factors psychology.

Tech’s varsity Esports program, the first for a public university in Michigan, will debut in 2020-21. Roose is still in the process of recruiting students, deciding what games to play, and setting up the organizational structure of the sport within the athletics department. There are also rules to set up, such as what students can do with prize money they win at tournaments, and logistical problems like determining who Tech will compete against.

“There’s a lot of logistics that are just kind of up in the air because there isn’t a set governing body,” she said. “So we kind of have to be the pioneers for that.”

The goal is to have 20 students involved with Esports in the first year, growing to between 60 and 70 by the third year, Roose said. In addition to attracting students already on campus, Roose hopes to recruit students for Esports – “new students who are good at what they do, but also really good students that will contribute to Michigan Tech University,” she said.

The program will be part of the National Association of Collegiate Esports (NACE), which includes more than 3,000 student athletes.

Having competed in traditional and Esports, she is also in a position to help Esports athletes deal with the stresses of competition. That background also helps her explain Esports to people unfamiliar with it, whether community members or parents of a new recruit.

As with traditional sports, Esports players are restricted to 20 hours per week of regulated practice, which includes things such as film analysis. They may still play video games outside that time, Roose conceded, but as long as they are meeting their requirements for grades, and they are involved with the community, they can do what they want with their free time, she said.

“My goal is to give them the support and kind of mentorship opportunity, an opportunity to be a part of a team do something they love that they’re passionate about, and challenge them to maintain that success in the classroom,” she said.

Recruiting is similar to traditional sports, with one main difference, Roose said. Though Roose would still like to meet prospective recruits and their families to get a sense of them as people, instead of seeing a game in person, Roose can watch a promising student play a tournament on Twitch.

“There’s a lot of things that I’m interested in, like decision making in communication that I can pick up on from watching film or listening to comms or just talking with them about how they think about the game,” she said.

Tech’s team will be able to compete remotely for most games; a competition space is being built in the Student Development Complex at former racquetball courts. Competitions will also be able to be livestreamed.

Roose has other ideas for reaching out to the community, such as town halls or seminars on Esports.

Until May, Roose will be juggling the director job with finishing the dissertation for her Ph.D. Her research looks what goes into a person’s decision making in a complex game environment. What interests Roose is not the mechanics of reacting, but people’s reasoning behind their decision. That information can help the player going forward by finding how the team can communicate more effectively, or patterns in the other team’s play for which they can prepare for future games.

“I think that is going to make me a more effective director and head coach, because I understand that higher level cognition that goes into games and that these players are required to do,” she said.

The athletic department has been supportive, she said.

“At the end of the day, Michigan Tech and the community wants you to succeed,” she said. “For me, that means I finish my master’s and Ph.D. in four years, and then i continue on with the job as my primary focus.”