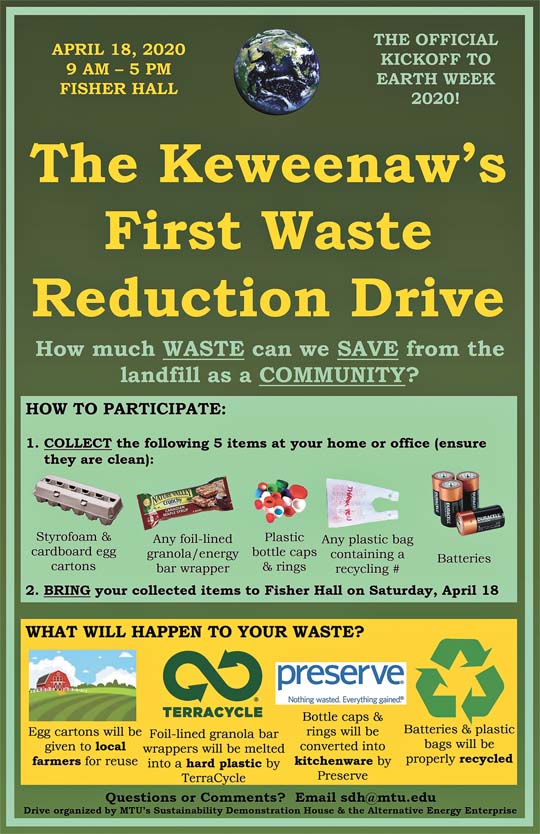 “What we’re doing with this drive is asking the community, and the Tech community, to spend the next two months collecting five items that can’t usually be recycled,” said event organizer Rose Turner. “We wanted to start with items that people know that they aren’t supposed to recycle, but aren’t supposed to throw away, and that they don’t know how to recycle… common items in the household that people recognize but that they may think is just trash.”

All of the items except Styrofoam egg cartons can be recycled but only at special facilities out of the area. Bottle caps and rings are so small that they fall out of the bails during the recycling process. Plastic bags can get caught in the machines used in sorting single-stream recycling.

Styrofoam, a material used to make the egg cartons of a popular brand of eggs, cannot be recycled. However, it can be reused. Following the collection, the Styrofoam egg cartons will be given to local farmers for reuse. The rest of the items will be shipped out of the area for recycling. First, all of the waste will be weighed.

“We’ll spend one or two days counting and weighing the items and then we will ship them out,” said Turner. “We want to see how much trash we are saving from the landfill.”

The long-term goal of the project is to remind the public that there is not just single-stream recycling and trash – there are any number of possibilities for recycling or reusing most waste.

Similarly, batteries can be brought to Ace Hardware in Calumet, Goodwill, Remy Battery, or Swift’s TrueValue in Houghton. Granola bar wrappers and other hard-to-recycle items can be recycled through Teracycle – an organization that provides paid-postage packaging for the shipping of products to recycling centers.

It is unclear whether the project will return in the future but the outlook is good.

“I initially wasn’t sure what kind of response we’d get,” said Turner. “The response to this has been insanely positive … We’re hoping that this program can be expanded next year and maybe become a regular event.” 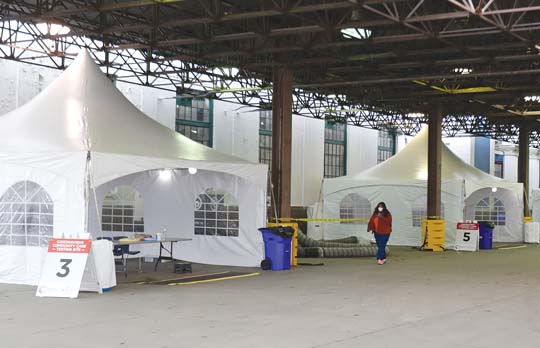 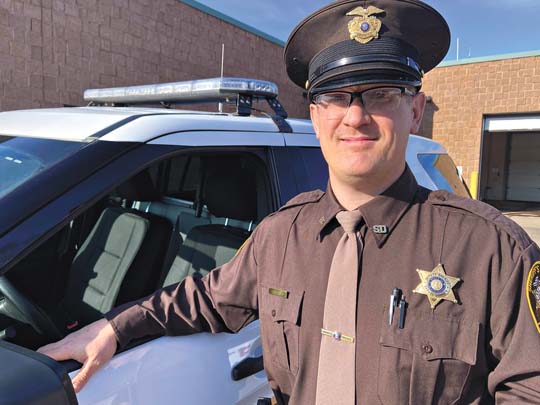 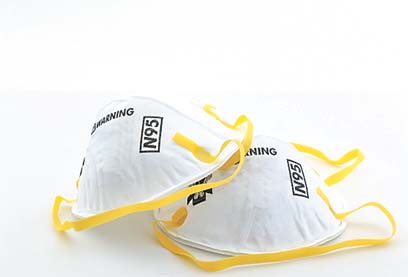 WUPDH says there are enough PPE supplies in area — for now