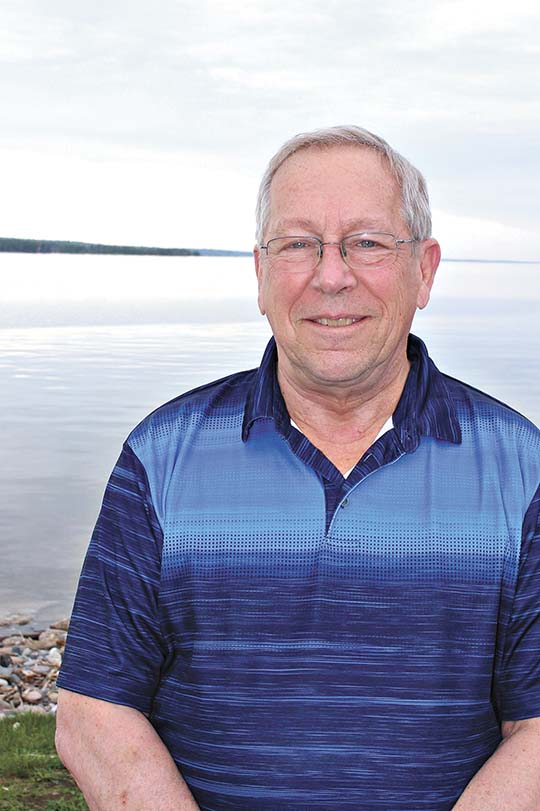 Three people are running in August’s primary to be the Republican candidate for the Baraga County commissioner’s seat being left vacant by Bill Menge.

Burt Mason, one of the candidates, relocated to the area from Detroit. Mason has been married for 49 years and has three kids and six grandchildren, none local.

“My job was to grow our business,” Mason said.

Mason’s career included international work with Sony and Hurco, too.

“All of those jobs involved what I like to coin as ‘consistent and profitable growth,'” he said.

Mason knows that people want to see jobs and futures for their kids to be able to stay in the area, but also that those desires have to be balanced with what is already good about the county.

“I don’t think anybody, or very few people, want to see this place turn into a Munising or a Marquette,” he said. “On the other hand, they would like opportunities.”

Mason thinks he can turn his professional experience at growing businesses to the aid of Baraga County, and now that he’s retired, he has extra time to devote to the work.

Since moving to the area, Mason has already immersed himself in community involvement, becoming the president of the Friends of the Huron Mountains and Huron Island Lighthouse Preservation Association, chairman of the Baraga County Republicans, a member of the chamber of commerce and the housing committee, and has worked with the Economic Development Committee and the Drug Abatement and Rehabilitation Team.

“I’m not shying away from helping different organizations,” he said.

Having been involved in so many organizations, Mason said he’s noticed that many parts of the community are “siloed” away from each other and working toward different goals. The first thing he’d like to do as commissioner is talk to the organizations and work toward prioritizing some of the same goals to create a more coordinated effort at solving the big problems.

The other big issue Mason sees is a lack of taxable property. Much of Baraga County is part of the Keweenaw Bay Indian Community, and more is part of Michigan’s commercial forest program. Land that’s part of either isn’t taxable by the state.

“As a result, Baraga County is in financial peril,” Mason said.

To reverse those troubles, Mason would like to attract a mixture of different business to the county.

“Certainly tourism is one area that we could expand upon,” Mason said, reiterating he’s not interested in growing to the size of Munising.

Mason is also in favor of some manufacturing growth, and also attracting tech professionals who can work from home to the area.

“I had a great income working from home,” he said.

He’d like to add ideas from other community members to his own to formulate a strategy to move the county away from financial trouble.

While he does lead the county’s Republican Party, Mason said he doesn’t 100% agree with every party position. Environmental deregulation was a point he had to clarify.

“In general I’m on board with deregulation, but having grown up in Detroit and watched the fire that occurred down on Lake Erie, where the bay caught fire, we don’t need to go back to that,” Mason said. “There is a middle-ground.”