Speaker: violent media, not guns, is the problem 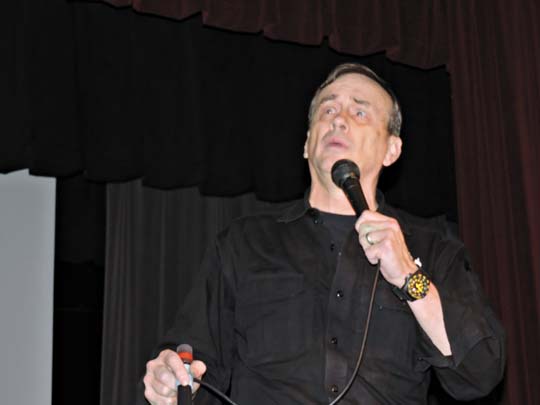 HOUGHTON — During his Monday presentation at the Houghton High School, retired Army Lt. Col. David Grossman said while the popular argument in the U.S. regarding school massacres is the lack of adequate firearm regulation, guns are not the problem.

He accuses the U.S. media of being intentionally misleading.

The media, he said, is deflecting the reality away from itself in promoting intense violence in movies, television shows and video games responsible for school massacres. He said these multibillion-dollar entertainment genres are what psychologists are saying is at the root of the real problem.

Grossman said there is evidence the media is manipulating statistics and slanting the truth.

In 2014, Pacific Standard online magazine claimed: “There may be a lot of issues at play, but it’s undeniable that the ease of access to guns in the United States is a major contributing factor to our ongoing school shooting crisis.”

Grossman claimed this was misleading, because the number of school massacres is increasing worldwide, but they are not mentioned in U.S. media.

Massacres are also common in the United Kingdom, according to the Guardian UK. That news organization has also conducted surveys and studies on teen killings.

NEXT: While the number of teen shootings have decreased dramatically in countries like the UK since handguns were banned, killings still occur.