MTU graduates looking at next steps for after graduation 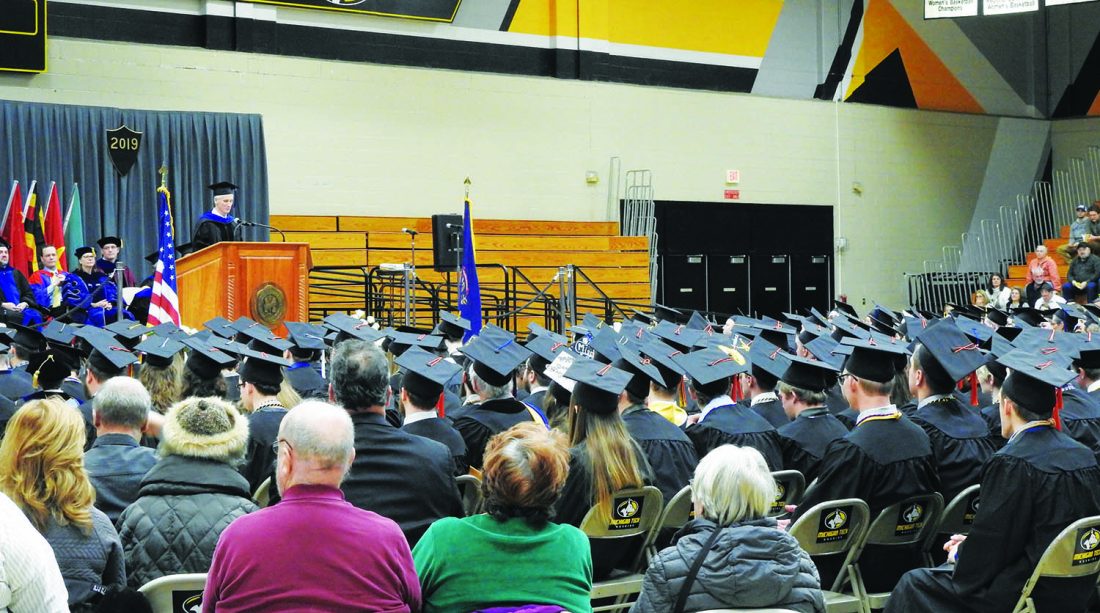 “It’s like all of the hard work has totally paid off, but at the same time, there’s the next step,” Sound Design graduate Sarah Calvert said in an interview. Calvert will be continuing further education at the University of Illinois.

The ceremony honored students obtaining their bachelors, masters, and doctorate degrees. Some of the students, like Calvert, will be continuing their education, while others are entering the workforce. The ceremony also recognized six cadets from the Reserve Officer Training Corps.

“I hope you will all look back on this day and all of the people who helped you along the way,” MTU President Richard Koubek said in his welcome address. Koubek also introduced the student speaker, Victoria Quinde Sorrano.

Sorrano graduated with a bachelor’s in Mechanical Engineering. Originally from Ecuador, Sorrano was also a language coach and a tennis player while at MTU. 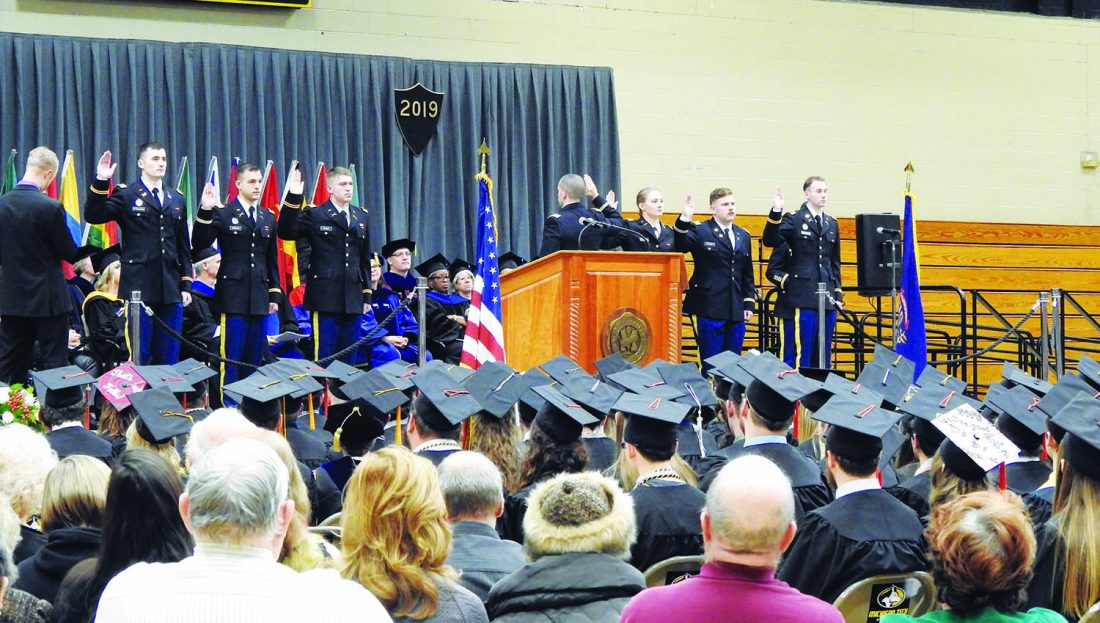 (Jon Jaehnig/For the Gazette) Among those graduates recognized were David Eychaner, Lucas Grulke, Ethan Knake, Natalie McGrath, John Stough, and Sean Wentworth, six cadets from the Reserve Officer Training Corps who will now be assigned training or stations in the armed forces.

“People who go to MTU have superpowers. Huskies have the superpower to make the impossible happen … our greatest superpower was developed here: to embrace ourselves and become a big, wonderful family away from home,” said Sorrano. “Our futures are full of astonishing promise.”

This semester’s commencement speaker was 30-year-old Tech graduate and entrepreneur Jennifer Julien. During her time at MTU she had been a member of the undergraduate and graduate student governments and the homecoming court, as well as racing snowmobiles and any number of other adventures.

“Every one of you already has the tools for success … When I was sitting where you are now, I had no idea that the people that I met in college would be so influential in my career,” said Julien. “I think that you will find that Michigan Tech is a magic password that will open a lot of doors for you.”

The Alumni Welcome was given by Linda Kennedy, MTU graduate and member of the board of trustees. Her address, like the two before it, focused on the theme of MTU as an extended family.

“On behalf of more than 78,000 MTU alumni living around the world, it is my honor to welcome you to the family,” said Kennedy. “As a new graduate, I encourage you to display your diploma with pride.” 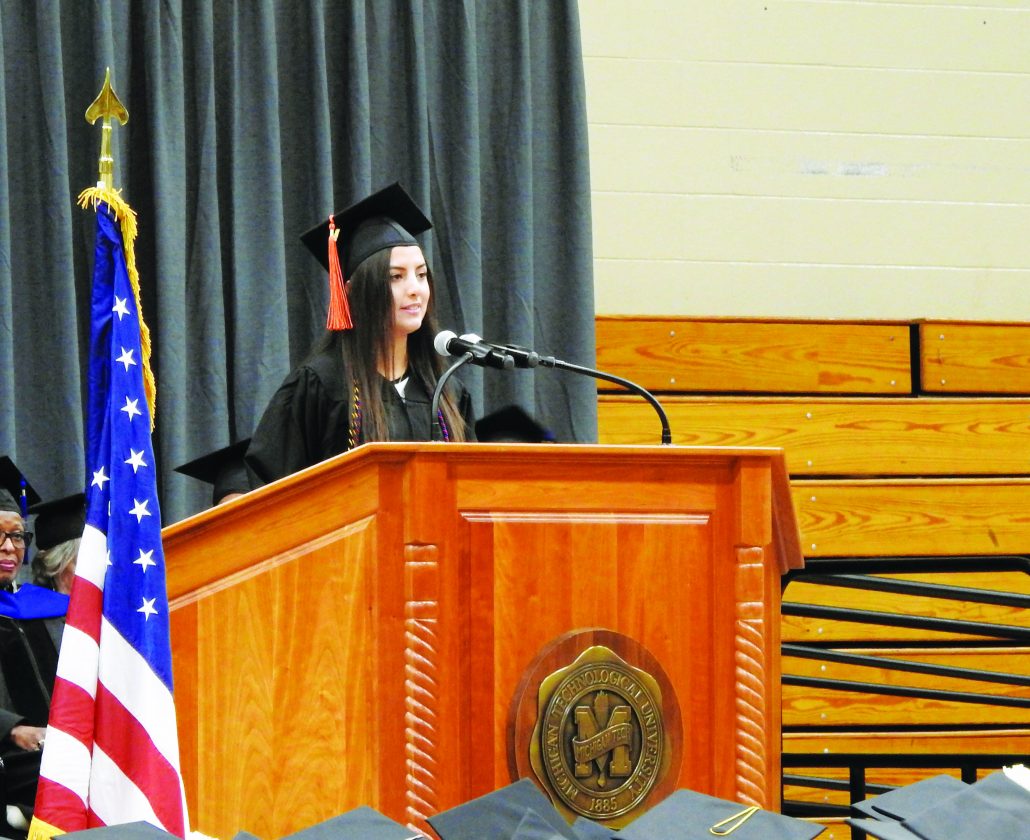 (Jon Jaehnig/For the Gazette) Student speaker Victoria Quinde Serrano, a Mechanical Engineering Major from Ecuador said of her classmates, “our futures are full of astonishing promise.”

The new graduates were played out of the room by the famous MTU pep band in their striped coveralls. A number of recent graduates left the ranks to join their bandmates.

Editor’s note: This story has been edited to correct the number of graduates involved in the commencement ceremony.