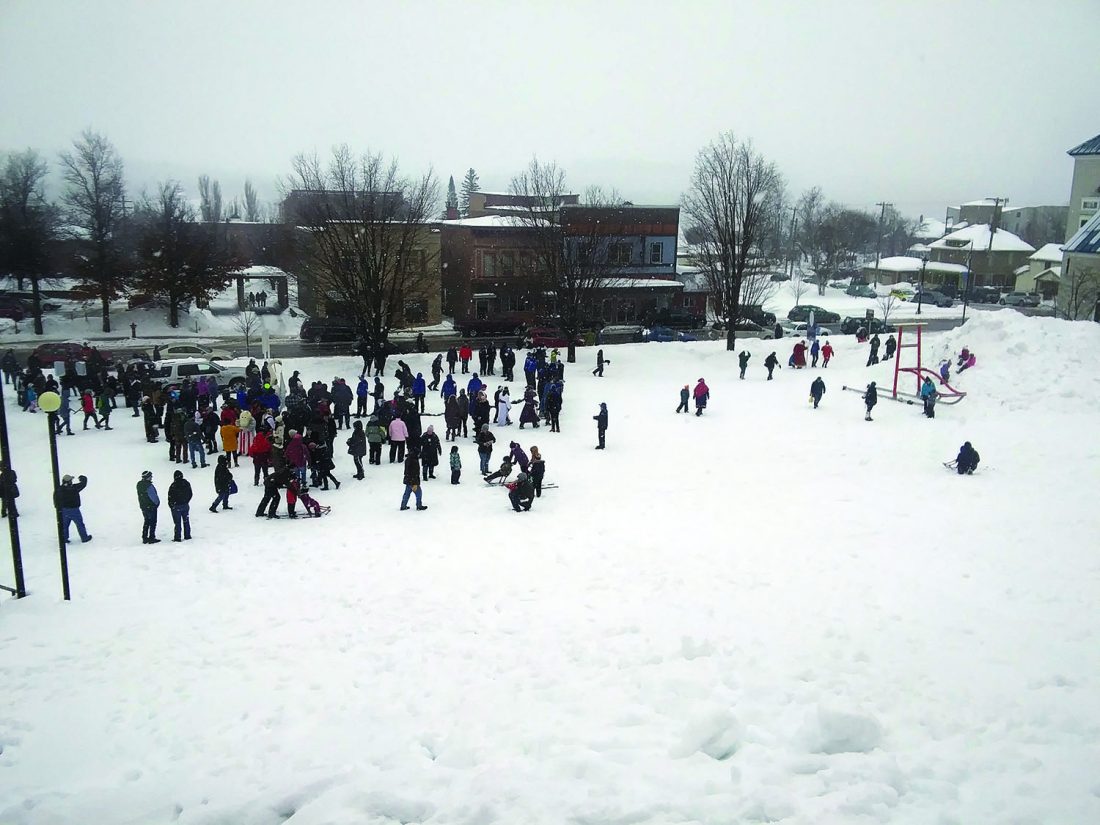 Jon Jaehnig/For the Gazette Games and activities on the Quincy Green.

HANCOCK — Heikinpaiva, Hancock’s Finnish Heritage Midwinter celebration, took place in downtown Hancock on Saturday. The month-long event features Finnish food, music, art, and games and the final day begins with a parade including characters from Finnish tradition and popular culture. However, people enjoy the event whether or not they have Finnish ancestors.

“Heikinpaiva started as a one-day celebration for people from Finland who were here for another reason … from there it grew and grew,” said David Maki, Chair of the Finnish Theme Committee that plans Heikinpaiva each year. “I personally find it interesting that there are so many so-called ‘non-Finns’ who have become so interested in Finnish culture.”

One prominent example is that of author Mark Munger of Duluth Minnesota. Munger held a book-signing, a meet-and-greet, and had a talk at Northwind Books. Munger recently published “Kotimaa,” the final installment of a historical fiction trilogy that follows a Finnish family from Finland, through Sweden to the Copper Country, then Minnesota, and back to Finland over 100 years.

“I’m a non-Finn writing about Finns. I grew up around them,” Munger said in an interview. “You see all of these old Finnish farmsteads and think ‘What made them come here?’.”

Participation was also encouraged in the parade. Anyone was able to go to the parade line up and mount a hobby horse to be in the parade. While the parade also featured figures from Finnish folklore and popular culture, local Finnish folk culture expert Kay Seppala introduced the characters over a speaker. 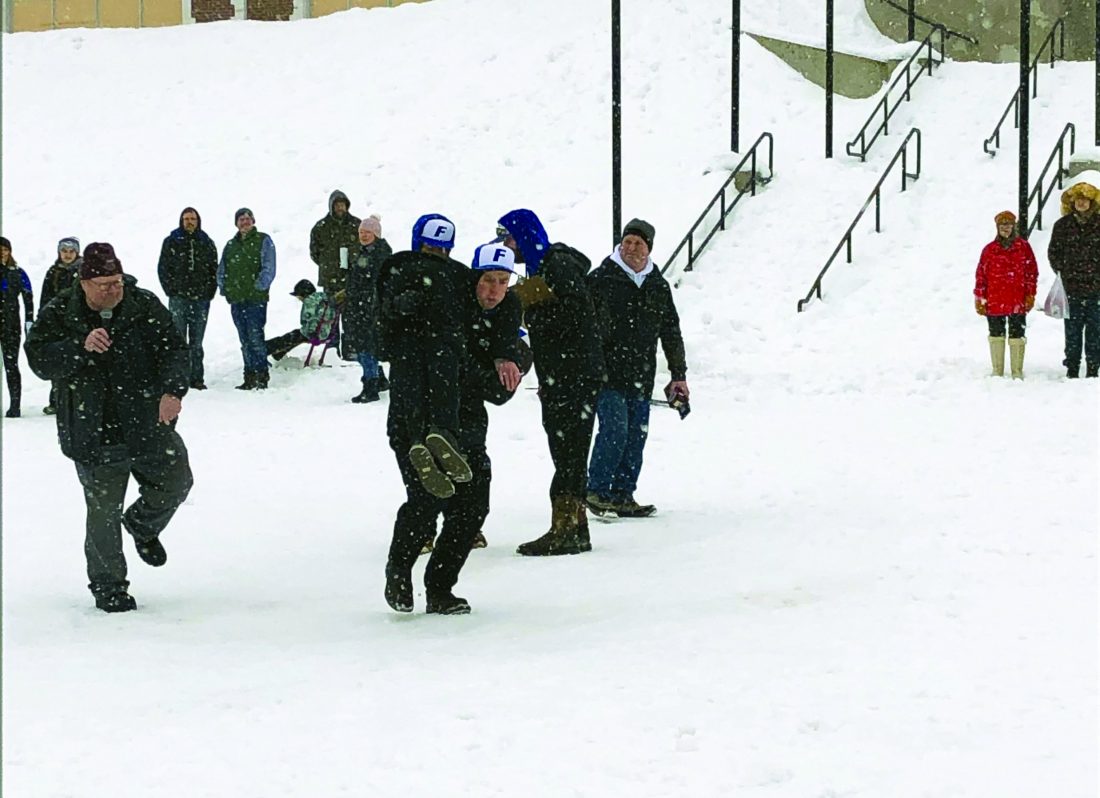 Many of the characters in the parade also appeared in art on display in the Copper Country Community Arts Center. The recently reopened CCCAC debuted an exhibit of works by local artists inspired by the Kalevala, the Finnish national epic. The passages from the Kalevala that inspired each piece is hung next to the piece so that visitors can appreciate the art without being familiar with the book.

“Finland is a country known for their design,” said CCCAC Director Cynthia Cote. “The imagery in the Kalevala is so rich it just makes sense to interpret it visually.”

The reception for the collection included Finnish appetizers made by local artist and cookbook author Kristen Rainanen Schoureck.

“I lived in Finland for a year and taught. Food is just a huge part of the culture and the day is built around it,” said Schoureck. “My heritage is from Finland and it’s been great to live in a place where Finnish heritage has never gone away.”

The CCCAC wasn’t the only place where Finnish food could be obtained. One Tori was located on either side of Quincy Green. One located in the First United Methodist Church sold deserts as well as crafts and preserves. Another, located in the Finnish American Heritage Center, offered heartier fare, including fish stew, and breads. There was also crafts and live Finnish music and dancing.

Between the two markets were outdoor activities, including children’s games and the annual wife carrying contest.

This year’s Heikinpaiva may have come and gone but Hancock other Finnish cultural events take place in Hancock year-round and the next Heikinpaiva is never more than a year away.