Mary Pekkala is the Hankookin Heikki for 2020 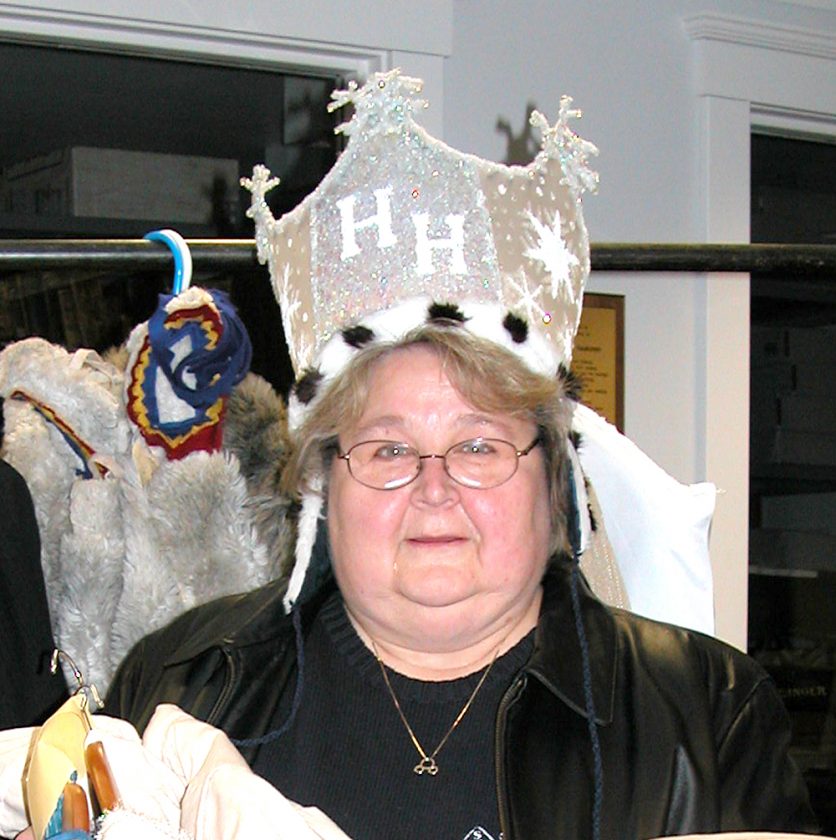 HANCOCK — Shortly after she was announced as the Hankookin Heikki for 2020, Mary Pekkala made it known in casual conversation — with her trademark smile adorning her face — that she wasn’t eager to climb aboard the giant kicksled upon which many previous honorees had ridden in the Heikinpäivä parade.

For her to appear in the parade at all is a victory for the members of the Finnish Theme Committee who selected Pekkala for the honor; it typically takes a minor miracle to get her out of the kitchen, or from behind the registration desk, or away from the laptop she uses to compile treasurer’s reports and other valuable databases.

All joking aside, Pekkala, a Hancock native, has been a devoted and tireless behind-the-scenes volunteer for the Finnish Theme Committee, as well as numerous other civic and cultural organizations, for decades. She joined the Theme Committee in 2000, and after one year her fellow members recognized her skills in financial matters (she worked for more than 40 years at Superior National Bank) and elected her treasurer – a post she’s held since. She also volunteers time at home to serve as the registration-taker for the Heikinpäivä enrichment classes each year.

She’s also a member of the Finlandia University Finnish Council in America, a group she joined in 2012 after – you guessed it – volunteering to help at the group’s Finnish Folk Music Camps. She recently completed a term as that group’s vice president. After she retired from Superior National Bank in 2008, Mary became a regular volunteer at the Finnish American Heritage Center, spending countless hours – both at the Center and from her home – compiling data, cataloging obituaries and other genealogical resources, and generally stepping in to help wherever and whenever it was needed. On top of that, she was also a member of the FinnFest USA 2013 board of directors, helping to plan and execute that five-day festival which brought upwards of 8,000 people to the area.

Along with her cultural involvement, Mary serves in a variety of other ways in the Copper Country, offering her skills on committees with the City of Hancock, as well as for her church, Holy Trinity Lutheran in Chassell. In all cases, Mary’s the person who raises her hand and accepts the tasks that others might describe as tedious – but ultimately are vital to any organization’s success. She completes these tasks with accuracy, efficiency, and with a smile.

Pekkala’s honor was announced at the annual celebration of Finland’s Independence Day at Finlandia University in early December. Hankookin Heikki (the Heikki of Hancock) is bestowed each year by the Finnish Theme Committee upon a person or people whose efforts to preserve and promote Finnish-American and Finnish culture in the Copper Country go beyond “typical.”

Along with appearing in the parade, each year’s honoree has his or her name added to the Hankookin Heikki plaque, which adorns the wall in the entryway to the Finnish American Heritage Center on the Finlandia University campus.

Pekkala’s reign over the festival begins on Jan. 9, when Heikinpäivä kicks off with the Nordic Film Series screening of “Sirkka: Past and Present.” Additional festival events take place throughout the month, culminating on Saturday, January 25 with a full day of activity in and around Hancock. For more information, visit Finlandia.edu/heikinpaiva, or find Heikinpäivä on Facebook.