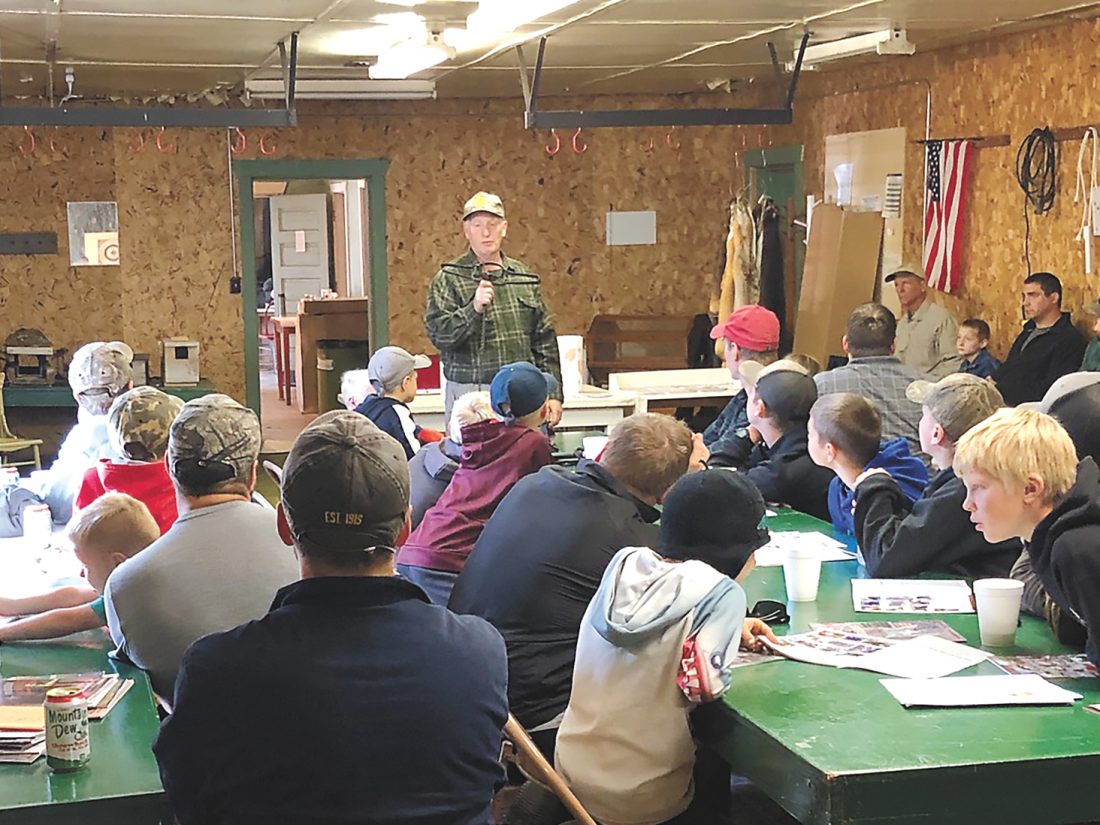 This year’s workshop was attended by 40 participants. Men, women, and youngsters took part in the popular event.

“This included both experienced and inexperienced trappers,” said LSSC president Walt Toepfer. “Some also came for the firearms drawing.”

In the afternoon, attendees were given trapping prizes such as traps, lure, trapping literature, and fur bags. This was followed by a field demonstration of actual trapping sets for different animals. The field portion of the workshop took place on club grounds.

Toepfer thanked the instructors that helped with the workshop.

“Lake Superior Sportsman’s Club appreciates the instructors and their willingness to share their knowledge, and all of the other contributors that made this program a success,” he said. “This also includes other individuals and businesses that contributed their time and/or made donations, and others that worked so hard to put this program together.”

The LSSC is continuing to work with the Michigan DNR on a major expansion project on the grounds and the proposed new club building. This major project includes the construction of a new club house, and meeting facility. It also includes an indoor shooting range and needed utilities to allow for year round target shooting, according to Lori Burford, Shooting Range Specialist for the Department of Natural Resources. Burford is based out of the Roscommon Customer Service Center.

There will be different phases of the project. Current estimated costs for Phase One improvements is roughly $2.4 million. The DNR has applied for $300,000 in funds from Michigan Natural Resources Trust Fund. LSSC has raised roughly $125,000.

The volunteer-driven club raises money throughout the year on firearm raffles. The winners of the latest raffle that was drawn at last weekend’s workshop were Brianne Schmaus, Todd Glanville, Richard Taddeo, Tanner Estola and Tim Rivera.

“A good time was had by all and plans are already being formulated for next year’s event,” Toepfer said. “We appreciate those that attended and look forward to seeing you as well as new participants next year.”

Community foundation of the Upper Peninsula

Greg Sudderth, Chair of the Grants Committee of the Upper Peninsula Sustainable Forest and Wildlife Fund ...

The Michigan Department of Natural Resources will move to a new, more technologically advanced system for selling ...

HANCOCK — The Keweenaw Nordic Ski Club (KNSC) and the Keweenaw Community Foundation are excited to dedicate the ...

A total of $3 million is available through the Michigan Department of Environment, Great Lakes, and Energy’s ...