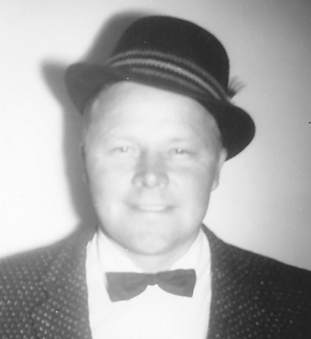 Alvin was born on November 5, 1928, on the Mattila family farm in Toivola, the eighth of thirteen children born to Samuel and Laura Mattila.

Alvin was preceded in death by his parents, nine of his siblings, and two wives, Katherine (Brazil) Mattila and Lydia (McLaren) Mattila.

Alvin’s early life was spent working on the family farm. He also passed countless hours in the woods, acquiring life skills and knowledge that would well serve him in later years. Since learning in a traditional manner was very difficult for Alvin, his time at Heikkinen School in Toivola did not generate pleasant memories, but it also did not dampen his lifelong love of learning.

Alvin left Toivola as a young man, to wander a bit, take odd jobs and kick up his heels. Then came the draft notice (Korean War) and off Alvin went to San Francisco’s Presidio Army Base, where he was posted as a Military Policeman. It was there, at a U.S.O. dance, that the stars aligned and he met his “Angel”, Katherine Mae Brazil, a Finnish-American nursing student from Eureka, California. Katherine had told her friends, with some jest, that she’d planned to only marry a handsome Finnish fellow who could skillfully schottische. As kismet would have it, Alvin was a skilled dancer, handsome and of Finnish descent, and their fates were sealed as the dance wound down. Alvin and Katherine were wed on September 12, 1953 in Eureka.

Settling in San Francisco, Alvin first worked for Pacific Gas and Electric Company as a lineman and then joined the San Francisco Municipal Railway as an electrician, keeping the electric lines that powered the streetcars and electric busses in good working order. Their happy life together included the addition of their hoped-for child, Yvonne Sofia Mattila. The family of three camped in the western United States, Canada and Europe, Alvin fishing as often as time and the locals would allow. As empty nesters, Alvin and Katherine travelled in Europe and the Middle East. Alvin’s world took a sad turn when his beloved Katherine, after 29 years of togetherness, died after a two-year battle with cancer in April of 1982.

Alvin married Lydia McLaren on December 17, 1982. They resided in San Francisco, California, Fernley, Nevada and Bonners Ferry, Idaho. During their marriage they travelled to Scotland and New Zealand. Lydia encouraged Alvin to paint and write in his sunset years. Alvin again experienced spousal loss when Lydia died in April of 2014 after a five-year decline from Alzheimer’s disease.

In the Fall of 2014 Alvin went to live at a memory care facility in Coeur d’Alene, Idaho. When his health deteriorated beyond the care capabilities of the facility, he moved to a more advanced care facility, where he contracted influenza, which was ultimately the cause of his death. He was a resident of a hospice for a short time before his passing, where his daughter was able to communicate with him by holding his hand while singing him songs from his early life. Despite being in the sleeplike state that precedes death, Alvin was able to squeeze his daughter’s hand when he heard his favorite song.

Alvin believed a stranger was simply a friend he hadn’t yet met. He considered his fellow humans to be his brothers and sisters, each of them on their own journey and worthy of his time and help, if needed. He could never understand why some folks thought they were better than others or how some people could find joy in being mean or unsympathetic towards those in need, he figured they must have had it rough at some time in their lives and they still carried that hurt inside of them.

Alvin was a loving, generous and forgiving man whose warmth and gentle, seeking spirit are missed.