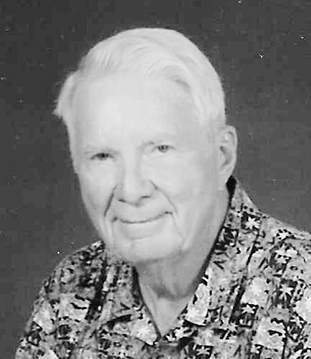 Jon-Eric was born on February 21, 1933, in Baraga, the son of the late Theodore and Isabelle (Swanson) Stenson.

An infant sister, Linnea, preceded him in death.

Jon-Eric graduated from Baraga Township High School in 1951, and attended Michigan State University where he received a Master of Science degree in Resource Development and Economics. He held professional/managerial positions with the Michigan Water Resources Commission, the U.S. Department of Interior, and the U.S. Environmental Protection Agency. He also served on special assignments to the Federal Regional Council as Associate Staff Director, and the College of Lake County, Illinois as Government Services Coordinator. He served in the Michigan National Guard for nine years.

After his retirement in 1983, Jon-Eric pursued his interest in insurance and real estate, primarily in Port Charlotte, Florida, where he had a winter home.

Jon-Eric was a member of L’Anse Lodge #547, F&M, The Keweenaw Bay and North Port Florida Shrine Clubs, and the Consistory (Scottish Rite) and Ahmed Temple Shrine of Marquette. He also was a member of the American Legion, the Elks and Moose Lodges, and the National Rifle Association.

He enjoyed his “camp” at Kelly Lake, hunting, fishing, and hiking, and where he shared his love of “the singing wilderness” with his children. He also traveled extensively throughout the United States, Canada, Central America, and Europe. Even as adults, his kids still laugh out loud remembering his detailed reading of “The Night Before Christmas” that always included Grandma Moses’ biography and with an accounting of her many brothers, all of them named Henry.

Memorial services will be held in September: A Masonic service at the lodge in L’Anse and a church service. Please watch this paper for an announcement in September.

In lieu of flowers, the family requests donations be made to Holy Cross Evangelical Lutheran Church in Baraga and/or Shriner’s Hospitals for Children.