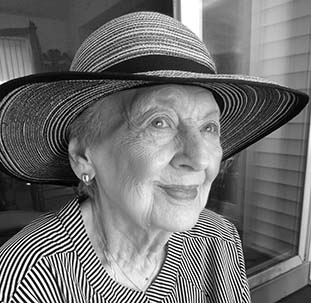 HOUGHTON — Stephanie Shem, 90, a resident of Arbor Green in Houghton, passed away Friday, October 25, 2019, at Aspirus Keweenaw Hospital in Laurium.

She was born on June 29, 1929, in Wilton, North Dakota. to the late Michael and Mary (Sawchuk) Makowski. She grew up in Cleveland, Ohio, and graduated as Valedictorian from Lincoln High School. Stephanie went on to marry and have two daughters. She relocated to Houghton in 2000.

Stephanie was preceded in death by her parents; and brother, John Makowski.

She is survived by her two daughters, Fredi (Donn) de Yampert of Houghton, Sarah (Tom Habenacht) Shem of Broomfield, Colorado; her grandchildren, Byron, Tommy and Juli; and a niece, Judy Simpson.

A private family service will be held at a later time.

In lieu of flowers or other expressions of sympathy, the family asks that donations be made to one of the following charities in Stephanie’s memory. Alzheimer’s Research, St. Jude’s Children’s Hospital, Cleveland Museum of Natural History or Finlandia University.

To view Stephanie’s obituary or to send condolences to the family, please visit memorialchapel.net.

The Memorial Chapel & Plowe Funeral Home of Houghton is assisting the family with the arrangements.