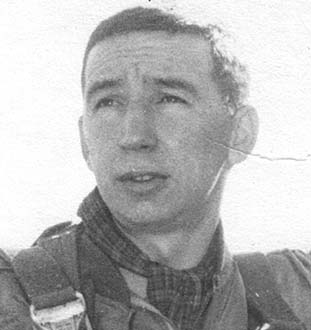 HOUGHTON — B. Frank Sager, 86, a former resident of Ahmeek and currently of Houghton passed away peacefully at his home on Tuesday, October 29, 2019.

He was born on January 14, 1933 in Laurium to Frank and Mary (Rozich) Sager. He attended the local schools and graduated from Calumet High School with the Class of 1951. Following high school, Frank attended Michigan College of Mining and Technology where he received his Bachelors Degree in Electrical Engineering in 1955. After graduation, Frank was commissioned as a second lieutenant in the United States Air Force. He completed flight school, and continued his military service as a pilot. Frank served during the Vietnam War and was honorably discharged in 1963.

His passion for flying continued without pause after the Air Force. Frank was an avid aeronautical professional and flight instructor. His first love was flying airplanes and sharing his knowledge and enthusiasm with his students.

In 1965, Frank obtained his Masters in Engineering from the University of Pennsylvania, where he also taught. From there, he went to Lake Superior State College in Sault Ste. Marie and served for 15 years both as an electronics engineering professor and department head. He moved on to Ferris State College in Big Rapids as a department head until his retirement in 1990, after which he returned to the Copper Country.

On August 12, 1978 he was united in marriage to Marilyn Russell Gannon in Sault Ste. Marie and celebrated 41 years of marriage this past August. Frank was a long-time member of the Miscowaubik Club in Calumet, and he was an ardent bridge player and member of the American Contract Bridge League.

He is preceded in death by his parents, Frank and Mary Sager; and sister, Patsy Spagnotti.

He is survived by his wife, Marilyn of Houghton; his son, Steven (Pat) Sager of Florida, currently residing in Northern Ireland; his daughter, Susan (Randy) Ramage of California; his stepdaughter Coleen Martinez of Missouri; his sister, Mary Sager of Lake Linden; three grandchildren, Aaron, Kimberly and Scott; and several nieces, nephews, and cousins.

Per Frank’s wishes, private services were held and burial has taken place at the Calvary Cemetery in Ahmeek. Online condolences for the family may be left at ericksoncrowleypeterson.com.