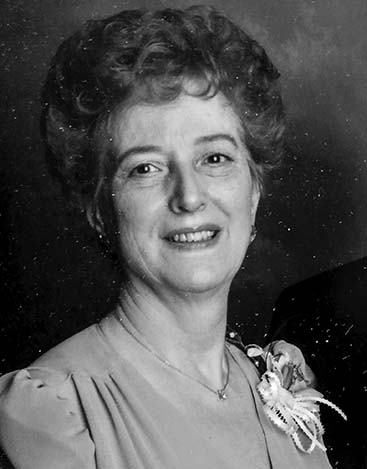 She was born on October 15, 1930, in Detroit. It was recorded on her birth certificate, Helen Elizabeth, to be known as “Betty”.

Betty was raised by her grandparents in Ahmeek and was a graduate of the Calumet High School.

She was married to Leonard Holmbo in 1949, in Ahmeek. The couple moved to Redford Township where they raised their family. Betty was a very active and social member of the community belonging to several organizations in the area, including the Depression Glass Society, local pinochle club and sewing club. She was a founding member of the Finnish Cultural Center in Farmington Hills and was instrumental in the development of the center.

In 2003, Leonard and Betty moved to Hancock to make their home. They were married for 70 years before Leonard passed away in January of 2019.

Betty was member of the Range Apostolic Lutheran Church of South Range.

She continued being active in the local community. She was a member of the Red Hat Society, enjoyed playing bingo, volunteered at the Community Art Center and was influential in the Heikinpaaiva Mitten Project among many other projects.

Betty is survived by a son, David; two grandchildren, Elliott and Molly; and several nieces, nephews and cousins.

Besides her husband, Leonard, Betty was also preceded in death by her mother, Minda; and a sister, Connie Fosness.

Graveside services will be held in the spring at the Lakeside Cemetery in Hancock, and will be announced by the Jukuri-Antila Funeral Home of Hancock.