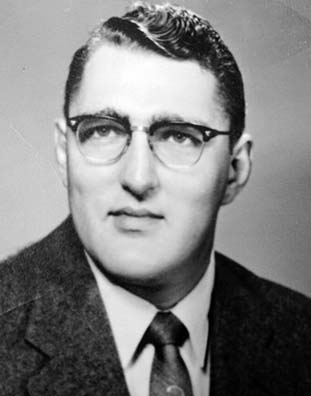 ONTONAGON — William “Bill” LaBine, 90, of Ontonagon, passed away peacefully on March 17, 2020 at Omega House in Houghton.

He was born in Ashland, Wisconsin on January 16, 1930, to William and Beatrice (Hill) LaBine. He graduated from Ontonagon High School with the Class of 1948. During his senior year, his basketball team was Upper Peninsula Regional Champions. Following graduation, he served in the US Navy from 1948-1952 in the Korean War. Following his discharge from the Navy, he attended the University of Wisconsin – Stout and graduated with a degree in teaching. Bill taught math and driver’s education at the Mass High School for 8.5 years, and then went on to work in the maintenance department at Smurfit Stone, retiring after 28 years.

Bill was a founding member of the Stein Club and enjoyed golfing, hunting, woodworking, and playing cribbage. He had previously served on the Ontonagon Village Council, the Ontonagon Memorial Hospital Board, and the Ontonagon Golf Club Board.

He was preceded in death by his parents.

A Memorial Service for Bill will be held at a later date and will be announced. The Cane Funeral Home is assisting the family.

In lieu of flowers, donations may be made to the Omega House in Houghton.