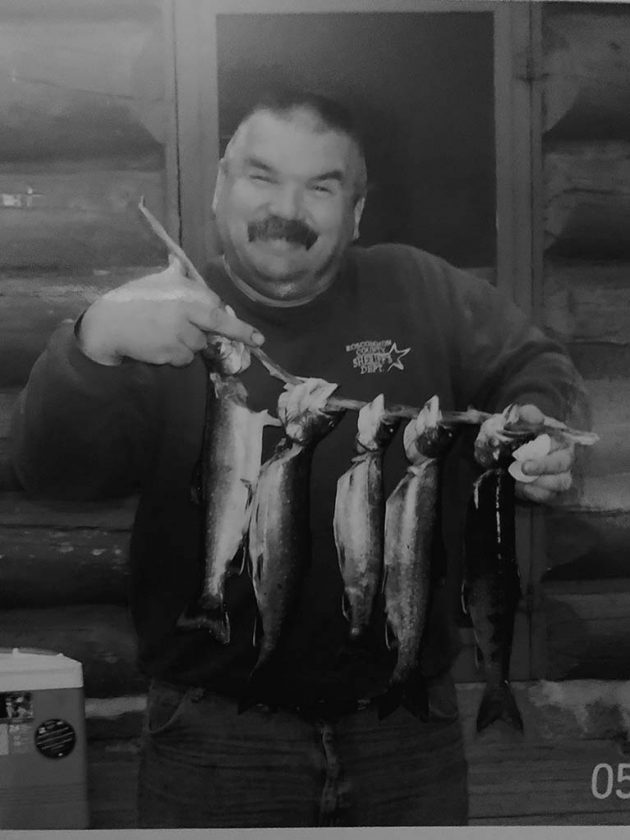 ONTONAGON — Danny Wayne Floyd, 69, of Ontonagon, passed away Saturday, May 16th at his home in White Pine ,with is wife Dawn by his side.

Danny was born at the Ontonagon Memorial Hospital to Lempi Foeller and Roy Floyd on August 8th 1950. He attended school in Rockland until he came to Ontonagon to graduate as a Gladiator in 1969 and what a Gladiator he was! He earned a sports scholarship to Northern Michigan University but decided school wasn’t something he enjoyed.

Shortly after leaving NMU, he was drafted into the U.S. Army and sent to Vietnam as a forward observer. Danny was very accomplished in anything he felt passionate about. He earned countless athletic trophies, medals and awards throughout school and the service.

He was an avid outdoorsman. He loved to bowl, play softball and golf, arm wrestling and the also shot pool for many years and let’s not forget about one of his favorite places Camp FUBAR!

Danny was also a volunteer fireman in Ontonagon for numerous years and volunteered all over the map for many differrent purposes. He was well known for his cooking, quick witt and just being a fun loving soul to be around. He worked at the Ontonagon paper mill until the time it shut down and then attended Gogebic Community College as a 61 year old freshman and graduated with honors and an associates degree just so he wasnt forced to an early retirement.

He was known as a talented carpenter since a young age. Danny was always helping people in need. Along with side jobs building something his skills were well known and highly sought for. Along with his honest humble, kind heart. He was a “mountain of a man but a jolly and gentle giant.” Danny was a member of many clubs and organizations, including the American Legion, VFW, Eagles, Golf Club and many others.

Danny is survived by his wife, Dawn Peloso-Floyd, his daughter Dana and grand daughter Halle Floyd. Sister; Shirley Roehm. Brother’s; Dick and Toots Floyd. Many, many family like friends.

He is preceded in death by his mother and father. Brother’s; Tommy, Bill, James (Whitey), sister’s, Donna and Janet.

Danny’s wishes were to be cremated and due to the COVID-19 pandemic the celebration of life willl be posetponed until it is safe to attend gatherings. We will announce at a later date.

We would like to thank everyone for the overwhelming outpour of well wishes and condolences. Also, the Cane Funeral Home for the amazing support and service. Very professional & compassionate and made the best experience out of a heart breaking transition! Your kindness will not be forgotten.