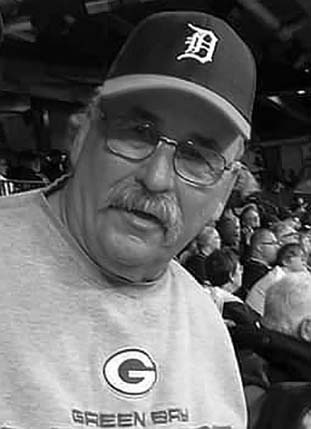 ISHPEMING — Robert J. “Bob” Lauren, age 74, of 1765 Glenwood Lane, Ishpeming, passed away on Monday, May 11, 2020 at UP Health System Marquette after suffering a stroke a day earlier.

Robert was born in Laurium, Michigan, on December 20, 1945, a son of the late Ellen (Halkola) and Rudy L. Lauren. He grew up in Mohawk and is a 1964 graduate of Calumet High School. He took up hockey at an early age and played for the Milwaukee Admirals when they were a semi-pro team. He met his wife, Cheryl, in 1967 while living in Milwaukee. Bob’s love of the U.P. propelled him to move back and eventually to the Ishpeming area in 1975, working for UPPCO as a lineman, electrician and meter reader for 30+ years, retiring in 2008. He had served in the Michigan Army National Guard.

Bob was a member of Christ the King Lutheran Church. Through his love of hockey, Bob was instrumental in the formation of the Ishpeming Hockey Association and later the Iron Range Hockey Association of which he served as President for 15 years. Some hobbies he enjoyed were hunting and woodworking. Like a true Finlander, Bob enjoyed the sauna he built in the basement of his home. He was an avid fan of the Detroit Red Wings and Tigers and the Green Bay Packers. Bob never missed the 6 o’clock TV6 News, and read the Mining Journal daily from front to back.

A private memorial service was held at Christ the King Lutheran Church with Pastor DJ Thomsen officiating. A public memorial will be held at a later date.

Bob’s obituary may also be viewed at bjorkandzhulkie.com where relatives and friends may leave a note of remembrance.