Without games, NBA players reaching out 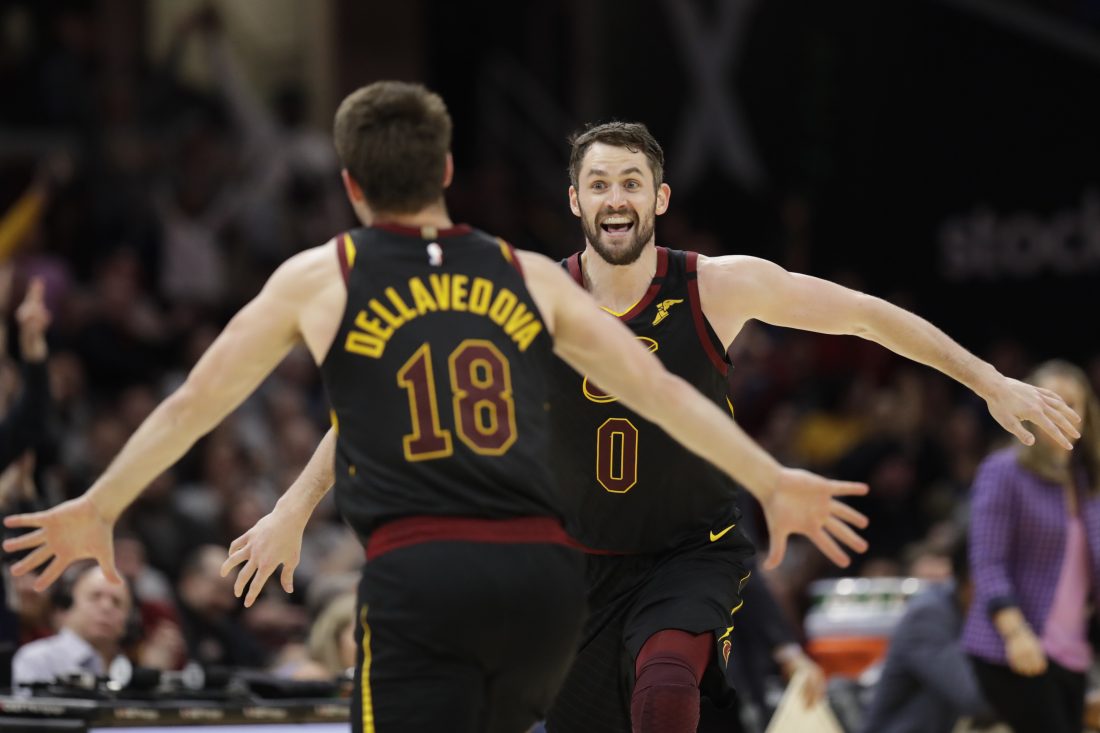 Cleveland Cavaliers' Kevin Love, right, and Matthew Dellavedova celebrate after Love made a three-point shot in overtime in an NBA basketball game against the San Antonio Spurs, Sunday, March 8, 2020, in Cleveland. The Cavaliers won 132-129 in overtime. (AP Photo/Tony Dejak)

Cleveland’s Kevin Love did his best to reassure a skittish and scared public. Denver’s Jamal Murray sat at his piano and played theme songs. Atlanta’s Trae Young shot balled-up socks into a trash can. Miami’s Goran Dragic, in his native Slovenian, told people to stay inside.

This is the new NBA normal in a coronavirus-dominated world.

Even without games, the league is trying to engage and even encourage fans in these tough times.

So far, almost 20 current and former players have partnered with the NBA and WNBA for a new sort of public-service announcement as the world continues dealing with the coronavirus pandemic that is known to have struck about a quarter-million people worldwide, killed nearly 10,000 and has essentially shut down sports around the globe.

“We’re able to reach a number probably in the hundreds of millions, but as far as kids go, tens of millions of kids just by pressing send on an NBA PSA,” Love said. “So for me, it was considering that community aspect as well as, you know, thinking of young kids now being at home being homeschooled, at-risk youth being homeschooled … we have to reach them.”

Love’s PSA, released earlier this week, went for nearly three minutes and was a continuation of sorts of the conversation he’s been having publicly for some time about mental health. “Now more than ever, we have to practice compassion. … We need more of that,” Love said in his video.

Love went public two years ago about his struggles with depression and was one of the first NBA players to announce a donation to help arena employees who aren’t at work right now because of the shutdown. He gave $100,000 and has been raising money through his Kevin Love Fund to directly donate to mental health organizations working with high-risk children and teens who need help with their mental well-being.

Love didn’t hesitate before deciding whether to talk directly to fans.

“This is just incredibly anxiety-ridden, stressful, and I think the unknown is what really scares us,” Love said. “So, it’s completely normal to feel this way and what people are feeling is normal. And I think that just being isolated at your home, it’s tough to stay away from this 24-hour news cycle where all people are getting are things that will send them down a slippery slope and in a spiral because it just seems to be so negative.”

The league started these PSAs on March 13, two days after the NBA’s shutdown because of the virus went into effect. In less than a week across all platforms — NBA.com, Facebook, Instagram, Twitter and Tik Tok — the videos collected more than 36 million views, or reaching, on average, 70 people every second.

“Just a reminder to make sure you guys wash your hands, avoid large crowds and if you might be sick, quarantine yourself,” Portland guard Damian Lillard said in his PSA. “This is only a virus that we can beat together.”

Toronto coach Nick Nurse was one of many who spoke about the need to listen to medical professionals and wash hands frequently; the official guideline is 20 seconds, Nurse suggested raising the bar to 24 seconds in a nod to the NBA shot clock.

“This is one time we don’t mind a shot clock violation,” Nurse said.

Other NBA players are making sure to keep their social-media contact with fans up in different ways. Phoenix’s Frank Kaminsky and New Orleans’ JJ Redick are among the players who have dropped podcasts this week, and the Los Angeles Lakers’ LeBron James took his enormous following inside his home for a 45-minute live video Thursday night while he played cards with his family.

James talked about such things as the Game 6 of the 2012 Eastern Conference finals when he led Miami to a season-saving road win at Boston — “if we lose, Pat Riley may break us all up,” he said, recalling what his mindset was that night — to his favorite wines and sneakers, to how he hopes to remain with the Lakers for the rest of his career.

“I might do this more often, man,” James said shortly before he ended the live broadcast. “Going to be quarantined for the next 12, 13 days.”

More PSAs are coming from the NBA and some will be geared toward the league’s international fan base. Slovenian star Luka Doncic of the Dallas Mavericks is part of a PSA, as is Spanish legend Pau Gasol. Ricky Rubio of Spain, Danilo Gallinari of Italy, Rui Hachimura of Japan and Buddy Hield of the Bahamas have ones scheduled to be released soon.

Plus, Rudy Gobert and Donovan Mitchell — Utah Jazz All-Star teammates and the first two players in the NBA to have positive tests for COVID-19 — taped PSAs in the opening days of the initiative.

All the messages are different, but to Love, the theme is the same: The virus is affecting virtually everyone on the planet. And if NBA players talk about their angst, maybe fans won’t find their own angst to be so troubling. 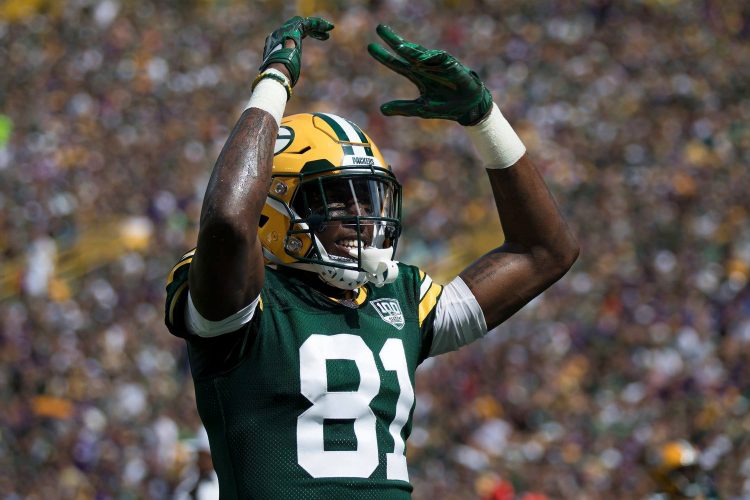 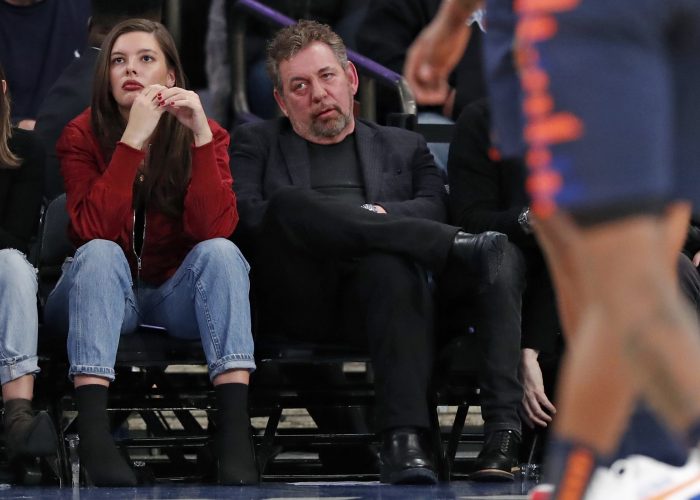 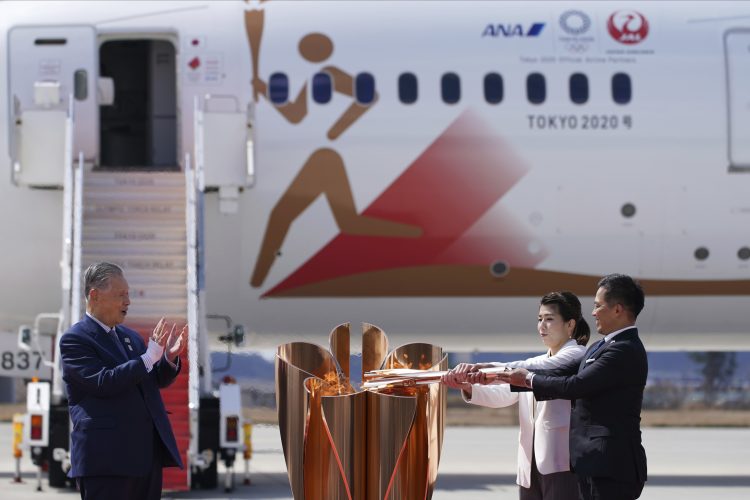 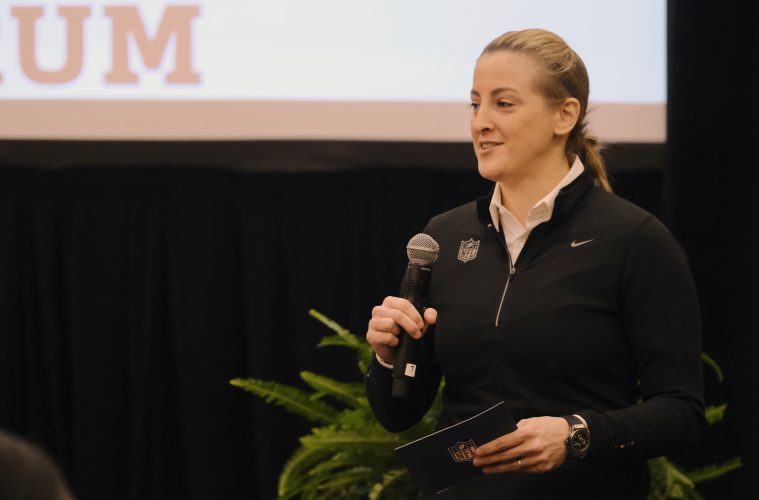