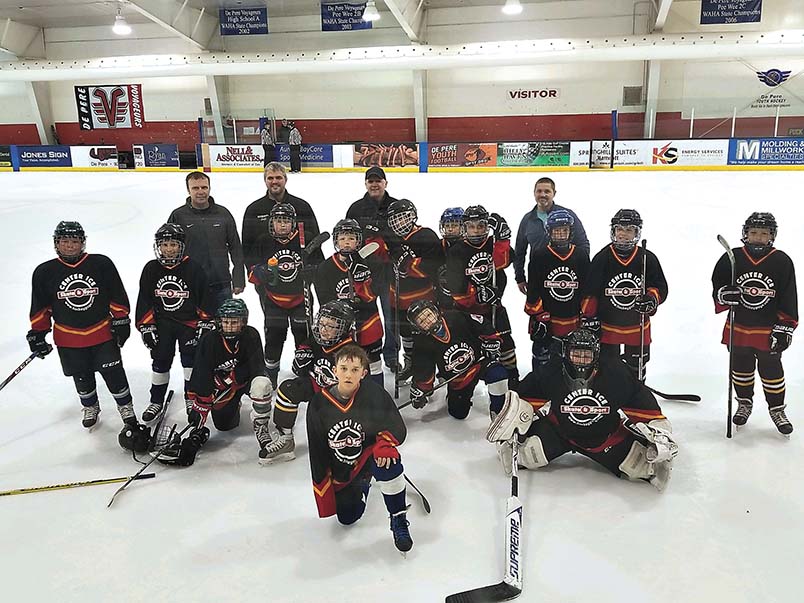 Provided photo Members of Center Ice pose after playing their final game in the Cheese Cup tournament over the weekend in Green Bay, Wisconsin.

GREEN BAY, Wis. — While there are four teams left competing for the NHL’s Stanley Cup, several young skaters had the chance last weekend to compete for the Cheese Cup in Green Bay, Wisconsin, at the Cornerstone Community Center and the DePere Ice Arena.

In the 2008 age group, Team Copper Country cruised to a tournament title by defeating the Hornets, 7-1, in their opening game. They followed that win with a 12-0 drubbing of the Midwest Tundra.

In their third game of the round robin, Team CC defeated Bandit Hockey, 9-3 in a game that later proved to be a preview of the tournament championship. In the rematch, Team CC was again victorious, winning 8-0.

A second local squad competed in the 2008 age group. Center Ice fell to Bandit Hockey, 10-0, in their tournament opener. The Hornets defeated Center Ice in the second game, 12-4.

Center Ice did record a win in their third game, 9-3, over the Midwest Tundra, but then fell to the Tundra in the fifth-place contest, 6-3.

In the 2009 age group, the Copper Country Chiefs, coached by former Hancock stars Peter Rouleau and Mario Paoli, went undefeated during round robin play before falling in the championship game to the Evictors, 8-5.

In their opener, the Chiefs beat Grit Hockey Club, 14-2. In their second contest, the Chiefs rolled to a 12-0 victory over the FF Freeze.

In their third game, the Chiefs defeated the Hornets, 2-1. Looking to finish the round robin strong, the Chiefs down the Leafs, 13-1, sealing themselves a spot in the title game.