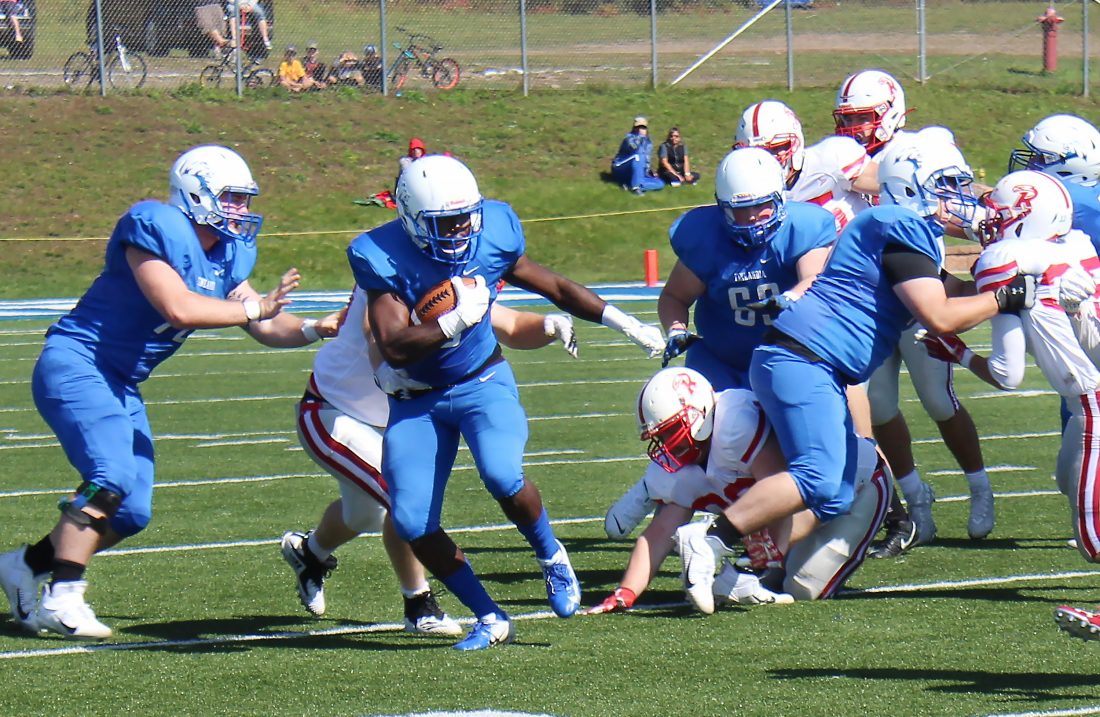 HANCOCK — Just when the Finlandia University football team appeared to be getting some footing Saturday against Ripon College, the roof caved in.

The Lions, who played a solid first quarter at McAfee Field and trailed just 7-6, imploded in the second quarter on the way to a 45-12 loss.

“I don’t how to explain it,” Lions’ coach Travis Wiltzius said afterward. “In the first quarter last week at Concordia, we played pretty well in the opening 15 minutes. Then, like today, we had a bad second quarter and they (Redhawks) took advantage. It’s something we have to find an answer for.”

Costly penalties, mistakes and just general erratic play did in the Lions in their home opener.

But Wiltzius was particularly upset with the penalties, three of which were unsportsmanlike variety.

“We have to get rid of those penalties,” he said. “Those kind are of a discipline issue. I told the guys at halftime we can’t commit them at this level and expect to have any success.”

Ripon (1-1) took a 7-0 lead early in the contest behind option quarterback Cormac Madigan. But tailback Austin Bunder got the score on a two-yard run and Kyle Jobke hit the kick.

Tailback DJ Davis covered the final two yards, but the PAT was blocked. That made it 7-6.

The Redhawks began a 31-point salvo in the second quarter on a 43-yard scamper by Bunders. They added a 42-yard field goal by Jobke to make it 17-6.

Then it really got ugly for the Lions.

Cornerback Lane Barnes scored twice by recovering a blocked punt in the end zone and picking up a FU fumble and stepping four yards into the end zone.

A 11-yard scoring pass from Madigan to Walter Bryant was sandwiched in between to make it 37-6 at the intermission.

The Lions, who received a nice game from Johnson (75 yards passing and 67 running) got on the board in the fourth period on a 4-yard scamper by the freshman signalcaller.

Ripon got a window dressing marker late in the game on a short run by Tyler McCoy.

While disappointed with the defeat, Wiltzius praised the play of Johnson.

“He’s very athletic and can really move around,” Wiltzius said. “We have to improve on our passing game.”

Kujawa caught four passes for 51 yards, while Davis had 66 yards in 13 carries.