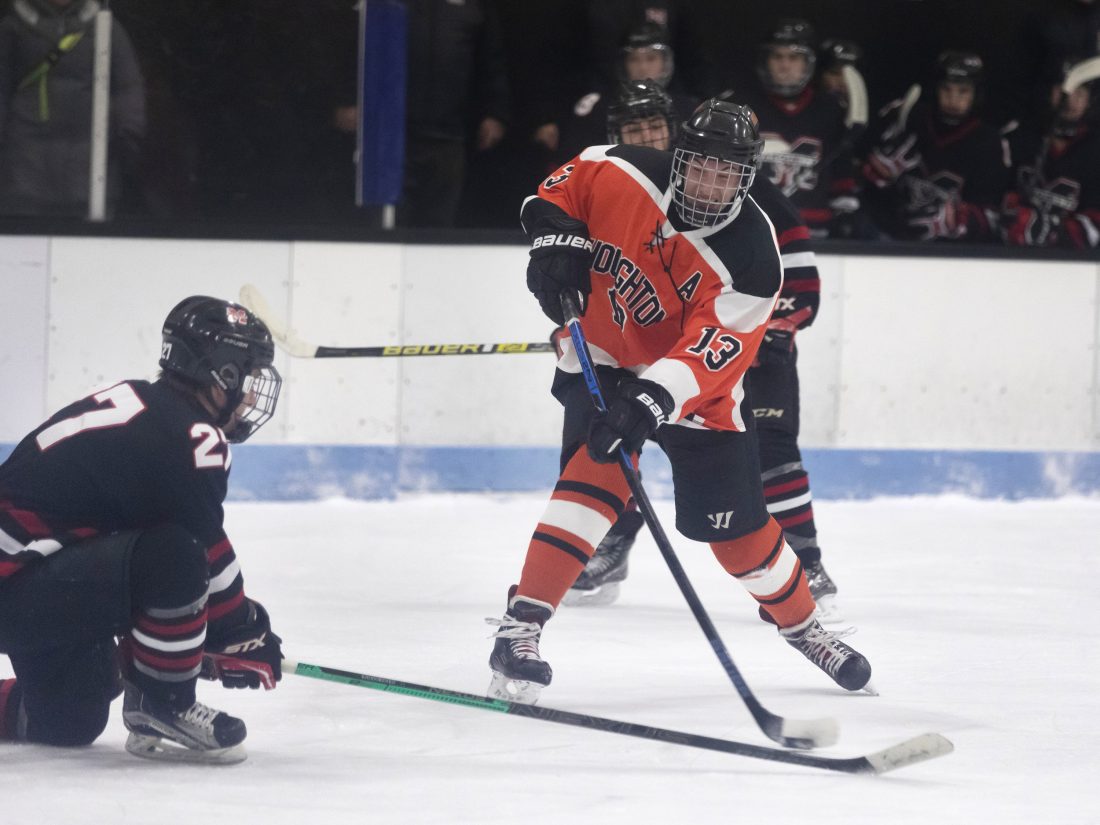 HOUGHTON — The energy on the ice was palpable Tuesday night as the Houghton Gremlins took care of the Marquette Redmen 3-2 at the Dee.

From the opening draw to the final buzz of the clock, both teams gave it there all.

“It wasn’t the prettiest game we played, but I liked our compete level,” said Houghton head coach Corey Markham. “Marquette came out strong and put us on our heals for a bit there in the second but we scored our goals when we needed them.”

The Redmen jumped out first with a goal at the 10:42 mark in the first period. Junior forward Dylan Baldwin picked up a loose puck at the red line and took off and turned it into a breakaway goal past Houghton goalie Jimmy Pietila.

The Gremlins came back to tie it, however, with less than two minutes left in the period with a wrist shot off the stick of senior Carson Stevens at the top of the circle. It was a power-play goal as Marquette’s Evan Kroll was in the box for goalie interference. 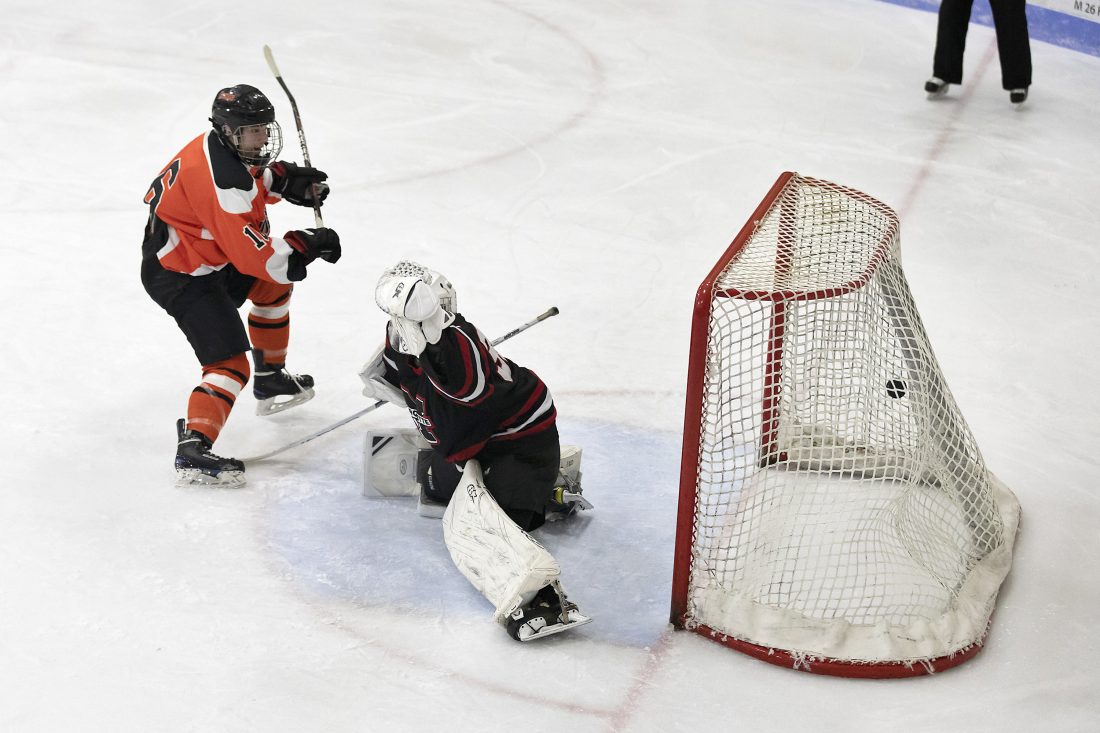 “I thought we played well early on and ultimately the game could have gone either way,” said Marquette’s head coach Doug Garrow. “The momentum changed a bit there with the power-play goal. I told the guys in between the first and the second that we are going to play strong but we are going to have to out-will them. This team (Gremlins) is extremely hard working. They do all the little things well.”

Just three minutes into the second period, Houghton took the lead as Stevens got his second goal of the night. He took a pass from Tucker Tapani in the slot and lifted it pass Redmen goalie Brennan Hakkola.

The Gremlins got another big break at the 4:39 mark when a melee in front of the Redmen’s goal resulted in Marquette’s Hogan Nemetz falling and covering up the puck in the crease with his glove. The infraction led to a penalty shot, which Gremlins senior forward Tucker Tapani took advantage of. He skated in and flicked a back-hand shot past Hakkola to make the score 3-1 after two periods.

Marquette open the third period strong and the put their second goal of the night on the boards at the 11:05 mark. Freshman defenseman Joe DeMattia had an open shot just right of the net and lifted it past Pietila.

The Redmen had there best chance to come back and tie it midway through the third period when they were on a 5-on-3 power play as Houghton had two men in the box. However, they couldn’t capitalize on it as the Gremlins masterfully kept them from getting any really good shots. 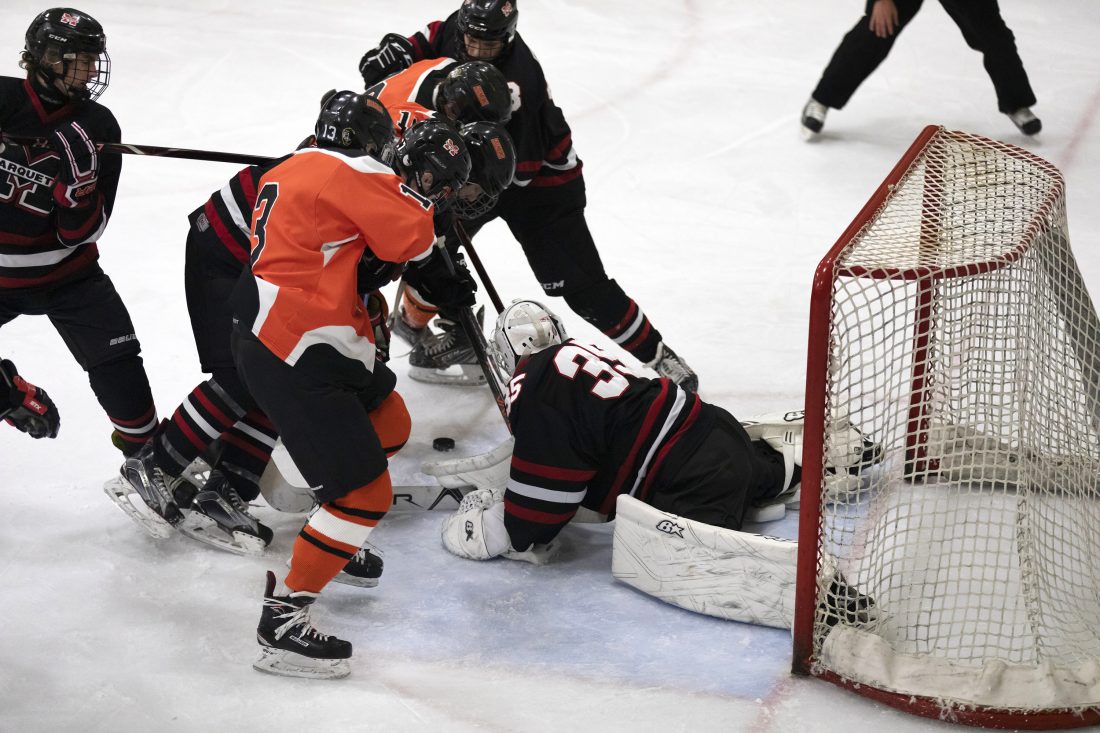 “That was huge for us,” said Markham. “We kept them passing on the outside. That was a key point in the game when you are up by just one.”

Pietila stayed strong in the nets till the end and help the Gremlins cinch the 3-2 victory. He finished with 33 saves.

“Jimmy (Pietila) was awesome,” Markham said. “We obviously rely on him a lot and he did the job.” 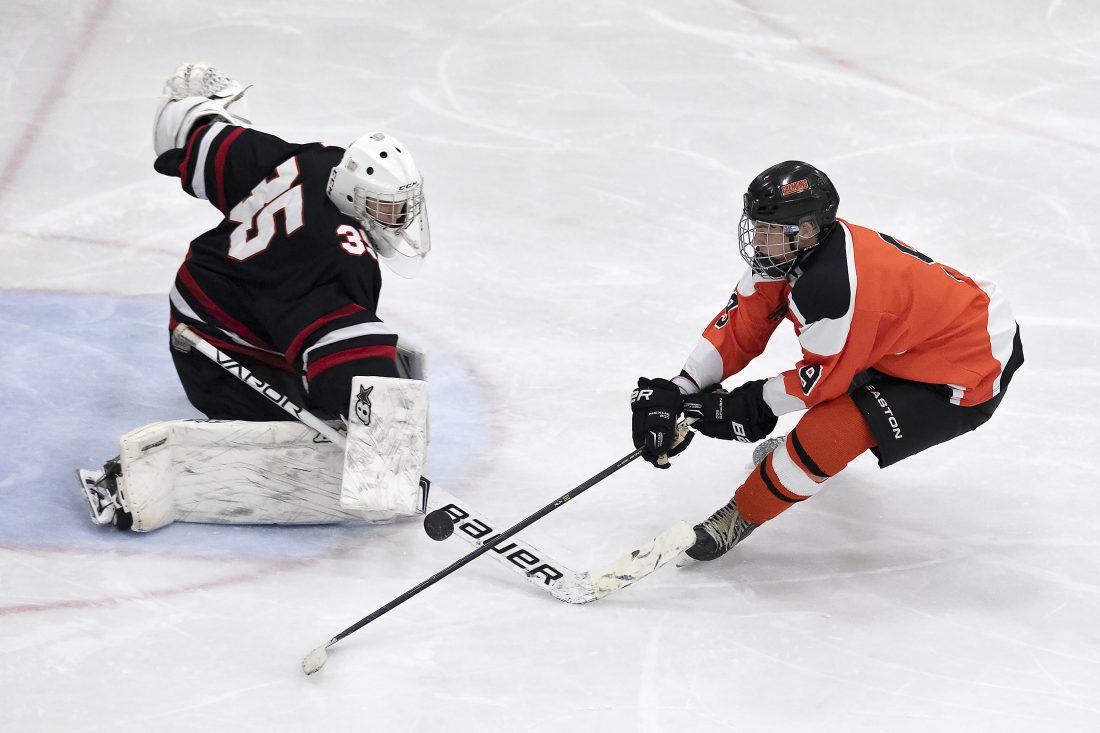 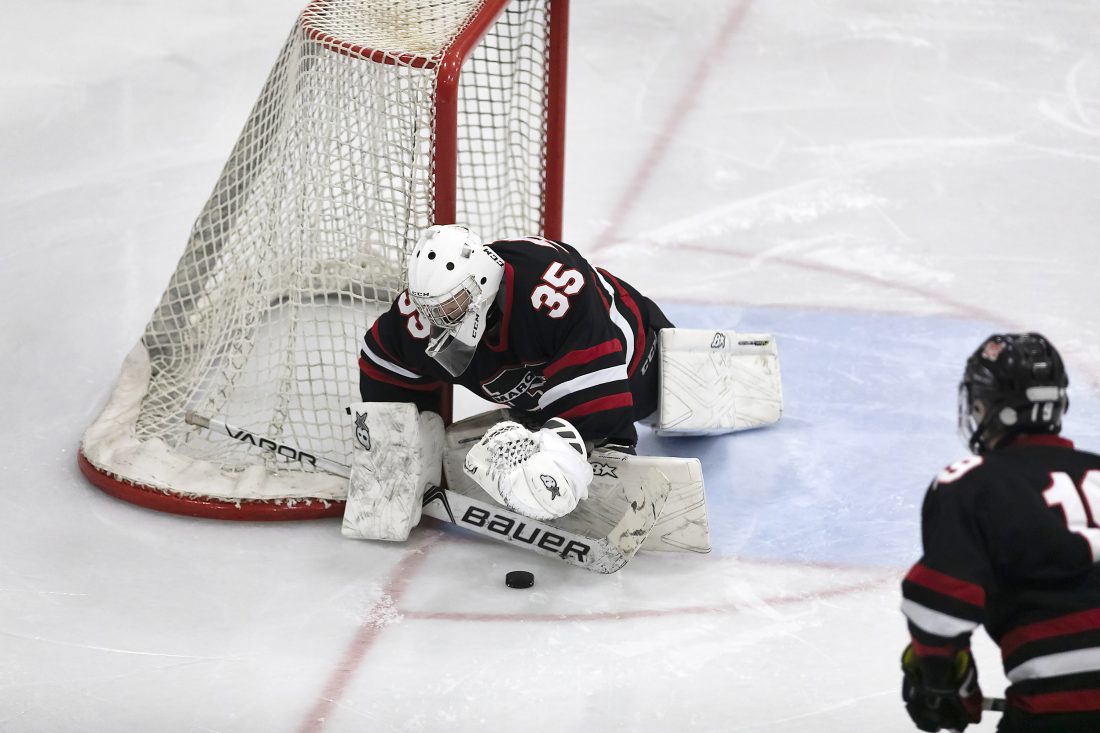