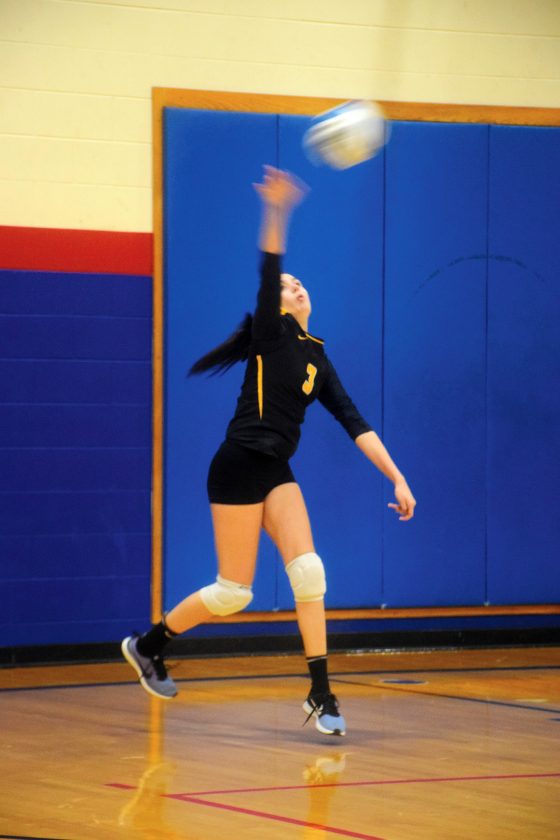 DOLLAR BAY — The volleyball regular season came to an end on Friday as the Ewen-Trout Creek Panthers took on the Dollar Bay-Tamarack City Blue Bolts and the Lake Linden-Hubbell Lakes.

Ewen-Trout Creek head coach Heather Borseth was pleased with the outcome. She said the two games were a good way to end the season.

“We’ve had an up and down season but we have been playing better here at the end,” she said.

In the first game, the Panthers jumped out to a 7-3 lead and never looked back.

“We have been working on our hitting and that went well tonight,” Borseth said.

Their big hitter of the night was senior Paige Bergland who had seven kills. Elise Besonen followed with 4 and she had 10 set assists.

Most impressive was the shutout served up by E-TC junior Abbie LeGault in the third set. She was at the line for all of the the Panthers 25 points. She led the squad with seven aces on the night.

“That was something else,” Borseth said. “The girls were getting excited as it got closer there at the end.”

In the second game, the Lakes held the upper hand as they swept the Panther in three games.

The Panthers ended the season at 10-5 and will face Ontonagon in district play next week.