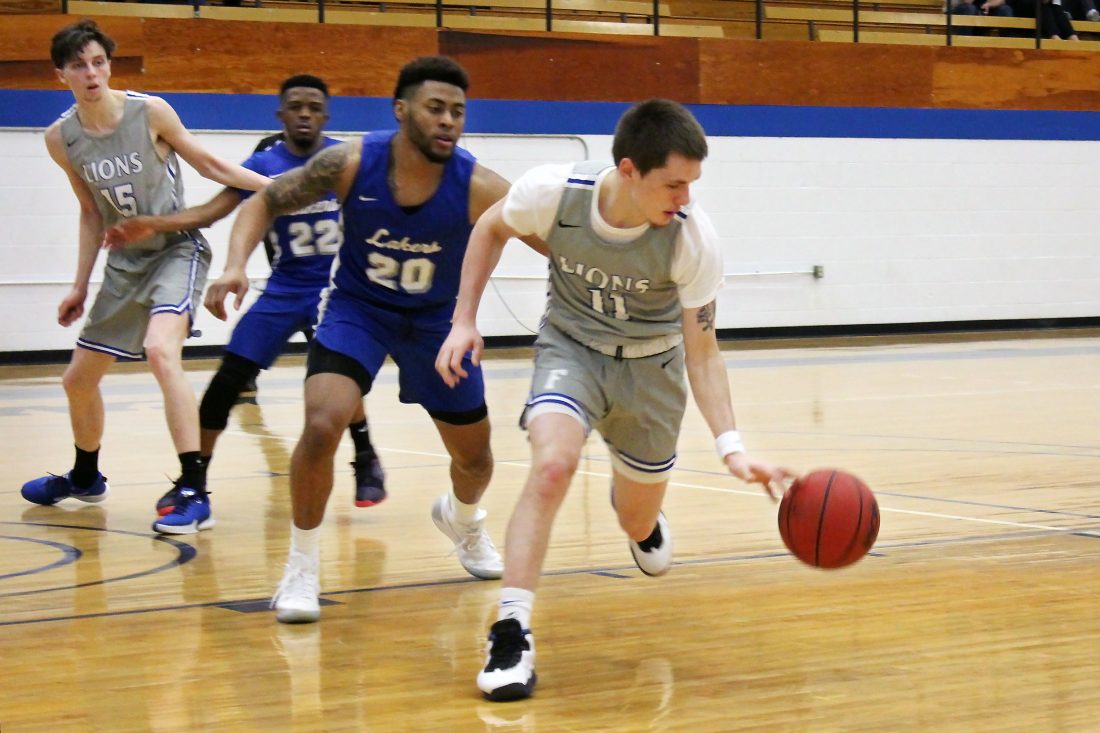 HANCOCK — A tremendous second half effort by Finlandia University’s Dylan Underwood went for naught as the Lions dropped an 86-74 game to Holy Family College Sunday afternoon at Paavo Nurmi Gym.

Underwood, a junior guard from Michigan City, Ind., scored 28 of his game-high 34 points in the second half. He also had a seven rebounds and five assists.

Casey said the size and speed of the Lakers made the big difference.

“They were just more physical than we were, which is nothing new,” he noted. “We got in a hole in the first half and couldn’t dig out of it.”

Holy Name held a 45-31 lead at the intermission behind the outside gunning of Deloran Oliver and Patrick Walls.

After falling behind by as many as 20 points in the second half, the Lions stayed within striking distance on the outside firing of Underwood and Kirksey, who combined for ten triples in all.

Oliver’s 19 points paced the Wisconsin squad, which is now 8-10 on the season.

Finlandia, 0-16, will host UW-Superior on Wednesday — a game Casey has hopes of winning.