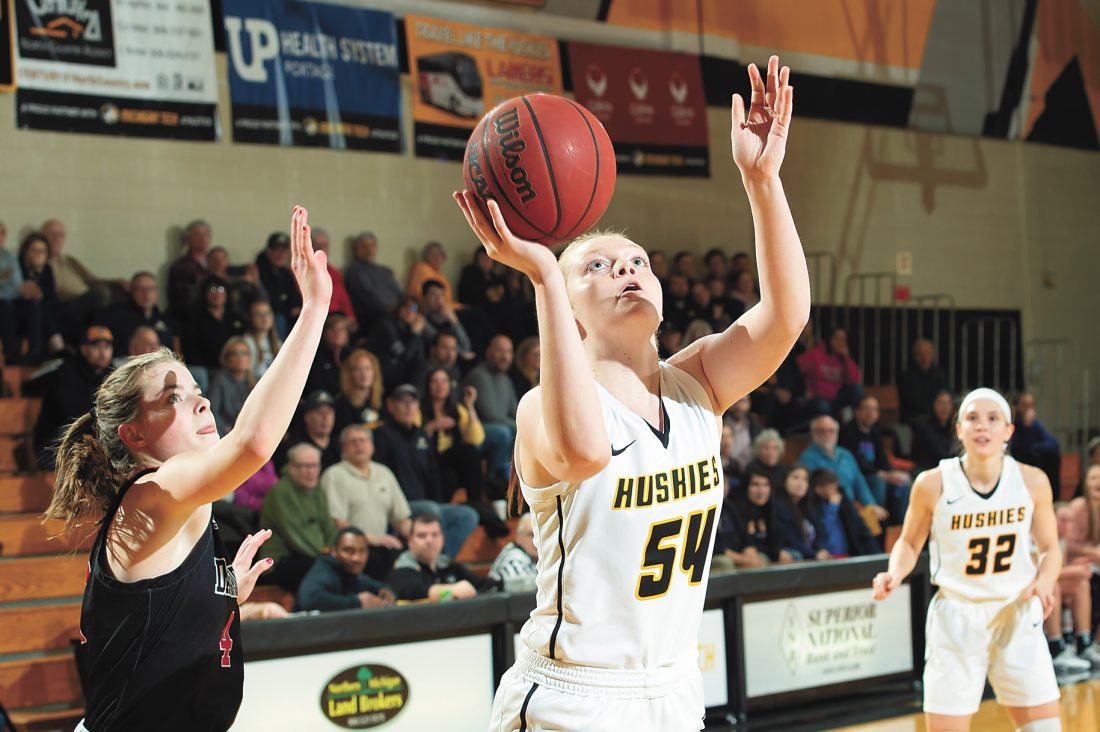 HOUGHTON — Ellie Mackay had a night to remember Thursday and it enabled her Michigan Tech teammates to notch a much-needed victory over Davenport.

Mackay registered a career-high 27 points in the Huskies 74-60 win at Wood Gym.

“Ellie (Mckay) was the story of the game,” MTU coach Sam Hoyt said. “We were all waiting for her to have that kind of game.”

For her part, Mackay, a sophomore from downstate Novi, felt it was important to the Huskies to have a good start against the visiting Panthers.

“We had a good start at Lake Superior State and tonight we got rolling pretty early,” Mackay said. “I was happy to see the shots dropping.”

Mackay dropped in seven-of-nine shots from downtown in keeping MTU a step ahead most of the way.

The Huskies’ defense also played a big role in avenging an earlier defeat to Davenport.

The Black and Silver were able to put the clamps on Panthers guard Toria Grace, who scored 26 points in the earlier game between the two squads.

“I really believe that she (Trotter) is one of the best defensive players in the league, if not the country,” the Tech mentor said. “She did a really good job in this game.”

One Davenport player that Tech had troubles with was 6-4 Jenna Falkenberg, who dumped in 24 points. But the brawny center needed 17 shots to record that total.

“She (Falkenberg) is such a dominating inside player that it’s tough to guard her,” Hoyt said. “But we used a number of players to keep in front of her and to keep the ball away from her. But she’s a good player and you have to give her credit.”

The locals secure a 35-32 halftime lead, although the Panthers used the inside play of Falkenberg to stay close.

The hot hand of Mackay helped Tech to a 26-15 advantage in the third quarter and a 61-47 lead at quarter’s end.

In addition to the big game by Mackay, the always reliable Botz cashed in 10 points and a team-leading 13 boards. Trotter added six assists and 3 steals in her all-around game

Madison Jones and Scout Nelson were good for 12 and 11 points respectively for DU.

Falkenberg hauled in 8 rebounds to lead her team.