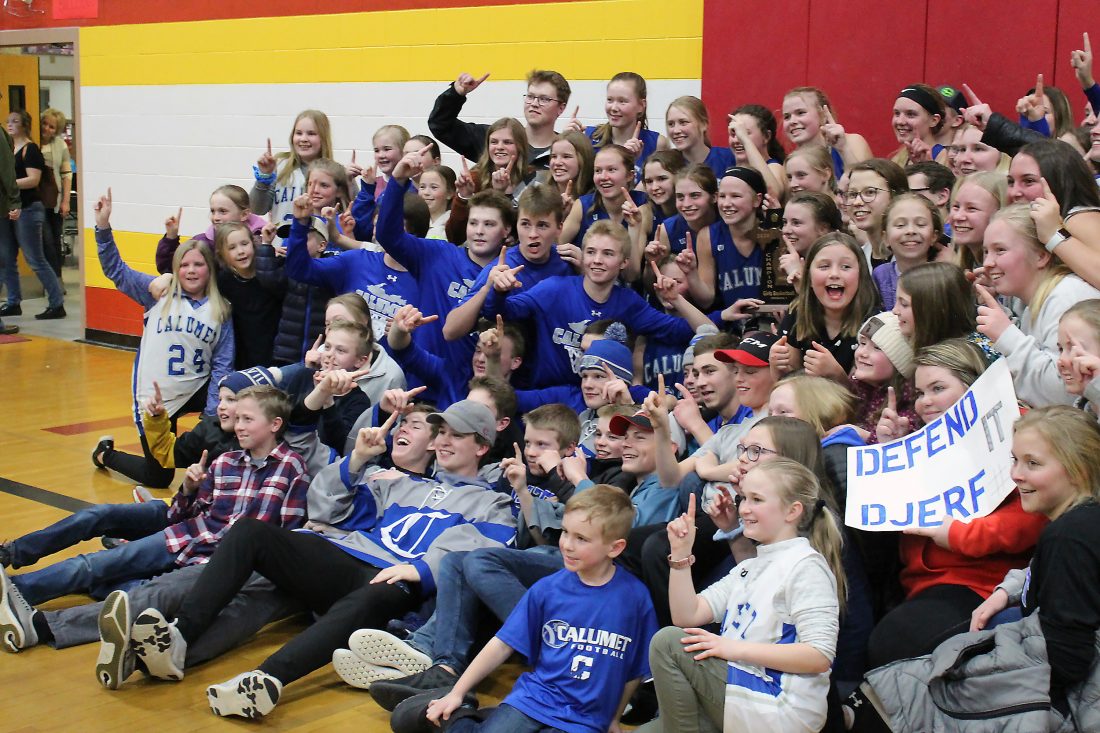 HANCOCK — If you like thrills and suspense, Friday night’s Division 3 District 65 championship between Calumet and Hancock had it all.

In the end, the Copper Kings walked away with a double overtime 52-47 win at a jam-packed and noisy Hancock Gym.

“It was a heckuva of a game,” a happy CHS coach Matt Laho said. “Both teams battled hard. We cut it pretty close, though.”

The ‘Kings were down to a single second in regulation play when Elli Djerf put up a rebound shot to knot it at a 42-all.

“We gave them (Kings) way too many second chance shots under the basket,” Hancock skipper Dan Pertile said. “That and some real costly turnovers.”

For one half, the Bulldogs had a perfect game plan: Limit the elusive Djerf and work the ball inside.

The strategy resulted 17-11 and 31-20 leads after the first two frames as Isabella Hebert, just a freshman, dumped in 14 points.

“We played really well in the first half,” Pertile said of his team. “We couldn’t sustain it.”

But Calumet ratcheted up its defense in the third quarter. A trio of three-point baskets by Marybeth Halonen (two) and one by Djerf cut the lead to 36-31 at quarter’s end.

The Crimson and Gold still appeared in good shape at 42-38 with a minute left on a hoop by Hebert, who led the ‘Dawgs with 21 points.

A basket by Halonen set the stage in the waning seconds for Djerf to play hero.

Both sides squandered chances in the first overtime period which ended in a 46-46 deadlock.

Two free throws by Halonen and two baskets by Liz Torola gave the Copper Kings their margin of victory.

“Liz Torola came up big late in the game, she made those key baskets at the end but also played some nice defense in there,” Laho said.

Halonen’s 25 points and 11 boards paced the northend crew. Djerf followed with 17 points and six steals, while Torola chipped in 6 points and 9 rebounds.

“It’s a very tough loss for our team, but especially for the seniors,” Pertile said.

Is it already too late for us?