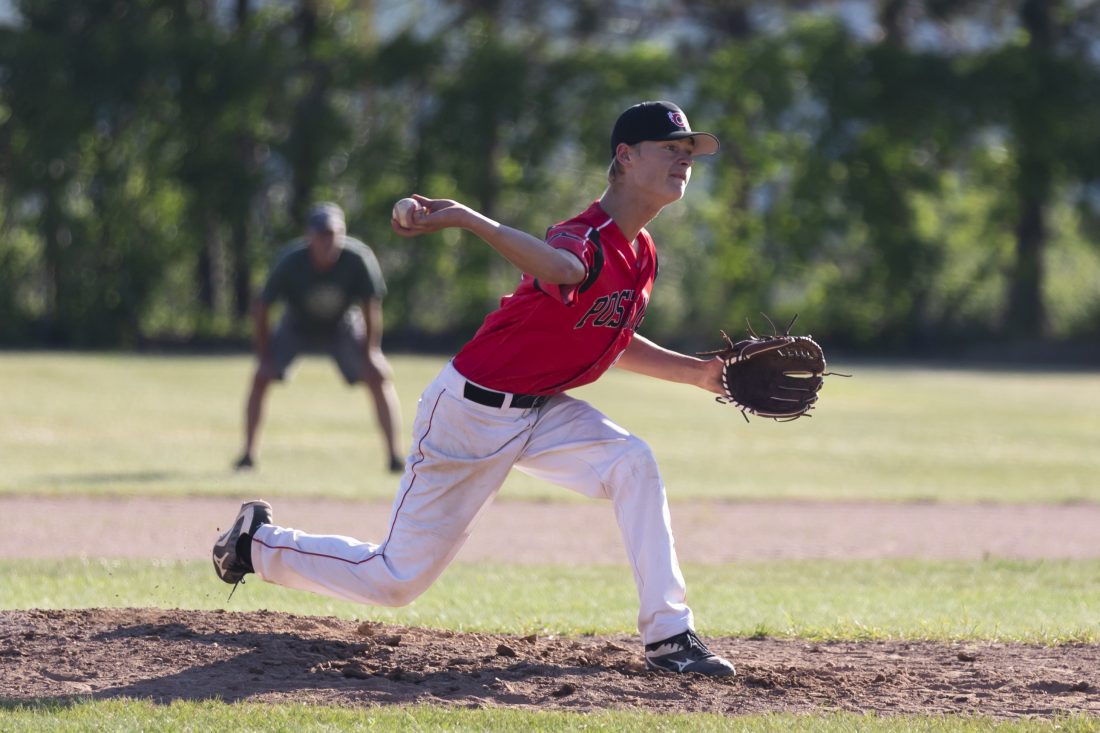 HANCOCK — The Copper Country Flames blew the doors open early in a doubleheader sweep against Negaunee on Friday.

The Flames (3-4) scored seven runs in the first inning en route to a 26-2 win in the twinbill opener. Copper Country stuck it out through a close game for a 9-8 win in the nightcap.

“First game, non-competitive, not much to say about it. Second game, competitive game, much better,” Copper Country coach Robb Oldt said. “We had to pull out a win. It was nice to be able to do that. Good team win. Kids came in, did their part. Fairly slappy ball all the way around, both sides, but you’re going to have that.”

A combination of some baseball luck and a blue-collar grind it out approach helped the Flames to the wins. On offense, the Flames hit where the Negaunee defense wasn’t with Texas leaguers, soft pop flies that landed just beyond the infield dirt, and an occasional barrel. Negaunee (2-4) barreled up with solid contact, the majority of which were lineouts to outfielders who took hardly more than a few steps for the catch.

“We had some guys under the ball quite often, sure,” Oldt said. “First game, yeah, we found holes, for sure.”

Levi Frahm threw a complete game in the opener. He gave up both runs in the first inning and settled in after. Frahm finished the game having given up five hits with four walks and two strikeouts.

The Flames’ offense racked up 17 hits in the first game.

Negaunee took the field with more spirit in the second game, taking another 2-0 lead in the first inning.

Copper Country responded with four in the bottom half to take a 4-2 lead and added another run in the second.

Negaunee responded with two in the fourth and four in the fifth for a 6-5 lead.

Negaunee’s third lead of the day, for the third time, lasted less than an inning. The Flames answered with four runs in the bottom half. Copper Country took advantage of three Negaunee errors in the inning, along with a walk and hit-by-pitch to retake the lead for good.

Copper Country tight-roped out of the top of the seventh as Negaunee loaded the bases with two outs with two walks and a hit-by-pitch. A groundout to third base ended the threat.

Jurmu started the second game for Copper Country. Bach also pitched. The duo gave up a combined eight runs on five hits. They walked a combined seven batters and struck out four.

“We are short-handed, but we were able to get through the doubleheader,” Oldt said. “We’ve had two arms down today, hopefully they’re back for Sunday.”