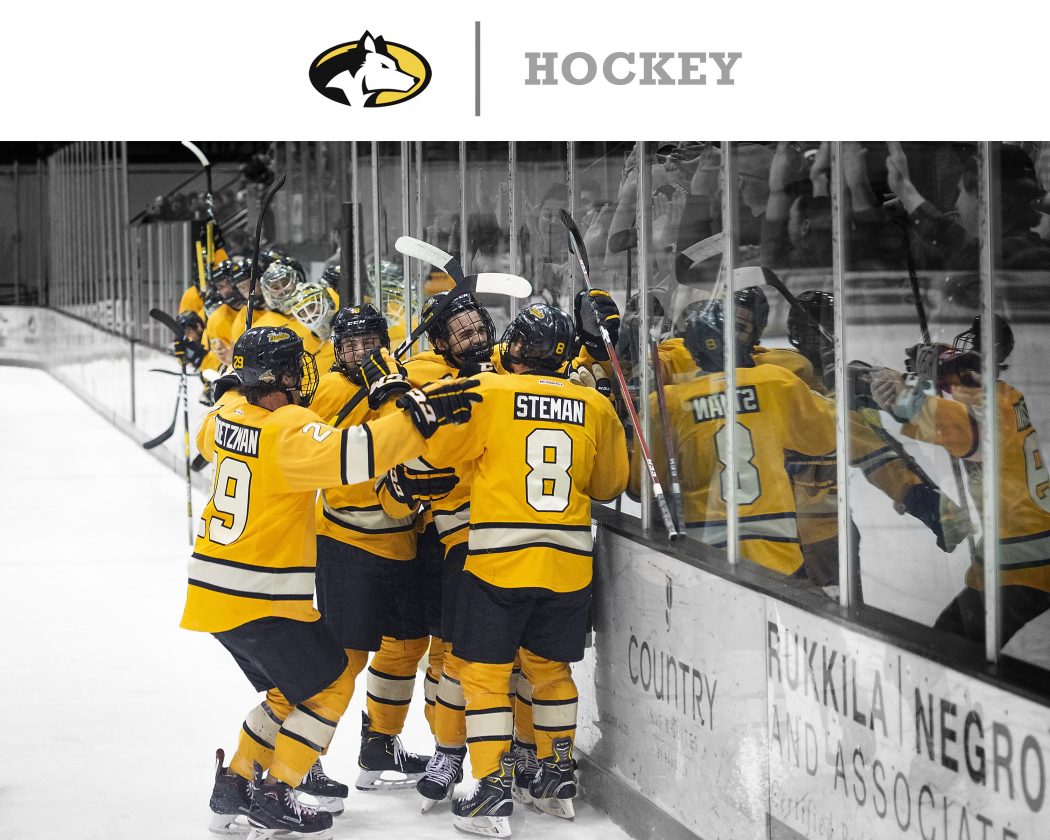 The bounces have been going Michigan Tech’s way the last two weeks.

Ray Brice’s goal to open the scoring two minutes into last Saturday’s game in Marquette is one of those bounces.

Brice carried the puck into the zone along the left boards, looking at TJ Polglaze in the middle, cutting to the Wildcats net.

Brice snapped the puck across, but it hit a Wildcats’ defender’s shin pad and past NMU goaltender John Hawthorne.

The bounce, and the goal, went a long way in helping the Huskies dictate the tempo that night, a day after winning 3-2 in Houghton.

The bounces, and the goals, are things the Huskies have had during their four-game win streak.

And those are things Tech didn’t have six weeks ago against Alaska.

While Tech scored three goals on the weekend, the Huskies were slow in generating offense early on in both games.

The Nanooks, with many lean years near the bottom of the WCHA standings, had swept the young Huskies at the John MacInnes Student Ice Arena and some started sounding alarms on Michigan Tech.

The Nanooks (8-8, 6-4 WCHA) showed since then that they’re a team to be reckoned with. They’re tied for second in the WCHA with Bemidji State, behind only Minnesota State, the nation’s No. 1 team.

The Huskies (7-6, 5-5) are tied for third in the conference and travel to Alaska looking for redemption against the Nanooks. But they’re going with a more consistent and confident offense.

And no, the Huskies didn’t get caught in Wednesday’s snow storm. As teams usually travel to road games on Thursdays, Tech traveled to Chicago on Tuesday.

And part of the challenge with playing in Fairbanks is adjusting to time change. Friday’s and Saturday’s games start at 11:07 p.m. EST.

Tech senior goalie Matt Jurusik has started and played through all of Tech’s four-game win streak. He has a .942 save percentage and a 1.75 goals-against average during the win streak.

Jurusik is 12th in the nation in goaltending with a 1.90 goals-against average. Minnesota State’s Dryden McKay is first with a 1.17 GAA.

Michigan Tech’s defense is the team’s mainstay this season. The Huskies are eighth in country with two goals allowed per game.