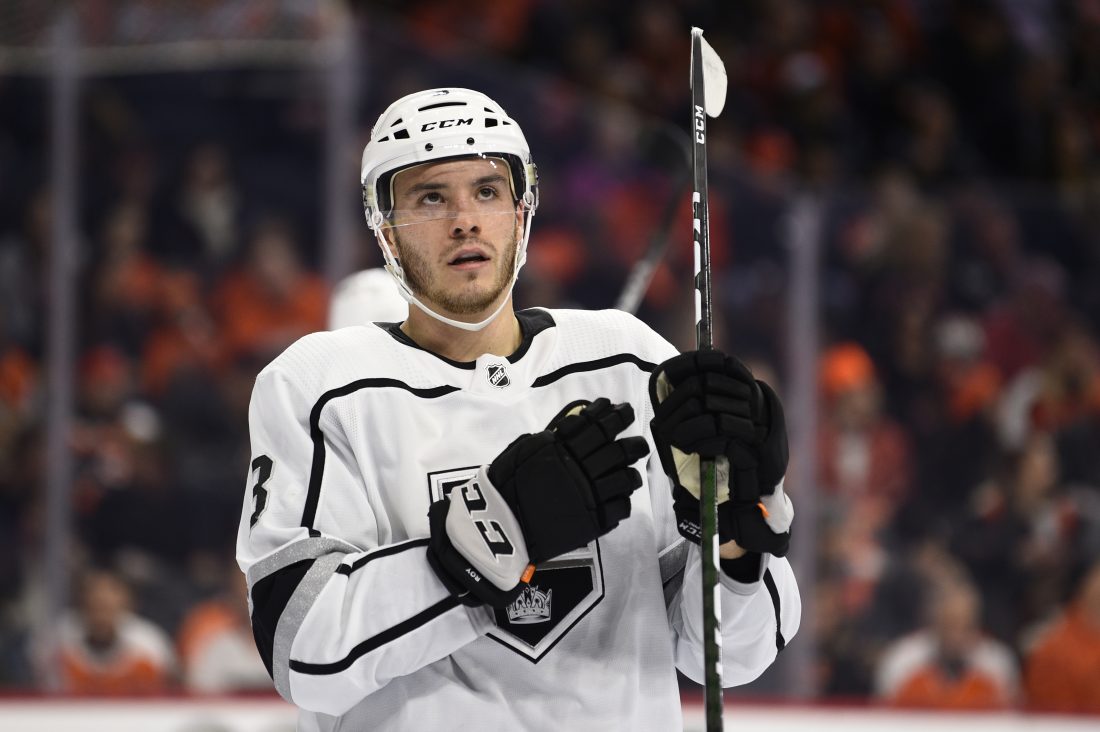 Roy was honored with the Mark Bavis Memorial Award for Best Newcomer and was also named the Outstanding Defenseman, the top Defensive Player and Unsung Hero.

The Unsung Hero Award was voted on by his King’s teammates and the other three were selected by media covering the Kings.

Roy was one of only four NHL rookies to play in every game, appearing in 70. He scored four goals and 14 assists.

The Kings’ season ended March 12 when the NHL suspended play due to COVID-19. The league plans a return with the top 24 teams in the standings for the playoffs. The Kings were 29-4-6, finishing 28th in the standings.

Roy was a seventh-round (194th overall) selection by the Kings in the 2015 NHL Draft and played 115 games over three seasons (2014-17) with the Huskies, recording 55 points on 12 goals and 43 assists before signing after his junior season on March 27, 2017. Roy was Tech’s team leader in assists with 21 as a junior and had the assist on the game-winning goal six times. He was a two-time All-WCHA selection.

Roy received his diploma from Michigan Tech in December 2019 after he completed his bachelor of science in sports and fitness management. He was also recently named the Kings’ NHL Players’ Association representative.